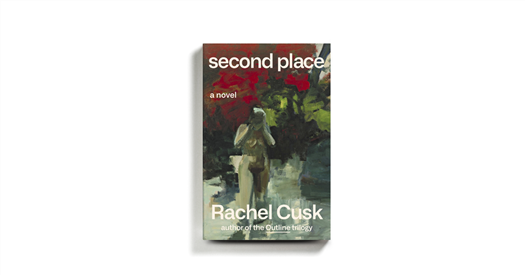 You know when you’re reading a page of Rachel Cusk’s fiction. Her narrators tug insistently if coolly at the central knots of being. They analyze every emotion as if it were freshly invented. Nothing is extraneous.

The slightly detached, hot-but-cold quality of Cusk’s work is emphasized by her publisher’s striking use of the serifless roman typeface Optima, with wide leading between the lines. Optima is unusual to see in a novel; it delivers to my eyes a chill sense of the void.

Cusk has employed Optima at least since the Outline trilogy, the novels that made her name unignorable. It’s as distinctive, in its way, as The New Yorker’s Irvin font. I tried using it to type this piece. It made me feel I was working on Laurie Anderson’s laptop.

“Second Place” is Cusk’s first novel since the Outline trilogy concluded with “Kudos” in 2018. Admirers of those books will feel at home here, perhaps too much so.

The narrator is familiar: a sharply observant writer in middle age. The themes are similar, too: art, literature, travel, fate, houses, physical beauty and its perceived fading, and parenthood, described here as “the closest most people get to an opportunity for tyranny.”

But much is different. Unlike the Outline novels, “Second Place” tells a single story and takes place in one household; it’s about a limited set of characters. More notably, this book has a swirling hothouse quality that’s new.

It’s as if Cusk has been reading Joyce Carol Oates’s best novels. She digs into the gothic core of family and romantic entanglements. I filled the margins with check marks of admiration, but also with exclamation points. This novel pushes its needles into the red.

The story is this: M, a writer who lives with her second husband, Tony, on a remote piece of property, invites L, a famous younger painter whose work she admires, to come and stay in their “second place,” a cabin that’s an artist’s retreat of sorts, one they often lend out.

“I would like you to come here, to see what it looks like through your eyes,” M writes to L, describing the “conundrum” of the landscape to him. “It is full of desolation and solace and mystery, and it hasn’t yet told its secret to anyone.”

This is probably the place to pause and say that Cusk tells us, in a short afterword, that her novel “owes a debt to ‘Lorenzo in Taos,’ Mabel Dodge Luhan’s 1932 memoir of the time D. H. Lawrence came to stay with her in Taos, New Mexico.” 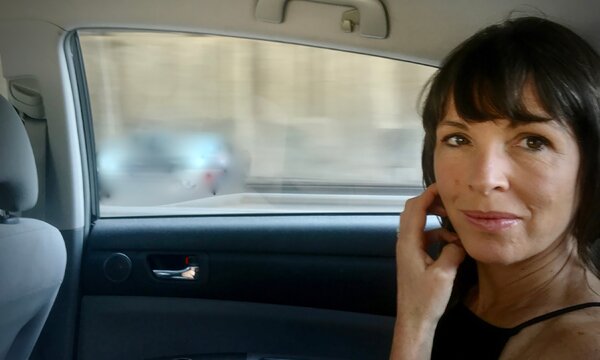 You don’t need to have read Luhan’s memoir (I hadn’t until this week) to enjoy Cusk’s novel. Luhan’s book is a treat, though, and deserves to be better known. Lawrence was irritable and intense, as is the painter L in Cusk’s novel.

Both books are addressed to “Jeffers.” In Luhan’s case, this was her friend, the poet Robinson Jeffers. In Cusk’s novel, Jeffers’s identity remains a mystery. Someone could write a term paper on the overlap between the books.

My favorite overlaps are funny little ones. In Luhan’s book, for example, Frieda Lawrence, who visits with her husband, has “a mouth rather like a gunman.” Cusk gives L’s girlfriend, Brett, an unusual mouth, too (“her strange letterbox mouth hung blackly open”). Luhan rarely turned down the opportunity to smash a line home with an exclamation point, and it’s interesting to see her overheated tone bleed into Cusk’s cooler aesthetic.

M catastrophizes nearly every moment. After an early conversation with L, she writes, in language that is not untypical in this novel: “I would like to have burst into tears — such strange, violent impulses were coming over me, one after another. I wanted to lie down and hammer my fists on the grass.”

M did not expect L to bring a girlfriend, especially not a beautiful young one. Her reaction to Brett is the reader’s first sign that M is close to the brink, mentally, and that this book will be a windswept affair. She wails that Brett’s arrival “changes everything.” She is furious that L wants to paint portraits of everyone but her. She speaks of harming herself.

One doesn’t come to a Cusk novel for plot but for her extra-fine psychological apparatus. Yet there is a fair amount of plot in “Second Place.” M’s 21-year-old daughter, Justine, is home with her boyfriend. M loves her daughter but resents the way children force their parents to give up their places in the sun.

Justine grows close to Brett, who is either uniquely accomplished or a truth-stretcher worthy of Patricia Highsmith’s Tom Ripley. Brett claims to have gone to medical school, sailed alone across the Atlantic, had a solo show of her photographs and danced in the London ballet, though not all at the same time, I think.

The novel’s climactic moments begin when L finally agrees to paint M’s portrait, and Tony — who is earthy, reliable, taciturn, a rock — threatens to leave her if she goes to him. She goes; somehow this painting will be a signature on the bottom line of her personality.

Tony is this novel’s moral beacon; his example matters, because the book presses down on the topic of male privilege. M envies L’s freedom, in both his life and his art — his disregard for convention. He was lucky to have been born in a male body, she thinks. “A woman could never throw herself on fate and expect to come out of it intact.”

L is a man without any decent instincts at all. Women seem to surround and attend to him as the houris do to the devout immortals in Islam’s paradise. He commands everyone’s attention but no one can command his. Is he a sacred monster, or just a monster? Is there a difference?

If I could have rubbed a lamp and lightened this book’s lurid intensities, I might have. It is not a novel that gladdens the soul. But gladdening the soul has never been Cusk’s project.