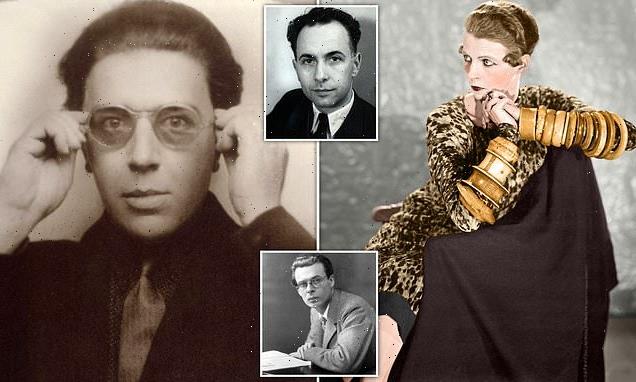 Racy heiress who cheated on her lover with his friend …in the next room! Nancy Cunard slept with geniuses from Aldous Huxley to Ezra Pound, but thought nothing of betraying and belittling them — or even beating them black and blue…

FIVE LOVE AFFAIRS AND A FRIENDSHIP

You would not have liked to be slapped across the face by Nancy Cunard. All the way along her stick-thin arms, from her wrists to her elbows, she wore rattling ivory African bracelets. Any lover who was annoying her would eventually feel the full force of the wide bangles hitting their cheeks as the swipe landed.

Nancy Cunard in 1925. She was beautiful (‘the best woman face of our time,’ according to a male friend), extremely rich as an heiress of the Cunard shipping family

That vignette from Anne de Courcy’s highly readable romp through Nancy’s prime of life, much of it taking place in the louche nightlife of Paris in the 1920s and early 1930s, e­ncapsulates some salient facts about Nancy.

She was beautiful (‘the best woman face of our time,’ according to a male friend), extremely rich as an heiress of the Cunard shipping family, impulsive, a heavy drinker, easily bored and utterly irresistible to men, whom she reduced to doe-eyed puppies. A spoilt rich girl, in other words.

Yet here she was, sporting her bangles, which advertised her love of all things African, and cohabiting with Henry — a black jazz pianist she’d spotted at a nightclub.

Her relationship with him would lead to her becoming a campaigner for black rights, collating a vast anthology on the subject. Those were the days when many English hotels and restaurants wouldn’t let a black person through the doors. 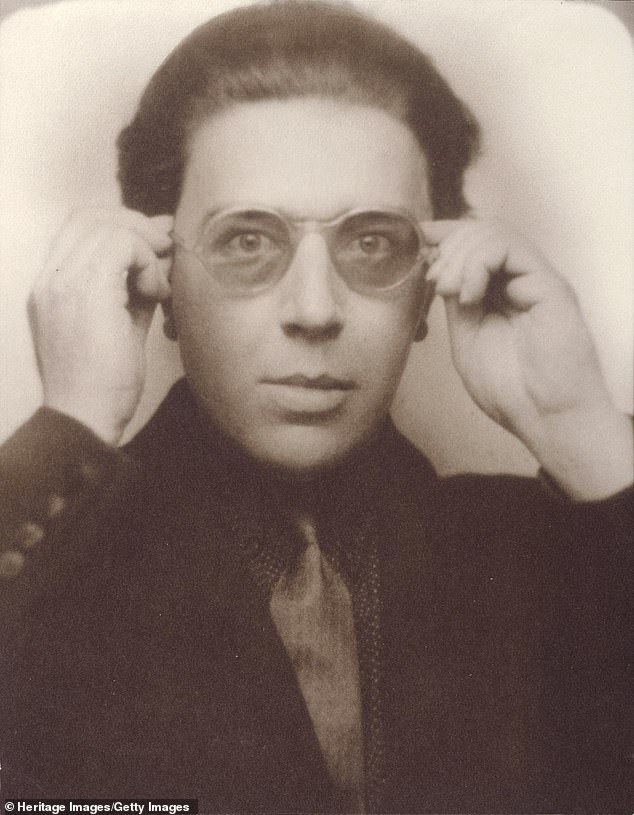 Nancy’s profound loathing of her mother, Maud (who would change her name to Emerald, her favourite stone), came to a head over this relationship. Maud had no idea the affair was going on until one day at a lunch party in London, Margot Asquith asked her, of Nancy: ‘What is it now, Maud? Drink, drugs or n*****s?’

When Nancy and Henry arrived in London soon after this and checked in to their favourite restaurant with rooms — the normally welcoming Eiffel Tower — they were asked to leave.

They discovered that Maud had sent detectives and the police round. Nancy was furious and never spoke to her mother again. She had disliked her all through her neglected childhood, when Maud had landed her with a s­adistic governess, Miss Scarth, who force-fed her, giving her a lifelong loathing of food.

Her adulthood was one long, violent reaction against this r­epressive childhood.

To simplify the crazy story of Nancy’s life, so rife with casual love affairs brought on by all-night drinking that it’s hard to keep a tab on them, de Courcy focuses on what she sees as Nancy’s main relationships: ‘Five love affairs and a friendship.’ 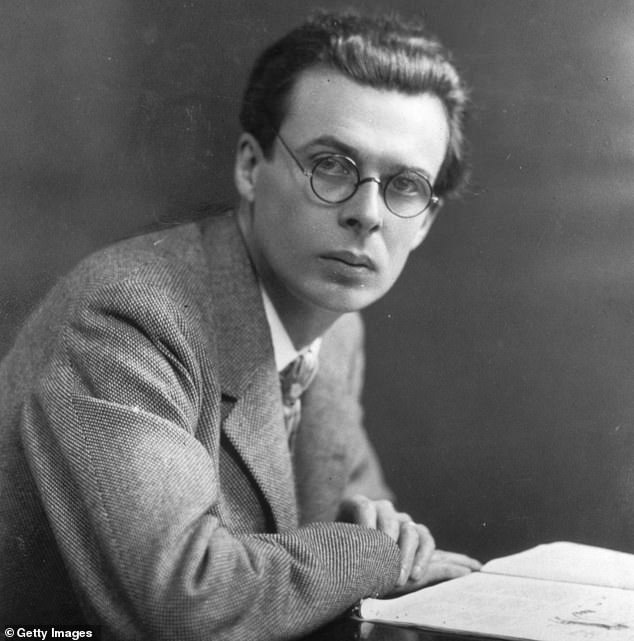 Next for Nancy was Aldous Huxley, (pictured) who fell madly in love with her in 1923. They had only a brief affair

She doesn’t count the marriage, a brief one in 1916 to Army officer Sydney Fairbairn, which Nancy went through purely ‘to get away from Her Ladyship [as she called her mother] and have a home of my own’. She discarded poor, unloved Sydney as soon as World War I was over; they had a legal separation followed by a divorce.

The ‘friendship’ of the book’s title was with George Moore, 44 years Nancy’s senior, who had been one of her mother’s lovers. Nancy always wondered whether she was in fact his daughter.

As an older man, a kind friend and adviser, ‘G.M.’ was a constant in her restless life. Only once did he overstep the mark. He asked her to let him see her naked.

‘I am sure you have a lovely body — now why won’t you let me see it? I am an old man.’ Nancy did take her clothes off for him. ‘Oh what a beautiful back you have, ’ he said. ‘It is as long as a weasel’s.’ Both the scene and the animal comparison come across as a bit creepy. 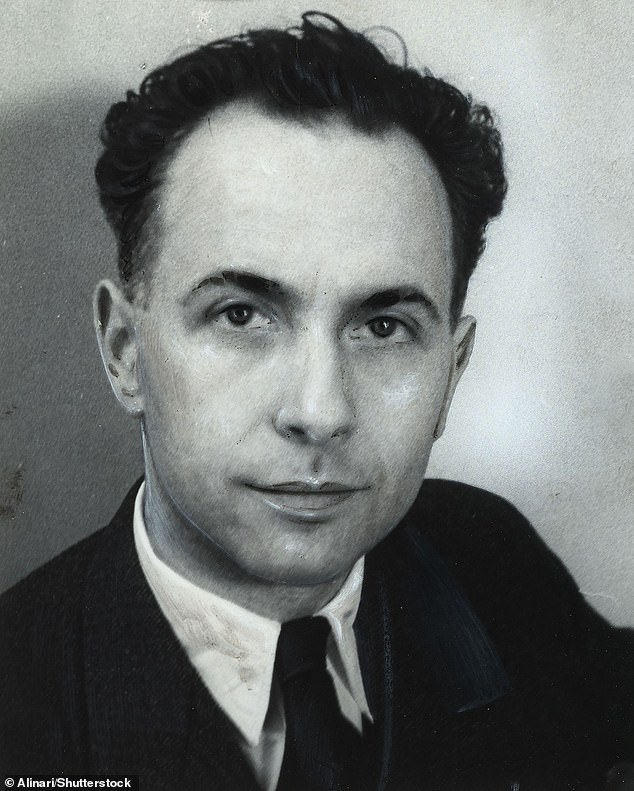 Louis Aragon, (pictured) a founding member of the Surrealists and ‘beautiful as a young god’, as Nancy described him. They were each ‘dazzled by the looks, style, intellect and wit of the other’

The five main love affairs, as de Courcy tells it, were these. First, the writer Michael Arlen, who wrote a novel called The Green Hat in which Nancy featured as the femme fatale Iris Storm. Arlen was born Dikran Kouyoumdjian, the son of an Armenian merchant family who had fled first to Bulgaria and then to Lancashire.

Nancy’s friend St John Hutchinson remarked, with typical 1920s disdain for anyone of a different skin colour: ‘I really can’t see why you like this ghastly oriental rugmerchant.’ But Nancy did.

She had abortions, and then a hysterectomy aged 24. Being unable to have children gave her sexual freedom, but de Courcy thinks it also gave her a feeling of ‘separateness from the world she moved in’.

Increasingly, she took refuge in writing poetry — pretty bad poetry, from the examples given here. (‘Bored by it all was I…’)

Ezra Pound, modernist poet and lover number two, said to Nancy gently: ‘My dear, why the devil do you write in that obsolete dialect with the cadences of the late Alfred Tennyson?’

Pound (who was married and also having an affair with someone else) was good for Nancy in that she loved him more than he her, which gave her a taste of the heart-sick pining she inflicted on others.

She bombarded him with tiresome letters complaining of her boredom and begging him to join her in Venice. Eventually he went off with a concert violinist. Next for Nancy was Aldous Huxley, who fell madly in love with her in 1923. They had only a brief affair, Nancy describing being made love to by him as ‘like having slugs crawl all over you’. In Huxley’s novel Count Pointer Count he expressed the agonies of frustrated passion brought on by the affair. 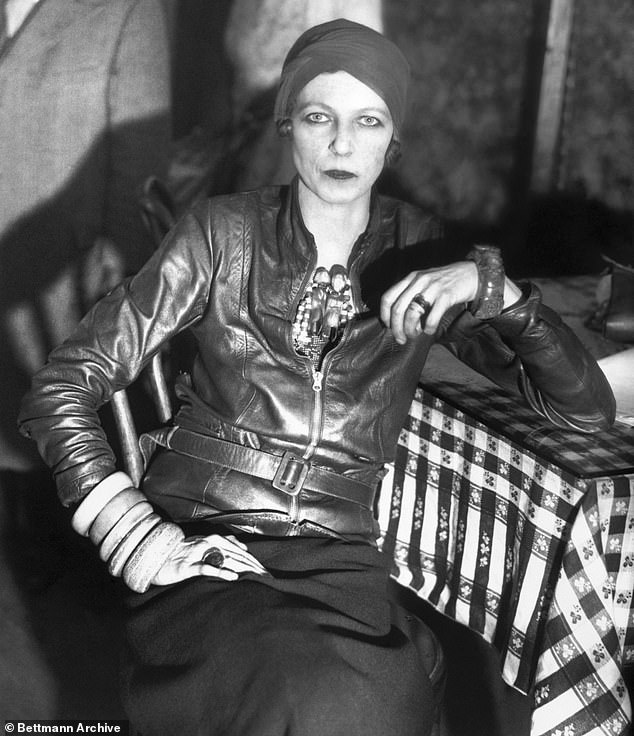 She had abortions, and then a hysterectomy aged 24. Being unable to have children gave her sexual freedom

Next up was Louis Aragon, a founding member of the Surrealists and ‘beautiful as a young god’, as Nancy described him. They were each ‘dazzled by the looks, style, intellect and wit of the other’.

The gossip columnists announced that the couple were planning to marry, but Nancy rebuffed the rumour and, sure enough, they started to quarrel, bringing on a slap or two.

Then, while in N­ormandy, Nancy started an affair in the next-door bedroom with Aragon’s co-Surrealist Andre Breton. Aragon had to open the window in order to drown out the sound of their lovemaking with the sound of the sea.

And then it was Henry Crowder, who sailed back and forth across the Atlantic at Nancy’s beck and call, unable to resist her but often desperate to get away from her, having witnessed her ongoing promiscuity. Eventually she dumped him for ever. But said: ‘Henry made me. I thank him.’

He ‘made her’ in that the relationship opened her eyes to the in­justices being done to black people, and thus gave her a cause.

Staying in a Harlem hotel to research her first polemic, Black Man And White Ladyship, she received messages from the likes of the Ku Klux Klan: ‘Mrs C you are making a lousy hoor [sic] of y­ourself …can’t you get a white man to satisfy you…’ And so on.

‘Her life’s purpose,’ as a friend put it, ‘was to use her universal anger for the moral evolution of mankind’.

De Courcy gives us a glimpse of Nancy’s life after the pre-war years, the focus of this book.

She would become a pathetic, alcohol-dependent figure who was once imprisoned for throwing her shoes at a magistrate. She died in 1965, a week after turning 69, weighing just 4st 7lb.