Mother’s little helper: Rich men, diamonds and casual sex were a way of life for Sarah Aspinall’s mother as they roamed the world. In this riotous memoir, she reveals the unique education their lifestyle gave her

DIAMONDS AT THE LOST AND FOUND

Sitting in a Hong Kong restaurant, Sarah Aspinall senses her mother is becoming restless and knows what she must do.

Eight-year-old Sarah makes her way to the bar and wedges herself next to a man on a stool. After ordering a Coke, she smiles sweetly at him and says: ‘I don’t suppose you can look after my mummy when I go to bed?’

Shortly afterwards her mother Audrey, smelling of ‘Martinis, mink coats and diamonds’, has swept out for a nightcap with the stranger from the bar while Sarah lies in her hotel bed, knowing that her mother won’t be back until morning. 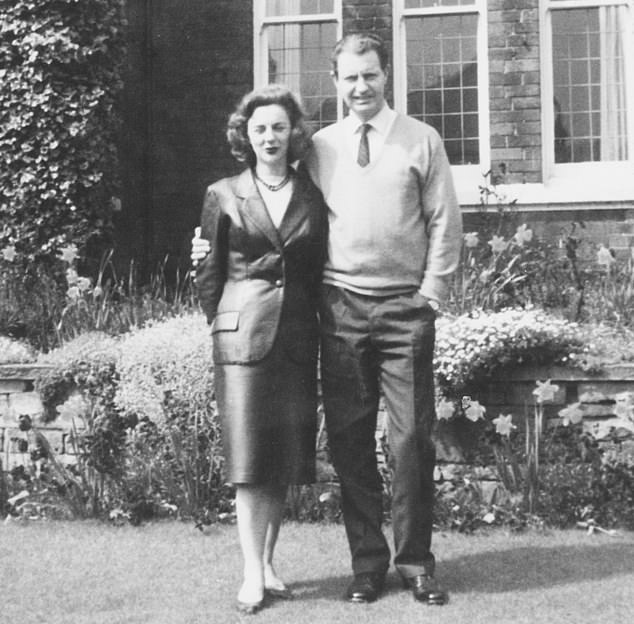 Sarah Aspinall recalls her crazily erratic childhood in a fascinating memoir about her mother Audrey. Pictured: Audrey with Sarah’s father Neil McNicoll in the 1960s

This memoir of a crazily erratic childhood is dominated by Audrey, whose exuberance makes her all but leap off the page. Beautiful, funny and sexy with a voice that sounds ‘excited and drowsy at the same time’, she has so much charm that, in her daughter’s eyes, her very presence makes a room seem as if ‘the chandeliers have just been lit and everything sparkles’.

Audrey is also unpredictable and self-centred, has an eye on the main chance and is chock-full of secrets. From an early age, Sarah senses there are things about her mother’s life which don’t add up: the big house they moved into even though they didn’t have any money, the mysterious phone calls at all hours, and the trip which takes them all over the world, sometimes staying in luxury hotels and at others in grim boarding houses.

For months, mother and daughter zigzag across the globe, apparently at random. ‘Our moving had an entirely secret logic that would never be explained,’ Sarah observes.

In North Carolina, in the U.S., they spend an awkward weekend with her mum’s old flame. In Palm Springs, they stay with a rich old lady who is kind, but disappointingly fails to introduce Audrey to any of her wealthy friends, though they do catch a glimpse of Paul Newman playing tennis.

Audrey finds work on a cruise ship sailing from Miami — somehow, she manages to bring Sarah along, too — and is in her element, charming all and telling tall stories, but her romance with an unhappily married passenger fizzles out.

As they travel, Sally slowly pieces together information about her mother. ‘Like all children, I was a brilliant secret listener, hovering by open doorways . . . adept at appearing to be deep in a book, while actually absorbing every detail of what was being said.’ 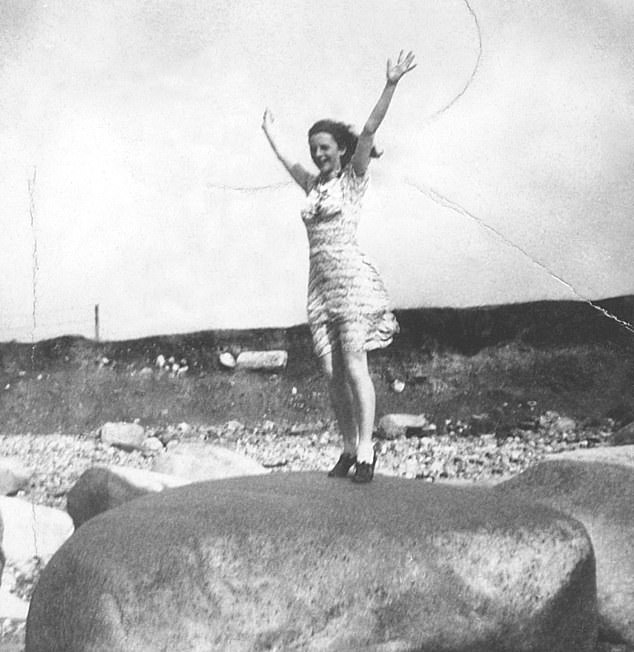 Sarah discovered that Audrey (pictured) who was born in Liverpool, spent her childhood taking bets and dodging the police

She finds out that Audrey, born in Liverpool, was put to work as a bookie’s runner when she was just nine and spent her childhood taking bets and dodging the police. Salvation came during the war when she was evacuated to posh Southport, ‘the Riviera of the North West’, and never went back to her family. Audrey’s marriage to Sarah’s gentle father, Neil, was doomed from the start.

Although he was seriously ill and knew he didn’t have long to live, when Audrey became pregnant he persuaded her to marry him. Shortly before he died, the family move into a huge Victorian house, to the bafflement of their friends.

Sarah works out that her mother is involved with betting shops and also has a string of girls who call at all hours so that she can arrange ‘dates’ for them. Perhaps, she thinks, this is why so many people in Southport cross the road to avoid Audrey.

The biggest mystery, though, is why Sarah is pulled out of school to travel the world with her.

After America they go to New Zealand, Fiji and Malaysia, their travels becoming increasingly frantic. When Audrey doesn’t know where to go next, she burrows in her handbag to find a scrap of paper with the name of some old acquaintance. 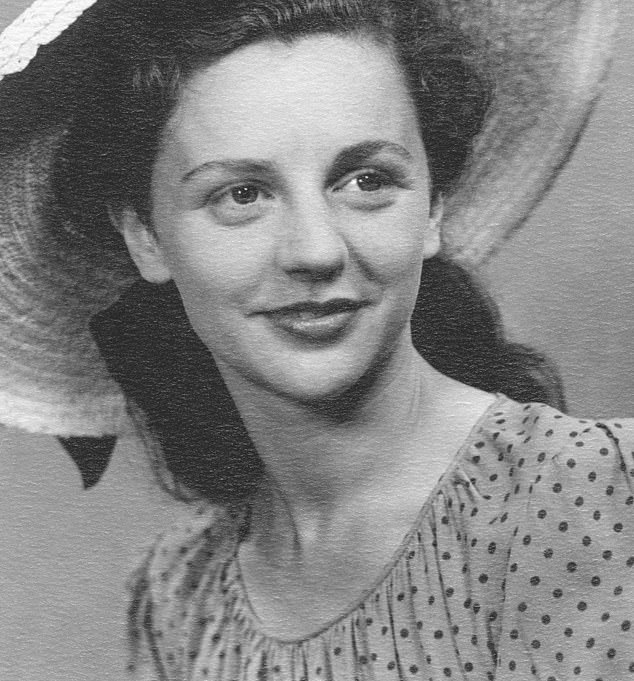 In Cairo a wealthy, charming Egyptian moves them into a swish hotel but then vanishes; in Penang there is ‘Uncle Les’, who has a fine house but is terribly dull. Abruptly, they return to chilly England and their big, mysterious house.

Once back in Southport, after several more failed romances, Audrey decides to take matters into her own hands. Out on a drive with Sarah, she coolly smashes her car into the gates of a large Edwardian house. Its owner is Peter Aspinall, a wealthy widower who runs a sweet factory.

He is rather a recluse, but when Audrey comes crashing into his life he is charmed. There is just one drawback — he is shocked when he discovers how Audrey supports herself.

Miraculously, Peter and Audrey marry and are devoted to each other. Once her mother is happily settled — and, we assume, has given up her shadier activities — Sarah goes off the rails. 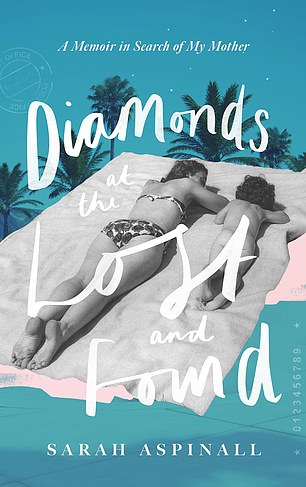 Her ‘weird upbringing’ has ruined her, she decides. She barely bothers to go to school, hangs out with druggy boys and has an abortion age 14. After a second abortion, it is her stepfather — a truly good man — who saves her. ‘He sat me down and offered me a life . . . any life was possible, but this was the decisive moment.’

Peter patiently coaches her so she gains some O-levels and wisely pays for her to go to a sixth-form college in Oxford, away from Audrey. To her surprise, the other girls, who include Paula Yates, are mesmerised by her stories about her embarrassing mother. ‘They sit enthralled and won’t let me stop.’

Sarah Aspinall is now a distinguished documentary filmmaker and, in this shimmering book, she pulls off the difficult trick of showing Audrey through a child’s eyes while also maintaining an adult’s perspective. Even as you cringe at Audrey’s behaviour, you can’t help but be enchanted by her.

In the end, Sarah makes peace with her childhood. ‘I was more able to see our rackety life together for the brilliant thing it was, and the many advantages of having had Audrey for a mother: the skills that she has passed on to me, her tools for survival, the diamonds that I found unexpectedly along the way.’

And, finally, she accepts there will always be mysteries about her mother. ‘I would never be able to quite pin her down, and perhaps I didn’t need to.’