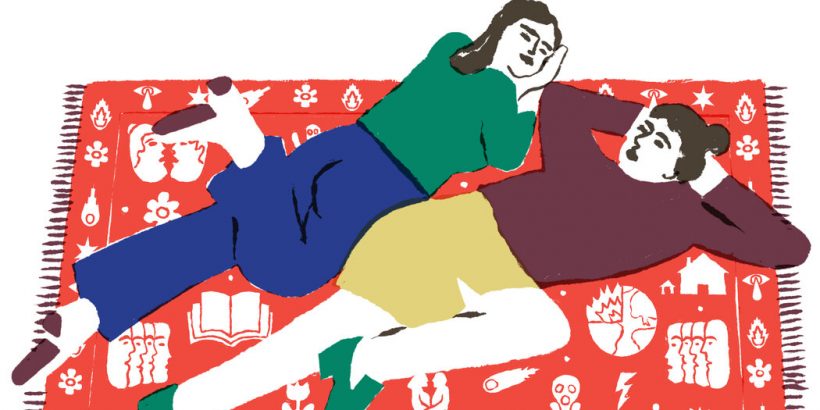 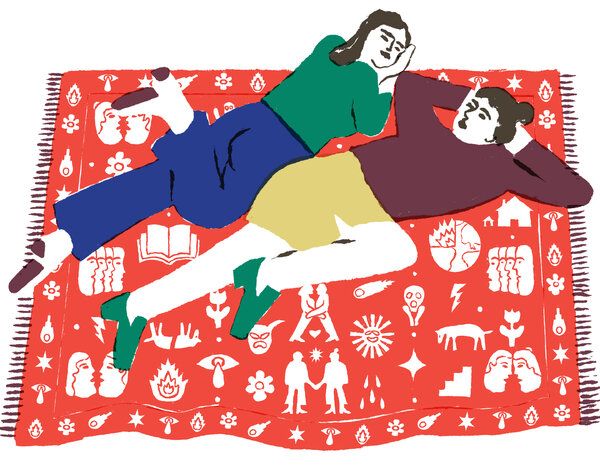 BEAUTIFUL WORLD, WHERE ARE YOU
By Sally Rooney

Sally Rooney’s new novel, “Beautiful World, Where Are You,” has the arid, intense melancholy of a Hopper painting. The novel follows Alice, a writer of global acclaim, and her best friend, Eileen, who works at a literary magazine in Dublin. Recovering from a breakdown brought about by complications of modern fame, Alice is morbid but openhearted, a secret idealist in wolf’s clothing. Eileen is the standard Rooney protagonist — ambivalent, sensitive, lethal in conversation. She’s got the classic mistrustful delusion of a younger child, needy and convinced of her own victimhood.

The novel opens with a familiar scene: Alice sitting in a bar waiting to meet Felix, a guy from an app. They engage in some first-date talk, and Alice takes him back to the huge house she’s borrowing, prompting Felix, who works in a warehouse, to ask, “What kind of things do you write? If you’re a writer.” Her reply: “I don’t suppose you think I’ve been lying. I would have come up with something better if I had been. I’m a novelist. I write books.” Felix rallies, “You make money doing that, do you?” Alice ends this line of conversation with defensive finality: “Yes, I do.” This anxious, thwarted flirting perfectly captures the preoccupations of “Beautiful World, Where Are You”: class, gender, power and sex.

After the terrible date, Alice writes a long email to Eileen. Their messages crosshatch the novel with funny, often profound ruminations on things like the Bronze Age, climate change and the nature and purpose of aesthetic beauty. In these sections, particularly passages written in Eileen’s voice, Rooney sheds the stiff pelt of scene-building and attains a clarity reminiscent of Rachel Cusk’s in her “Outline” trilogy.

We find Eileen restless in Dublin. She works at her desk, goes on lunch breaks, reads the social media feeds of her ex-boyfriend and rekindles a flirtation with Simon, a man she’s known since childhood. She hates her roommates; they seem to hate her. The novel switches back to Alice and Felix, who have another awkward run-in — and then, for reasons that seem to evade even her, Alice invites Felix to Italy for a work trip. They become intimate. They have sex. Things get complicated. They stop speaking. Another email to Eileen, who is again sleeping with Simon and dealing with her sister’s impending wedding. The novel spans a year or so as these four people fall in and out of love and try to figure out what it means to act with agency.

There is an argument to be made that “Beautiful World, Where Are You” is the kind of plotless un-novel we’re growing accustomed to. The characters banter about the uselessness of modern structures and our lack of faith in overriding narrative. While the techniques of modernism and postmodernism have been borrowed, assembled and arranged like items selected from an Ikea catalog, the contemporary un-novel has none of modernism’s or postmodernism’s desperate crisis of faith. That is, “Beautiful World, Where Are You” is carefully formless and its characters are fluent in our lingua franca of systemic collapse, that neoliberal patter of learned helplessness in the face of larger capital and labor systems.

Alice summarizes it neatly when she says of contemporary novelists: “Why do they pretend to be obsessed with death and grief and fascism — when really they’re obsessed with whether their latest book will be reviewed in The New York Times?” I laughed at this line, and underlined it. I wrote “too true bestie” in the margins. Later, she says, “The problem with the contemporary Euro-American novel is that it relies for its structural integrity on suppressing the lived realities of most human beings on earth. To confront the poverty and misery in which millions are forced to live, to put the fact of that poverty, that misery, side by side with the ‘main characters’ of a novel, would be deemed either tasteless or simply artistically unsuccessful.”

There are a couple moments when Rooney narrates what is happening to Felix as he works in the warehouse while simultaneously narrating Alice going about her quiet, writerly work. Such a juxtaposition is striking. There is, of course, a bit of implied humor, but you laugh because it reveals the ridiculousness of class stratification and the hierarchies of labor. And Rooney knows this. Or seems to know it. Because, like all the narrative sections of the novel, these moments are presented sans commentary. It’s kind of a vibey omniscience that proceeds by way of spare descriptions. Rooney writes scenes as though she had to type them out on a TI-89. Nouns and verbs. This can be lovely, as when she describes empty rooms or the touch of someone’s hand on a wrist. Her writing about sex is taut and direct. It’s a narrative style I associate with the films of Andrew Haigh and Joanna Hogg, two great visual poets of social anxiety and reticence.

Rooney’s dialogue is frequently perfect, so perfect that it occasionally turns into a flaw. That is, Rooney’s characters speak as though they’re in a ’90s rom-com or else the adaptation of an Evelyn Waugh novel. Consider this exchange between Eileen and Simon:

“Your girlfriends are never middle-aged.”

“And neither am I, quite yet, thank you.”

The argot is pleasurable in the way all great dialogue is pleasurable — take another great barb from Eileen, texted to Simon: “Why do men over 30 text like they’re updating a LinkedIn profile?” — but at times it feels like a hammy line reading. Much like their compatriots — narrators from novels by Sheila Heti, Ben Lerner and Andrew Martin — Rooney’s characters chatter about the pointlessness of feeling that the world is too far gone to do anything about even as they seem to agree that our problems tower high above our heads.

In my less charitable moments, it felt as though we’ve reached a point in our culture where the pinnacle of moral rigor in the novel form is an overwhelmed white woman in a major urban center sighing and having a thought about the warming planet or the existence of refugees. This brought to mind a recent spate of novels about white women’s existential malaise in the face of social ills — “Want,” by Lynn Steger Strong; “Drifts,” by Kate Zambreno; “Weather,” by Jenny Offill. There’s an aesthetic gesture cohering with each publication cycle that one need only evoke the tableaux of feeling overwhelmed — via modular narrative, fragments, a loose lyrical style, modernist pyrotechnics or the vaporous disembodied narrator — and move on by describing, I guess, grass growing as a protest. Characters acknowledging their privilege and access to capital has somehow come to be seen as actual class critique in one’s art.

With its sleek, minimalist aesthetic and perfect, gleaming dialogue, the contemporary novel points toward the restlessness of existing today while allowing none of those problems into actual consideration. As I was reading this one, I kept asking myself: “Is that it? Is that enough?”

“Beautiful World, Where Are You” anticipates though doesn’t entirely evade the real substance of this response. Alice writes to Eileen: “I agree it seems vulgar, decadent, even epistemically violent, to invest energy in the trivialities of sex and friendship when human civilization is facing collapse. But at the same time, that is what I do every day.” She goes on to say: “After all, when people are lying on their deathbeds, don’t they always start talking about their spouses and children? And isn’t death just the apocalypse in the first person?”

Who can argue with that?

I found the novel’s defensiveness about the moral dubiousness of its aesthetic project kind of charming, but also frustrating. Yet, for all that, “Beautiful World, Where Are You” is Rooney’s best novel yet. Funny and smart, full of sex and love and people doing their best to connect.