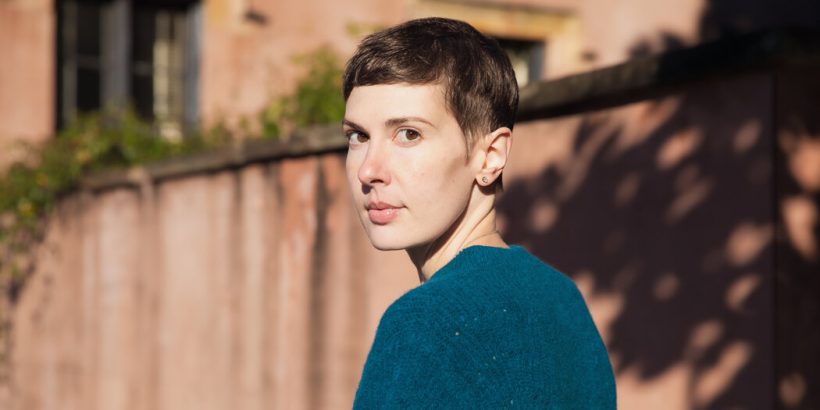 For the writer Patricia Lockwood, “it’s a very holy thing” to give interviews.

“It’s like speaking in tongues as a youth group teenager,” she said by video last month from Savannah, Ga. “You open your mouth and anything comes out.”

This is not a comparison journalists typically hear. But Lockwood, 38, is a practiced interviewee, a comfortable and antic performer both off and on the page. After she garnered early attention as a poet, her 2017 memoir, “Priestdaddy,” was named one of the Book Review’s 10 best books of the year.

Still, Lockwood’s language faltered at several moments in the interview, “like a dream of your deathbed where you fail to say any of the things you mean to say,” she later wrote in an email.

It was fitting that words occasionally fell short while Lockwood was discussing her new novel, “No One Is Talking About This,” out next week from Riverhead. The book follows an unnamed narrator who has found modest popularity on the internet — or “the portal,” as Lockwood refers to it in the book — yet is unnerved by the uniformity of language and thought she encounters, like a school of fish that intuitively changes direction together. “Why were we all writing like this now? Because a new kind of connection had to be made,” the narrator thinks. “Or because, and this was more frightening, it was the way the portal wrote.”

Reading the novel sometimes feels like consuming social media, with its passing mentions of the Dictator, a stand-in for President Donald Trump, and observations about how outrage plays out in posts and comments and replies: “We wanted every last one of those bastards in jail! But more than that, we wanted the carceral state to be abolished, and replaced with one of those islands where a witch turned men to pigs.”

The idea of group movements has always given her a “sense of horror,” she said, but her attraction to contradictions may have roots in her childhood. She grew up in the Midwest, the daughter of a married Catholic priest. After she married Jason Kendall, a former journalist who now works for a group of museums, they moved across the United States while she worked on her poetry. When Kendall needed costly eye surgery, the couple moved in with Lockwood’s parents for several months, an experience that formed the basis for “Priestdaddy.”

Readers meet her family, notably Father Lockwood, who swerved from atheism to Lutheranism before joining the priesthood, and who plays the guitar in his boxers to decompress. The book also traces her drift from faith and her beginnings as a writer. 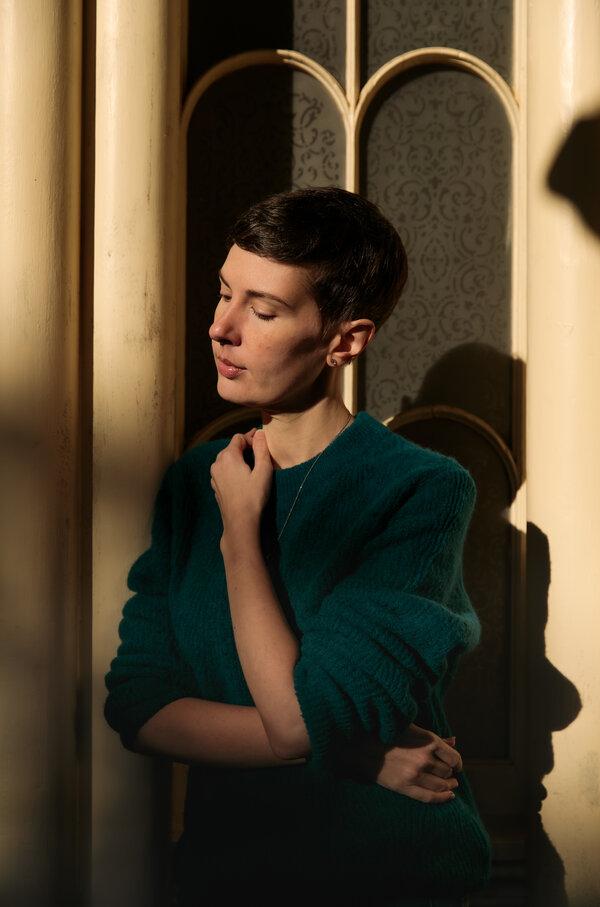 The internet, too, is a central part of her origin myth. She met friends and even her husband on poetry messaging boards in the early 2000s. Her 2013 poem “Rape Joke,” a painful and uncomfortably funny account of her sexual assault, went viral soon after the website The Awl published it. And she’s been a steady and enthusiastic presence on Twitter for years, known for her absurdist, often raunchy jokes.

Lisa Hanawalt, the creator of the Netflix series “Tuca and Bertie” and a producer of “BoJack Horseman,” designed the book covers for Lockwood’s two poetry collections. Her images “nestle in your brain,” Hanawalt said. “Women’s art is often described as wild and mysterious, as if we’ve dragged ourselves out of the woods and are covered in mud.”

In March, after giving a lecture at Harvard about the internet, Lockwood fell ill with the coronavirus. Her first symptoms were not respiratory but neurological: “an inflated sense of reality and dream and fiction,” she said, that made the experience of watching a Swedish television adaptation of “Pippi Longstocking” practically psychedelic. A fever, body aches and even paranoia followed — at one point, Lockwood was convinced that her husband was faking his own symptoms, afflicted with something she believed was Man Corona.

Perhaps the worst part was the persistent feeling that her “mind had moved a few inches to the left of its usual place,” as she wrote in an essay for The London Review of Books. She polished drafts of her novel, battling the impulse to add impertinent digressions (“Here’s the time I peed next to Rob Roy’s grave”) as she recovered.

The second half of the book, though, remained largely untouched. The narrator learns that her unborn niece has Proteus syndrome, a rare genetic disorder that causes an overgrowth of bone, skin and other tissues, and the prognosis is grim.

Once the child arrives, the narrator becomes absorbed, and her connection to the portal dissolves: “Looking at the baby she sometimes believed that nothing was wrong or could ever go wrong, that they were on a planet together where this is simply what a baby was.”

This part of the novel mirrors, with some fictionalized details, what happened in Lockwood’s family. The baby’s medical issues and personality are those of her niece Lena, Lockwood said. “There’s something sacred about them, and you don’t necessarily want to touch them too much.”

She wrote most of it in sustained, nearly compulsive bursts, after spending her days helping her sister Mary Burns care for Lena.

“You are in the NICU, your phone is in a Ziploc and you are taking pictures of the first time your niece is being laid to your sister’s breast — if you’re a writer, you’re not just going to take a picture,” Lockwood said. “I could not physically keep myself from writing things down.” Burns wasn’t apprehensive at the thought, even though it drew on a painful, private experience.

“You read about Proteus and people think, ‘That’s no life for anybody,’” said Burns, a research pharmacist at the University of Cincinnati who studies rare diseases. “Sometimes words can really limit things and diagnoses can limit our mind’s ability to understand the potential that people have.” But part of the novel’s power, she said, was the way it captures her daughter’s “wisdom and presence and awareness.” Burns spoke by video from Lena’s room — “I feel like she’s here,” she said — pointing out a night light Lockwood had bought and family photos of a trip to Disney World. “I call Tricia Lena’s second mom,” she said. “The first picture I have of Lena smiling is actually in the NICU, and Tricia is reading her Kindle to Lena — I think she was reading ‘The Betsy-Tacy Treasury.’”

No one is talking about this, Lockwood says: how many women face these situations, what happens to a life that makes it through against all odds, the sense that grief never really passes.

Lena died at 6 months old in 2019. “The moments when she was actually alive — I didn’t want to waste anything,” Lockwood said. “These atoms of experience … where do they go if we don’t put them down?”