So polite, he even thanked the speaking clock! Author reveals the factors that made Winston Churchill an icon

Winston Churchill once told a friend: ‘I shall be in command of the defences of London and I shall save London and England from disaster.’ The year was 1891 and he was 16 years old.

Many teenagers have fantasies of glory. But the remarkable fact about Churchill’s dream is that it came true. In World War II, he really did save the country.

At a time of national crisis, when defeat seemed inevitable, he exuded a confidence in victory.

Field Marshal Sir Alan Brooke, the head of the British Army during the war, wrote in his diary: ‘I thank God I was given such an opportunity of working alongside such a man.’ He’d had his ‘eyes opened to the fact that, occasionally, supermen exist on this Earth’. 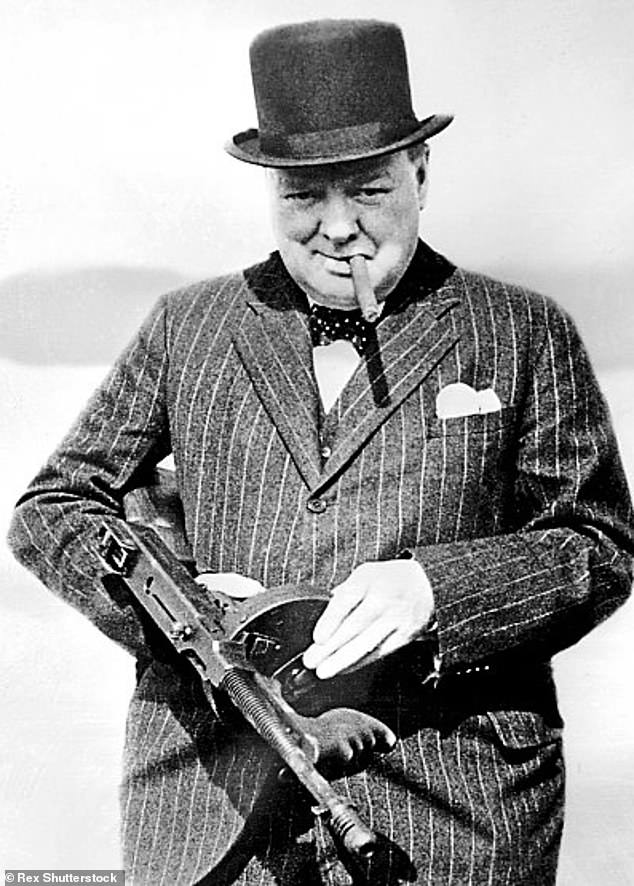 Churchill still towers over every other figure in 20th-century British history. In 2002, he was voted Greatest Briton of all time in a BBC poll. Yet, as Andrew Roberts reminds us in this epic biography, he was not always seen as such.

His early life as a soldier, adventurer and war correspondent was eventful. It included a daring escape from a Boer jail in South Africa. (He left behind a cheeky note for the prison governor: ‘I have decided to escape from your custody.’) This brought him worldwide fame.

Churchill entered politics and was Home Secretary while still in his mid-30s.

But his enemies were plentiful, from the suffragette who attacked him with a riding whip, shouting: ‘Take that, you brute!’, to fellow politicians who thought him a pushy egotist.

During World War I, his name was inextricably linked with the disastrous campaign in the Dardanelles. He was seen as a warmonger, reckless with the lives of others. Certainly, he was excited by the conflict.

‘I love this war,’ he wrote in a letter to a close friend. ‘I know it’s smashing and shattering the lives of thousands every moment — and yet — I can’t help it — I enjoy every second of it.’

In the Thirties, he was a voice crying in the wilderness. His relentless warnings about the dangers of the Nazis were largely ignored. Yet, in 1940, the very qualities that had caused so many to doubt him made him exactly the right man to lead the country. As Roberts puts it: ‘Hitler’s attack turned Churchill’s perceived weaknesses into priceless assets overnight.

‘His obvious interest in warfare was no longer warmongering, it was invaluable.

‘His oratorical style, which many had derided as ham-acting, was sublime now that the situation matched his rhetoric.’

After he became Prime Minister in May 1940, Churchill wrote to his wife: ‘There is only one man who can turn me out and that is Hitler.’ As it was, it was he who saw Hitler out. Andrew Roberts reveals much of the man behind the well-known icon of bulldog Britishness. A duke’s grandson, Churchill had the supreme self-confidence of an aristocrat. He was accustomed to being served by others. 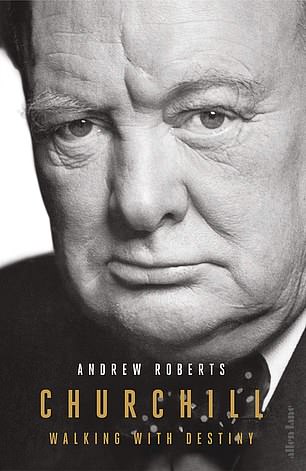 The first time he dialled a telephone number for himself was when he was 73. (He rang the speaking clock and thanked it politely when it told him the time.)

But he had not had a happy childhood. Neither of his parents showed much interest in him. Roberts quotes from Churchill’s despairing letters to his mother when he was at Harrow. ‘Please my darling Mummy be kind to your loving son,’ he wrote.

But his mother, a well-known society beauty, was far more concerned with arranging to see her latest lover than comforting her teenage son.

His father, the Tory politician Lord Randolph Churchill, was equally unsympathetic. The boy, he wrote to his wife, had little claim ‘to cleverness, to knowledge, or any capacity for settled work’. He had only ‘great talent for show-off, exaggeration and make-believe’.

Perhaps his parents’ neglect contributed to Churchill’s highly emotional nature. In a stiff upper-lipped age, he had a propensity for tears. ‘I blub an awful lot, you know,’ he confided to his last private secretary. Throughout his life, there was something appealingly boyish about Churchill. The diarist James Lees-Milne witnessed him once demonstrating with decanters and wine glasses how the Battle of Jutland was fought.

‘Far too much has been and is being written about me,’ Churchill once said. That was in the Twenties. It’s now estimated more than 1,000 biographies of him have been published. Do we need another? The answer is a resounding ‘yes’. This is an exceptionally fine life of an exceptional man.