There is an anxious, burgeoning genre on the block — or so it has seemed to me lately; I’m engulfed by a wave of new books on masculinity and its discontents.

They are excavations into the history of manhood — and its propensity for violence — from psychoanalytical angles (the prize-winning Italian novel “The Catholic School”) and as sociological phenomenon (see the suite of novels and memoirs by the French writer Édouard Louis). There are memoirs examining the intersections between masculinity, race and sexuality, and memoirs in which men describe their relationships with women, with a mix of candor and, frequently, queasy equivocation. There is, somehow, a healthy category of boxing memoirs — men exploring their relationship to their manhood by getting in the ring. There are guides that offer tips for men who want to admit they’ve caused harm and make amends, and young adult literature offering positive role models for boys as “an antidote to toxic masculinity.”

Many of these books emphasize the exhaustion, and surreality, of constantly “performing masculinity” to be accepted (or merely left alone) by other men. But their real point of commonality is a stated sense of occasion. Most hinge on how recent events — the #MeToo movement and the sexual assault allegations against Brett Kavanaugh and President Trump — have forced masculinity into a moment of self-reflection.

To this pile of books, to their set of seething questions, prevarications and self-recriminations, we can add “The Topeka School,” the latest novel by Ben Lerner, one of the most acclaimed writers of his generation, and winner of a MacArthur “genius grant.” Lerner revisits Adam Gordon, the character from his first novel, “Leaving the Atocha Station,” in which he was a spectacularly indolent creature with “a damaged life of pornography and privilege,” loafing in Madrid on a fellowship. In “The Topeka School,” we go back in time to meet him as a teenager, a high school debate star growing up in Kansas, the son of therapists. (As in the earlier books, many of these details are autobiographical; Lerner’s mother is the psychologist Harriet Lerner.) The point of view shifts among the three family members and a classmate of Adam’s, Darren, the high school outcast, whose brief, italicized sections creep through the novel like the dark unconscious of the characters themselves.

From the first pages, it’s clear the story will hinge on an act of violence. We see Darren handling the weapon, a billiard ball: “Long before the freshman called him the customary names, before he’d taken it from the corner pocket, felt its weight, the cool and smoothness of the resin, before he’d hurled it into the crowded darkness — the cue ball was hanging in the air, rotating slowly. Like the moon, it had been there all his life.” 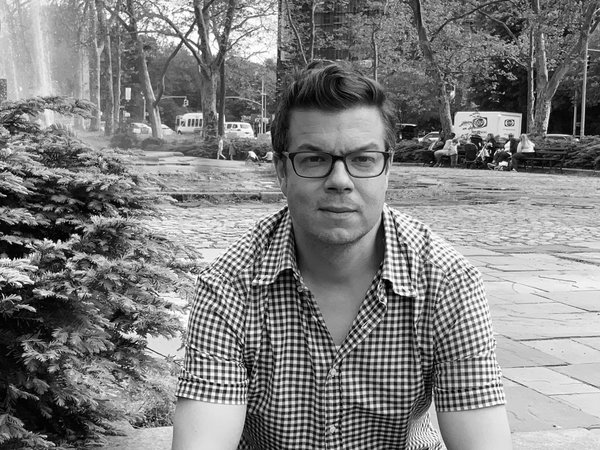 Lerner has always written about language with a mixture of gratitude and suspicion, and a particular interest in the breakdown of communication. In “The Topeka School,” he explores obfuscation, and the manipulation of speech in its relationship to violence. He draws links between “the spread” — a rapid-fire form of argument used in debate to introduce an array of information so broad that an opponent cannot possibly respond — and the general coarsening of political language.

“The most common criticism of the spread was that it detached policy debate from the real world,” Lerner writes, “that nobody used language the way that these debaters did, save perhaps for auctioneers. But even the adolescents knew this wasn’t true.” The fine print in financial documents, the patter of health warnings in drug ads — we are steeped in spread. “Even before the 24-hour news cycle, Twitter storms, algorithmic trading, spreadsheets, the DDoS attack, Americans were getting ‘spread’ in their daily lives; meanwhile, their politicians went on speaking slowly, slowly about values utterly disconnected from their policies.”

Because Lerner draws so freely from his own life, he is often grouped together with other writers of autofiction, like Karl Ove Knausgaard and Sheila Heti, which does his work a slight disservice. It ignores his real lineage, the great literature of passivity, failure and refusal: Melville’s Bartleby, the novels of Robert Walser and László Krasznahorkai. The pleasure of his fiction has always been in its disobedience — in plots that make a mockery of the term, characters who shirk their duties. In Lerner’s second novel, “10:04,” the author’s stand-in receives a lecture from his literary agent on how to write a “proper novel”: “Develop a clear, geometrical plot; describe faces, even those at the next table; make sure the protagonist undergoes a dramatic transformation.” This advice, it should be noted, is tucked into the middle of Lerner’s most wayward book to date, a Whitmanesque sprawl about futurity.

“The Topeka School” is so different in tone, so unabashed in its conventionality — and even geometric in plot — that it can read like a critique of Lerner’s previous work. Gone is the archness and detachment; the formal, furrowed sentences with their fondness for oddly technical language (only in Lerner will a man look into a woman’s eyes and marvel at their “dark epithelium and clear stroma”). It’s as if he has shucked off ironic posturing in the same way Adam learns to reject the glibness of “the spread.”

Gone too is the interest in solipsism; for the first time we see Lerner the novelist embody the perspectives and voices of other characters, which he does with ease — in fact, the sections devoted to Adam’s parents, and the blurriness of their professional and sexual lives at their psychiatric institute (which gives the novel its title) are the book’s most textured and unforced sections. There is no rush to judgment of these characters, even at their cruelest or most cowardly. By comparison, Adam and Darren, positioned as a man and his shadow self, are thin constructions. There is a feeling in this book, new and unpleasant in my reading of Lerner, of being frog-marched toward a thesis.

There is a real richness, however, in regarding Lerner’s three books together, as the story of a kind of political maturation. In “Leaving the Atocha Station,” Adam is in Madrid during a series of protests that he refuses to join; he is leery of so much earnestness. In “10:04,” we see the character curious about Occupy Wall Street, even taking care of a protester — feeding him and washing his clothes. He begins to consider parenthood and the modes of care-taking necessary to sustain life on a warming planet. Where the first novel ends with Adam fantasizing about living forever, in “a skylit room” with his friends, “10:04” lands on a different note, with the narrator escaping the aerie and traversing New York in his mind, addressing the reader: “I am looking back at the totaled city in the second person plural. I know it’s hard to understand / I am with you, and I know how it is.”

In the epilogue of “The Topeka School,” we see a fulfillment of sorts — Adam as a parent and at a protest, no less, no longer escaping the world or addressing it with that tender if slightly grandiose “second person plural.” He speaks with the other characters, in chorus. He is embarrassed to be chanting, embarrassed at looking, perhaps, politically naive. He does not retreat to the safety of the sidelines, however, to those old comfortable stances of reflexive skepticism and contempt. “But I forced myself to participate, to be part of a tiny public speaking,” he says, “a public learning slowly how to speak again, in the middle of the spread.”