In our strange new world of shuttered cinemas and eternally postponed premieres, there’s something plaintive, even piercing, about the title page of Katriona Chapman’s second book, BREAKWATER (Avery Hill, 164 pp., $15.95). The eponymous coastal movie house and the surrounding streets appear deserted; the ghostly image looks not so much drawn as conjured out of cigarette ash. The sharpest pang comes when you catch the titles on the marquee: LEGO MOVIE 2 * GREEN BOOK * ESCAPE ROOM. To slip out in the middle of the day, sit in darkness among strangers and watch mediocre Hollywood product — it sounds like an unimaginable luxury now.

Chapman is a London-based illustrator whose stories are informed by mixed emotions and tough choices. Her 2018 debut, “Follow Me In,” recounts a journey through Mexico with an alcoholic boyfriend. Often ailing, at times despairing over her partner’s plight, Chapman is compelled by her new environment to make art: “I drew like a maniac. It flowed out, like the places and things we saw were infecting my bloodstream and I had to get them onto paper or they’d overwhelm me.” The resulting book is a riot of color, so bright it could be read through sunglasses.

“Breakwater,” by contrast, is a study in gray, set largely inside a once grand movie palace in Brighton, England. The palette suits the fateful encounter between two employees: the compassionate Chris, who once aimed for a career in social work but has been at the Breakwater for 20 years, and the friendly newcomer Dan, who gets her out of her shell of crosswords and “Law and Order” reruns. They explore the Breakwater’s majestic closed-off portions — including an entire unused theater whose last showing might have been “The Bonfire of the Vanities” — and grab drinks after work. Colleagues joke that they’re a couple (Dan is gay). They even rent an Airbnb for an idyllic getaway together — though even here, Chapman keeps the lighting low, as though on the verge of a cloudburst. The shadows under their eyes never disappear. 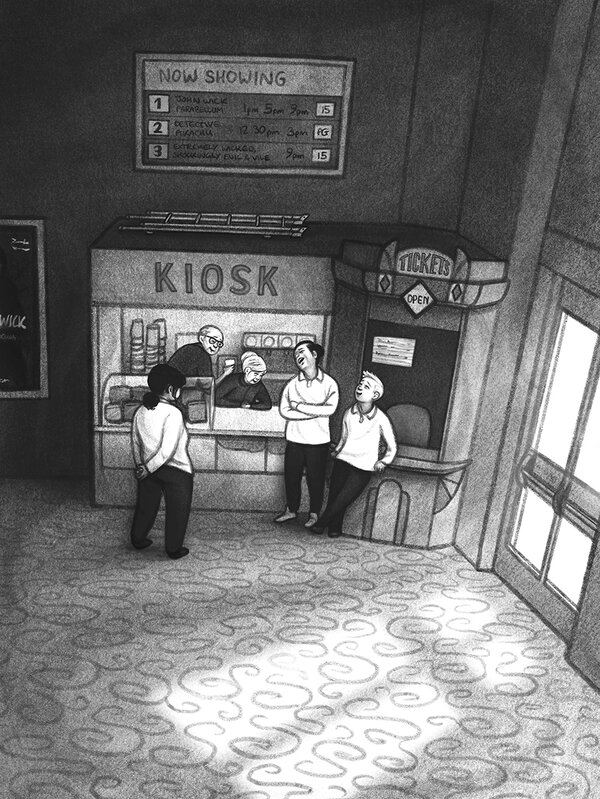 Their fast friendship is conveyed by the gentle smiles on their worn faces and their exchange of confidences. But warning signs are laced through the banter. Early on, Dan mentions being estranged from his parents, explaining, “I believe in cutting people off if they’re toxic, no matter who they are.” A drizzle of baby mice falls from the ceiling; Chris increasingly has to cover for her friend’s erratic behavior. When it’s clear that his situation is more dire than he’s letting on, she does something at once shocking and completely in character. Masquerading as a quiet character study, “Breakwater” falls into place like a particularly satisfying tale of gothic horror.

If the fictional Breakwater — once “the biggest cinema outside London” — was around a hundred years ago, it might have shown some of the nightmarish films described in the brief, entertaining LON CHANEY SPEAKS (Pantheon, 160 pp., $25). Pat Dorian’s “imaginary biography,” told in Chaney’s voice, weaves the silent-screen legend’s life with generous recapitulations of his peculiar movies. Born to deaf parents in Colorado, Chaney takes to the stage at a young age. When he’s complimented for his wordless clown work (“such a great dumb act”), he jokes that he “got it from my folks.” Chaney marries Cleva, an unstable showgirl; after she tries to kill herself, he moves to California with their son, Creighton, to find work in the movies.

Part of Chaney’s genius lay in his utility with a makeup kit. Dorian depicts him tending to an arsenal of wigs, dentures and other body-modifying props to help him visualize characters whose appearance would inform not just their behavior but their destiny. He lands his first major part as a cruel gang leader in the western “Riddle Gawne” (1918), thanks in part to trick shoes that brought his height on par with that of the lead actor, William Hart. In “The Penalty” (1920), he plays a vengeful double amputee, requiring him to walk on his knees, capped by buckets, with his lower legs strapped out of sight. (He overcompensates seven years later in “The Unknown,” as a circus performer who appears to have no arms.)

His most indelible roles came playing the hunchbacked Quasimodo (“the bells were the only voice of his groping soul”) and the Phantom of the Opera. Poignantly, it’s only in his swan song, a 1930 remake of his earlier bizarre ventriloquist-scam feature “The Unholy Three,” that Chaney’s voice is heard. He died that year, at age 47. In a moving if bizarre twist, son Creighton took up the mantle — renaming himself Lon Chaney Jr. and finding fame in creature features like “The Wolf Man.” (Cue Warren Zevon.)

Dorian has an appealingly jaunty style, his bold lines channeling artists of the period like Peter Arno and Helen E. Hokinson (or their current-day Canadian disciple, Seth). He enhances each chapter with a single color of ink — bloody rose, shrieking violet, cool green — in a way that recalls how the sections of long black-and-white films are sometimes digitized with different hues. The delightful endpapers feature Dorian’s take on vintage film ads, as though the artist’s affection for his subject can’t be contained in the story itself. Indeed, the book’s one drawback might be that the style is at times too tasteful to capture Chaney’s peculiar talent. Dorian’s spry summary of “The Hunchback of Notre Dame” doesn’t do justice to the bug-eyed, feral horror of Chaney’s celluloid appearance. But over all, “Lon Chaney Speaks” serves as a sumptuous introduction to silent cinema’s most startling weirdo, for whom the torments of the body expressed what the voice could not. 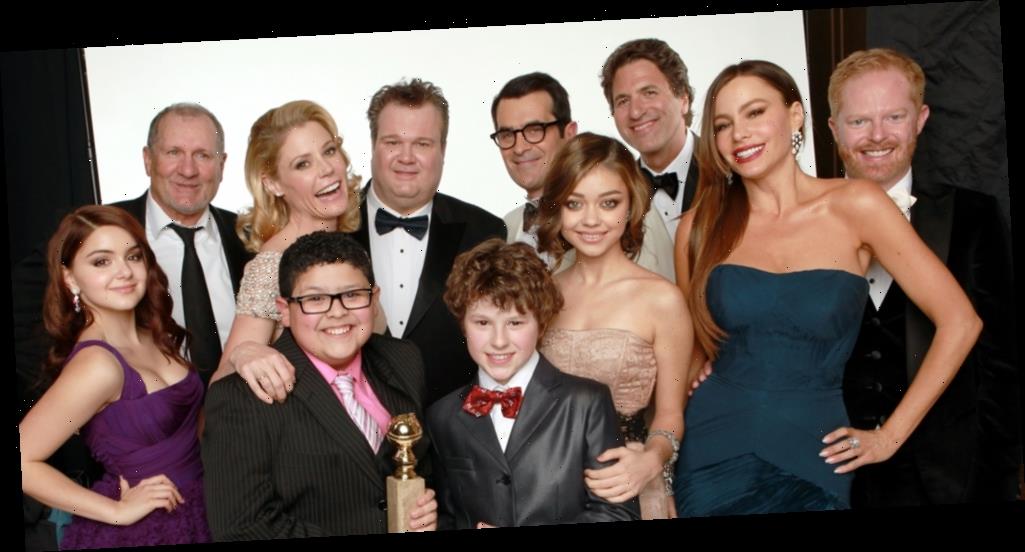