Like everybody else, book publishers will be happy to see the end of 2020. But for many of them, the year has brought some positive news, which has been as welcome as it was surprising: Business has been good.

With so many people stuck at home and activities from concerts to movies off limits, people have been reading a lot — or at least buying a lot of books. Print sales by units are up almost 8 percent so far this year, according to NPD BookScan. E-books and audiobooks, which make up a smaller portion of the market, are up as well.

“I expect that at the end of the year, when you look at the final numbers,” Madeline McIntosh, chief executive of Penguin Random House U.S., said of the industry, “it will have been the best year in a very long time.”

When the United States slammed shut in March, book sales dropped sharply, but the dip didn’t last. While some parts of the industry have continued to struggle, like bookstores and educational publishers, publishing executives say that demand came rushing back around June.

Many of these sales went to Amazon, but big-box stores, especially Target, also did well. As essential businesses that sold things like groceries, they were allowed to stay open through the lockdowns. Dennis Abboud, chief executive of ReaderLink, a book distributor to major chains like Walmart, Target and Costco, said his company’s online sales nearly quadrupled over last year.

Even though the number of people commuting has plummeted this year, audiobook revenue is up more than 17 percent over the same period in 2019, according to the Association of American Publishers, and e-book sales, which had been declining for the past several years, are up more than 16 percent.

There have been a few particularly powerful themes in book selling this year. The Black Lives Matter protests following the killing of George Floyd at the end of May caused a rush on books about race and antiracism. Bookstores had trouble keeping titles in stock like “How to Be an Antiracist,” by Ibram X. Kendi, and “So You Want to Talk About Race,” by Ijeoma Oluo.

Political books, especially about President Trump, have also performed well. That was a particular boon for Simon & Schuster, which published some of the biggest presidential tell-alls of the year, including Mary L. Trump’s “Too Much and Never Enough,” which sold more than 1.35 million copies in its first week. Former President Barack Obama’s memoir, “A Promised Land,” published by Crown, an imprint of Penguin Random House, has sold more than 3.3 million copies in North America since it was published last month, and it has also been a best seller in countries like Germany, France, Brazil and Sweden.

But the strength in the general-interest publishing market has gone beyond a few titles and categories. New books, which in industry-speak are called the frontlist, have sold well, but so have older titles. 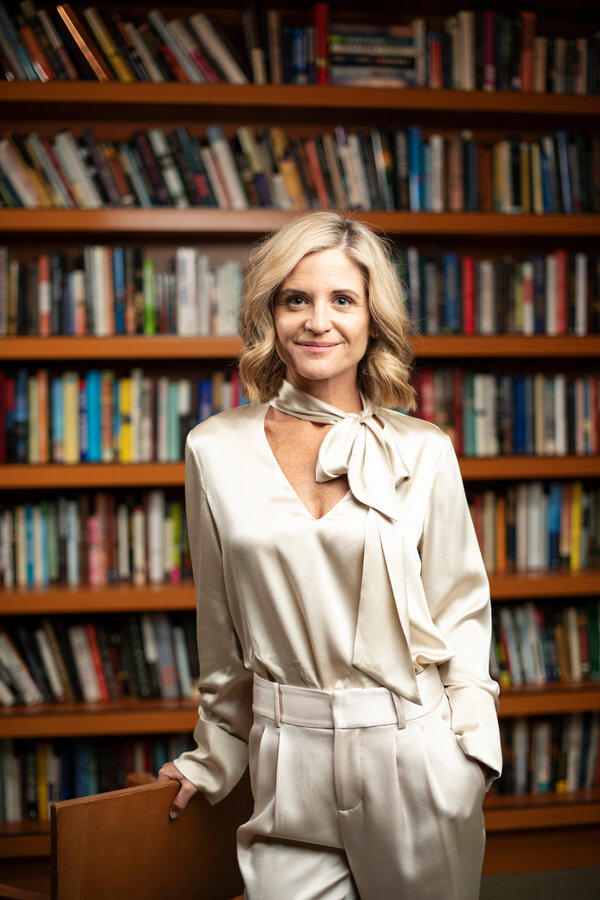 “There have been frontlist successes like ‘A Promised Land’ or ‘Untamed,’ absolutely,” Ms. McIntosh said of Mr. Obama’s book and a memoir by Glennon Doyle. “But things like ‘The Very Hungry Caterpillar’ have sold more copies than we have in the past. It’s just this remarkable lift of the whole market.”

Publishing executives have long described their business as recession-proof. Books, after all, are relatively cheap for the amount of time you spend with them. NPD BookScan said the market remained stable after the 2008 recession, dipping just 4 percent when unemployment started to peak in 2009 and regaining ground the following year. The challenges this time, however, felt more extreme, with social distancing and restrictions at warehouses, vast lockdowns and a rapid economic meltdown.

But supply chain problems, like capacity issues at large printing companies — which have been tricky to manage and are ongoing — have not ground the system to a halt. The restrictions of the pandemic, meanwhile, shaved away some of the competition. A person can watch only so much Netflix, and there weren’t a lot of other options.

“The competition for leisure time, that equation has changed over the pandemic,” said Don Weisberg, the chief executive of Macmillan. “How that comes back will be a strong indicator of the future.”

Parts of the book world have struggled. With many churches and other houses of worship closed, the sale of religious books has dropped, according to BookScan, and the travel category has tanked by more than 40 percent in print. (Young adult fiction, on the other hand, and books on home and gardening are up more than 20 percent.)

Publishers with big educational divisions have also had a more difficult road than general interest publishers. Houghton Mifflin Harcourt, for example, announced in October that it was cutting 22 percent of its work force.

Independent bookstores have had an extraordinarily difficult year. Many were closed to foot traffic for months, and scrambled to turn their stores into fulfillment centers for online orders, something they were never built to do on a significant scale. Some stores reported to the American Booksellers Association earlier this year that their sales were down at least 40 percent. But Allison K. Hill, the trade organization’s chief executive, said the last few weeks have been encouraging.

Barnes & Noble has also struggled in some areas — James Daunt, its chief executive, describes the performance of its New York City stores as “frankly, a total disaster.” But overall, he said, things have not been as dire as expected, and — in part because of job cuts and other cost-cutting measures — he expects this year to be more profitable than last. Nearly 5,000 employees who had worked fewer than six months with the company, most of them part time, were laid off this year. More than 100 people in the central office were also let go.

The company’s stores outside of cities are now performing well, and its online business got a boost when, early in the pandemic, Amazon deprioritized books and other items so it could focus on medical supplies and household staples.

“Barnes & Noble benefited from the fact that Amazon, at the outset of the pandemic, was just overwhelmed,” Mr. Daunt said. “People discovered it actually isn’t a monopoly. There’s another big player out there. We’ve held on to that business.”

Even for publishers who have done well, concerns about bookstores, particularly those that aren’t part of chains, weigh on them. Readers are less likely to discover a great book they’ve never heard of while shopping online, but a bookseller or staff picks table might introduce them to a tote bag full of new titles.

“Our sales are way up in 2020, miraculously,” said Dan Simon, the founder and publisher of Seven Stories Press, an independent publisher. “However, when you talk about introducing new voices, which is arguably the most important thing we do, I think that’s suffered in 2020 a lot.”

The individual person-to-person sales that happen in bookstores can’t be easily replaced online, he said. “That’s where we end the year, with a question mark.”