The west of Ireland looked good to Cal Hooper on the internet. But now that he’s living there, the rugged beauty of the region overwhelms him, as it will anyone reading Tana French’s “The Searcher,” an audacious departure for this immensely talented author. It’s not about the Dublin Murder Squad. Its main character is American. All this stand-alone shares with her other work is the nonstop malaise that feels like “light flashing on a river, with who knows what underneath.”

As her devotees already know, French doesn’t write genre books or thrillers. She writes full-bodied novels in which crimes happen to have been committed. In previous books these crimes have generally required the sleuthing efforts of the Dublin Murder Squad, but she (and we) aren’t having that this time. Instead, we get Cal, who spent 25 years with the Chicago Police Department before retiring to — what else? — go fishing.

For reasons that emerge during “The Searcher,” the recently divorced Cal has moved to Ireland to restart his life. He found an old house in a small town full of busybodies and expects to live peacefully there. So “The Searcher” opens very peacefully — or slowly — with Cal’s work on the house, acclimation to his new surroundings and lovingly described efforts to restore an old desk. We’re nearly 100 pages into the novel before its hook comes along.

French has said that she didn’t care this time about hooks or plotting. Instead, she’s interested in stripping away the police authority that Cal once took for granted and seeing how an ex-cop without power can operate on his own. She’s also interested in Cal’s fundamental sense of right and wrong, and how badly he thinks it has been distorted by the culture wars in America. That’s less a matter of politics than of one man’s effort to retrieve his moral compass after decades of following orders. 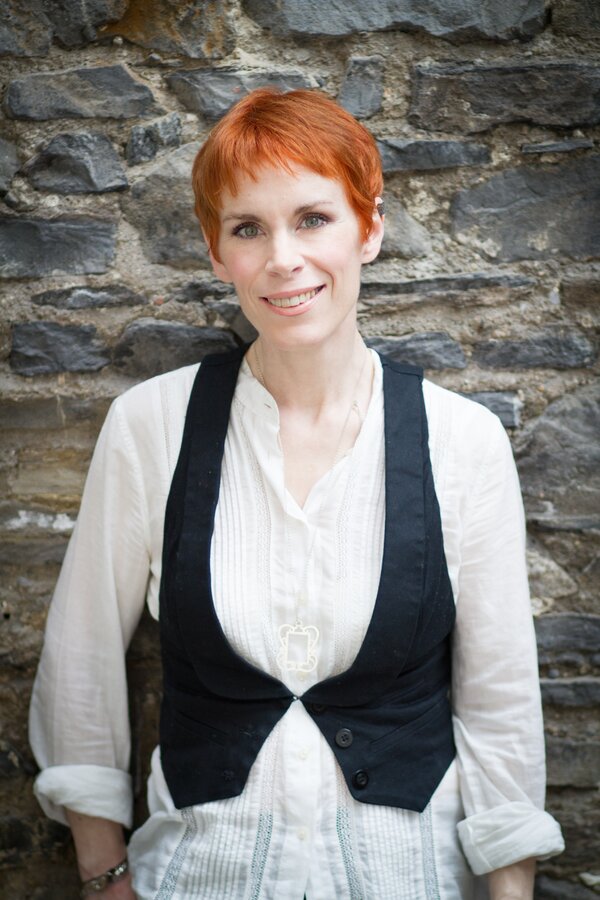 So there’s a lot at work in “The Searcher,” even if its story sounds simple. After long nights of hearing strange noises outside his house, Cal finally makes contact with the person who’s been stalking him: a 13-year-old kid named Trey. French has spoken of this book as a western (the title of course summons John Ford), and as in many of them the kid badly needs a father figure. Trey’s family is a mess, its father long gone. And in another echo, this time of French’s own “Faithful Place,” a person in his late teens has mysteriously disappeared without explanation. The missing guy is Brendan, Trey’s beloved older brother.

One of this book’s many pleasures is French’s way of building Cal and Trey’s bond. It doesn’t come easily, but the kid needs help and has nowhere else to turn. And Cal badly needs to feel needed; he’s also ready to play out the western’s motif of seasoned loner mentoring a lonely teen. If he helps Trey, he helps himself too.

A lot of the book presents Cal’s efforts to casually do what he used to do effortlessly: collect information. He misses his old police privilege. But he turns out to be better off without it, since he’s forced to come up with excuses to wander around tiny Ardnakelty casually dropping Brendan’s name. These scenes are keenly observed, with a strong sense of place, and unfailingly entertaining. They’re also ominous, given what we know about the close-knit, gossipy nature of the town.

Nobody beats French when it comes to writing pub scenes fraught with tension. One night Cal is lured out by the locals, plied with Irish moonshine, tricked into enjoying the local power brokers’ company and then, when he’s sufficiently loosened up, warned about minding his own business. This is why you read Tana French: for the nuances that go into an ambush like this, and for her ability to immerse you in the moment completely. As you read this scene, the sidelong glances and daggers in the small talk come flying off the page.

Where does “The Searcher” stand in the lineup of French’s books? It’s an outlier: not her most accessible but not to be missed. It’s unusually contemplative and visual, as if she literally needed this breath of fresh air. It steps back to examine the policing powers she has traditionally taken for granted. And it’s her foray into the natural world, which is so welcome right now. It’s also slower than some of her other books. But as Cal says in the folksy western voice he often affects here, “All’s you can do is your best.”