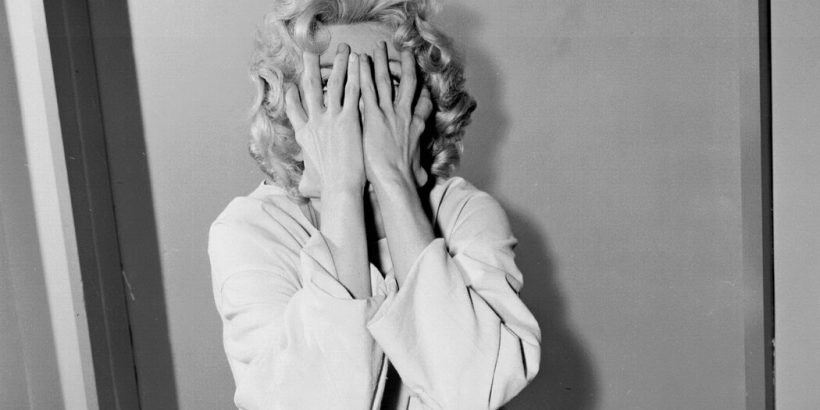 They may be (relatively) low on body counts, but the year’s most chilling, atmospheric reads will still set your pulse racing and your heart pounding.

Taste in thrillers is so personal, so specific to a reader’s particular sensibilities. But the ones I like best tend to be (relatively) low on body counts, high on psychological intrigue and suspenseful right to the end. Luckily, lots of books fit that description this year. Here are my favorites.

The pandemic’s terrifying early days make a chilling backdrop to Catherine Ryan Howard’s 56 DAYS (Blackstone, 450 pp., $24.99), set in Dublin in the spring of 2020. As the city hastily locks down, a young couple who have just met decide to take a chance, as so many did back then, and move in together. They’re perfect for each other except that their romance is based on an elaborate thicket of lies, and one of them is probably a murderer. The tension builds and builds. Don’t think you’ve figured it all out — there’s a shocking final twist.

Who knew that a novel about a bunch of brilliant yet psychopathic college students would end up being so enjoyable? Vera Kurian’s NEVER SAW ME COMING (Park Row, 400 pp., $27.99) is set at a fictional university in Washington, D.C., where a group of officially diagnosed psychopaths are receiving free tuition and board in exchange for participating in a study to see whether they can become noncriminal members of society. But someone is killing them, one by one, leaving the rest to decide whether to work alone or join forces to catch the culprit. You can’t help rooting for the narrator, whose own murderous intent doesn’t supersede her surprisingly strong moral compass.

Geling Yan’s THE SECRET TALKER (HarperVia, 150 pp., $23.99) is a quieter, subtler affair, focusing on the mysteries of the human heart. Its heroine is a Chinese woman living in California. Out of the blue, she receives an email from a stranger claiming that her husband, an American professor, doesn’t understand her at all, which may well be the case. She can’t help responding; it is so enticing to think that someone sees into your very soul, and the ensuing correspondence leads her to face up to her harrowing past while forcing a reckoning with her present. Who is the secret talker? How well do we know those we are closest to, and why is intimacy so painful?

Is there such a thing as a plot so perfect that it will produce a guaranteed best seller for whichever author uses it? That’s the irresistible premise, at least at first, of THE PLOT (Celadon, 336 pp., $28), Jean Hanff Korelitz’s endlessly entertaining novel about a down-on-his-luck writer, an unpleasant student who has a great idea for a mystery and then vanishes, and the dangerous complications that follow the publication of a book based on his surefire concept. “The Plot” is long and intricate, but every word is worth it. As it hurtles to its unexpected and scary end, we are reminded that “plot” has more than one meaning.

Surely nothing could go wrong when a louche, heaving-with-sexual-innuendo male art teacher arrives at an Irish Catholic boarding school run by repressed nuns and populated by overheated adolescent girls. You don’t have to be a virginal schoolgirl yourself to imagine that this will not end well, as Rachel Donohue points out in her steamy debut, THE TEMPLE HOUSE VANISHING (Algonquin, 304 pp., paper, $16.95). Years after the school closed down following a terrible scandal in which the teacher vanished with one of the girls, a journalist comes to investigate. The action switches between past and present as the full story — even more tragic, febrile and emotionally fraught than anyone realized at the time — unfolds.

The prolific and endlessly inventive British writer Anthony Horowitz could dash off a mystery set in the waiting line of the New York State Department of Motor Vehicles, and it would still be a delight. A LINE TO KILL (Harper, 384 pp., $27.99), the third in his fiendishly clever meta-series about the author “Anthony Horowitz,” a dimmer version of himself, finds the fictional Horowitz at an obscure literary festival with Daniel Hawthorne, the infuriating detective who treats him as little more than a secretary. The clues are opaque and the mystery seemingly unsolvable, until Hawthorne, a modern-day Holmes to Horowitz’s Watson, steps in with his elegant solution. Besides being a satisfying whodunit, the book is an extravagant satire of authors, agents, publishers and literary hangers-on, a knowing sendup of the author himself and a homage to the Golden Age of Mystery.

The most haunting character in Jennifer McMahon’s THE DROWNING KIND (Scout Press, 320 pp., $27) is the homicidal water in Brandenburg Springs, Vt., which grants wishes and heals afflictions, but not for free. “The springs exact a price equal to what was given,” one resident says ominously. Could dead people be living in its murky depths? It is true that the neighborhood suffers from an unusually high mortality rate. The narrative moves between 1929, when a new wife begs the springs to help her conceive a child, and the current day, when a social worker returns home to find her mentally unstable sister floating, face down, in the spring-fed swimming pool where their aunt died a generation earlier. Who will be next?

When he was just 8 years old, Wayland Maynard saw his father, the “gentle, prim, fastidious” barber in a small Vermont town, shoot himself in the head. The note that was left behind also serves as the title of Eric Rickstand’s strange and engrossing novel, I AM NOT WHO YOU THINK I AM (Blackstone, 229 pp., $25.99). It’s both an intriguing message and a red herring, as Wayland attempts, years later, to find out the truth about his family. Here is an old-fashioned Gothic tale, involving, among other things, incest, riches, murder and a deadly fire. The reader will entertain many incorrect theories before arriving at the shocker of a finale. The most wrenching moment of all: when we find out what the note really signifies.

Northern Ireland’s brutal era of sectarian conflict did not end with the 1998 peace agreement, Flynn Berry reminds us in NORTHERN SPY (Viking, 278 pp., $26), an icy and claustrophobic tale of a modern nation poisoned by ancient grievances. (Fruit fanciers will recognize that the title is a type of apple; it figures in the story.) As the book begins, a journalist glances at the TV and sees a horrifying sight — her beloved sister, caught on a security camera wearing a balaclava and robbing a gas station. Even worse: The sister appears to be a member of the Irish Republican Army, which puts the whole family in danger and touches off a tangled series of events involving police informants, weapons caches and double- and triple-crosses. Who’s spying on whom? Tragically, neutrality is not an option.

THE ANOMALY (Other Press, 400 pp., paper, $16.99), the French novelist Hervé Le Tellier’s enthralling new novel, arrived in America showered with Gallic praise and basking in the glow of the Prix Goncourt, which it won last year. All of it is richly deserved. The novel — a profoundly affecting examination of free will, fate, reality and the meaning of existence, cloaked in a high-concept plot that could have come from “The Twilight Zone” or “Black Mirror” — exists in that most excellent of Venn diagrams, where high entertainment meets serious literature. The story concerns the passengers of Air France Flight 006, which flew into a terrible storm and emerged into an inexplicable situation. Le Tellier, who laces the narrative with scientific theories and philosophical debates, writes with a light touch, aided by Adriana Hunter’s translation, even as he makes you care deeply about a disparate range of characters, from a gay Nigerian pop star hiding his sexuality to an abused young girl in Brighton Beach who loves her pet turtle. In the end, he invites us to consider the most basic and urgent of questions: If life is beyond our control and we will all die anyway, how should we live?

Sarah Lyall is a writer at large at The Times.