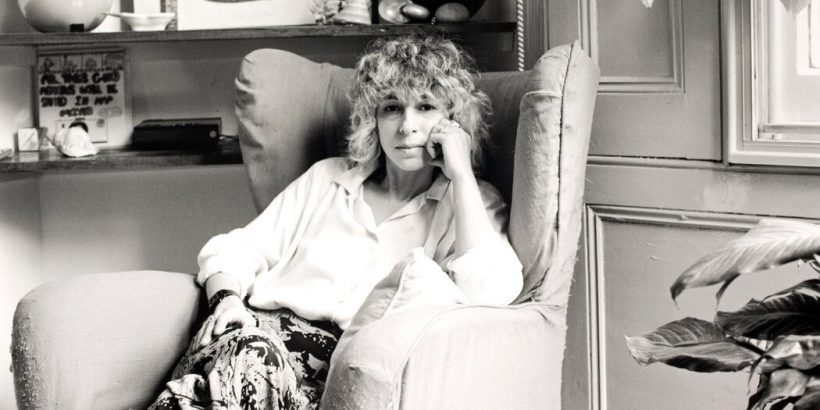 WHY DIDN’T YOU JUST DO WHAT YOU WERE TOLD?
Essays
By Jenny Diski

I’ve never been quite sure what the phrase “an acquired taste” is supposed to mean — I presume it has something to do with the subject (a writer) or object (red wine) in question not being immediately accessible or likable — but I would venture that the phrase applies to the British novelist and essayist Jenny Diski. Most critics, whatever their leanings or however widely they range, have a signature style. Diski, by contrast, can’t be easily placed: Her tone can be acidic and dismissive but it can also be empathic and tolerant; sometimes it can seem removed and arbitrary and at other times passionately engaged. In other words, one is never quite sure which Diski one will get. This makes for a singular reading experience, in which one watches an opinion take shape or a verdict bloom as it is happening.

Diski, whose name should be more recognized on these shores than it is, had a large literary presence in England. At the time of her death from cancer in 2016 at the age of 68, she had written a collection of stories and 10 novels — the first, “Nothing Natural” (1986), is a daring and vivid account of a sadomasochistic affair that sounds distinctly autobiographical (she was almost 40 when it was published) — as well as eight books of nonfiction, which toggled back and forth between memoir and travelogue or meditation. Although most of her books, especially “What I Don’t Know About Animals” (2010) and “Skating to Antarctica” (1997), received positive notices, she was best known for the more than 200 essays she contributed to The London Review of Books from 1992 to 2015. She continued writing until very near the end, keeping a kind of anticancer diary in which she also explored her chaotic past and complex relationship with the writer Doris Lessing, with whom she lived for several years beginning when she was 15. These essays were published in a volume with the somewhat ironic title “In Gratitude” shortly before Diski’s death.

With the posthumous publication of “Why Didn’t You Just Do What You Were Told?,” a collection of 33 essays that have been culled and introduced by Mary-Kay Wilmers, the former editor of The London Review of Books (she stepped down in February) and a good friend of Diski, her reputation as an original, witty and cant-free thinker on the way we live now should be given a significant boost. Her prose is elegant and amused, as if to counter her native melancholia (which she describes un-self-pityingly as “a small shiver of bleakness” or a “tiny blueness”), and includes frequent dips into memorable images: “I make regular trips to the fridge to gaze on its cosmic emptiness. I adore its lit-up vacancy.”

Like the ideal artist Henry James conjured up, on whom nothing is lost, Diski notices everything that comes her way: “Nothing is so red, moist and fleshy as the inside of the mouth of an elephant seal.” She is discerning about serious topics (madness and death) as well as less fraught material, such as fashion (about which she knows an impressive amount, referencing “madly deconstructed Margielas and Demeulemeesters” and “an almost-invisible beige shimmer of Armani”) and celebrities, including Keith Richards, Dennis Hopper and Princess Diana (“for a brief period, Diana had more and grander opportunities for contradictory behavior than most of us”). Her starting point, whether she is writing about Anne Frank, the strivings of the very rich, Stanley Milgram’s infamous series of 1961 experiments on the nature of obedience to authority or Elisabeth Nietzsche’s appropriation and distortion of her brother’s legacy, is always herself, as she readily admits in “A Diagnosis,” the book’s final essay: “I write fiction and nonfiction, but it’s almost always personal. … I’ve never been apologetic about that nor had a sense that my writing is ‘confessional.’ What else am I going to write about but how I know and don’t know the world?”

And in truth Diski’s first-person voice is like no other, selectively intimate but not overbearingly egotistic, like, say, Norman Mailer’s. It bears some resemblance to Joan Didion’s, if Didion were less skittish and insistently stylish and generated more warmth. What they have in common is their innate skepticism and the way they ask questions that wouldn’t occur to anyone else. About psychoanalysis’s belief in excavating the hurts of the past the better to understand the present, for instance, Diski, despite a harrowing history, says she can find “no underlying seismic fault waiting to open up” and goes on to ask, paraphrasing Freud’s famous statement about the goal of the talking cure, “Surely, it is neurotic to seek pain, where ordinary unhappiness is available?” Later on in the book she probes comically into her resistance to confronting the ghosts of her childhood and young adulthood: “My unconscious, if I have one, which I doubt, is so unconscious that it doesn’t tell me anything, not consciously anyway, and I have to manage all on my own.”

Diski grew up on Tottenham Court Road, the only child of parents who wandered around naked and whom she described as “suicidal hysterics”; they tormented each other and sexually abused their daughter. During a brief cushy period, Diski’s mother took her skating and dressed her in “velvet-collared coats” and white gloves. Meanwhile, Diski seems to have reveled in her father’s boundary-crossing overtures: “I adored being held in his arms and feeling his big hands stroking me. Stroking me where? Everywhere, I think. I took in his physical affection like draughts of delicious drink.” Her father was in fact a con man and adulterer, although the family’s neighbors, whom Diski visits decades later, remember him as “absolutely charming” and a “perfect gentleman.” After walking out several times, he abandoned Diski and her unstable mother for good. “My mother,” she recalls, “was a woman whose behavior was often inexplicable. Living with her, day by day, was like skating on newly formed ice. It constantly shattered, every day, but there was no alternative, no other place to go.”

Money rapidly became short, Diski’s mother was signed up for Social Security and a social worker suggested that Diski go to boarding school, which she did; the first school soon asked her to leave, the second expelled her after 18 months. From these dismal beginnings, everything went further downhill: After Diski was sexually abused by her mother at 14, she swallowed a handful of Nembutal and was put in a psychiatric hospital. Although Diski describes herself in “A Feeling for Ice” as “a tough child, right from the start … a survivor, to put against the flaky genes and the training in hopelessness,” this seems like a retrospective defense against a life that had become intolerable early on.

Then, in an improbable stroke of luck, Doris Lessing, at the urging of her son, who remembered Diski from boarding school, entered the picture and invited Diski to live with her. Lessing had just published “The Golden Notebook” and was at the height of her fame. For the next three years, the troubled teenager was welcomed into a civilized world of intellectual discussions, food in the fridge, wine on the table, regular hours as well as proper schooling and psychoanalysis, the latter of which Lessing paid for. Whether Lessing loved Diski or even much liked her — or, indeed, ever saw her for who she was — is another question, one that was raised by Lessing herself in a novel (despite the fact that the two had agreed not to write about each other) and is explored by Diski with radically conflicted feelings in “In Gratitude.” In a profile of Diski that appeared in The New York Times Magazine less than a year before she died, she described Lessing’s feelings toward others as consisting of “a sense of obligation without affection.”

There are so many more essays to recommend — about Howard Hughes, arachnophobia, the romance of office supplies, a review of a book called “Jews and Shoes,” which showcases Diski’s pronounced knowledge of Jewish ritual. Suffice it to say that our culture, enmeshed as it is in carefully arranged snapshots of real life, needs Jenny Diski, who, by her own admission, “never owned a camera, never taken one on holiday.” It is all but impossible not to warm up to a writer who observes herself so keenly — “I sneered in a relaxed manner to myself” — and who begins a review of a book on Jeffrey Dahmer by asking why the book exists (“Do we need to know about this man and his activities? Is he of intrinsic interest?”) and concludes by persuading us that Dahmer is not dismissible as a monster but rather has something to tell us about ourselves.

“Sometimes I think, I don’t think at all,” Diski muses in her endearingly self-deprecating way, “if thinking means some conscious process of the mind working out the nature and solution of a problem. I’m a little ashamed of this. I wish I thought properly, like proper people seem to think.” I, in turn, wish there were more people around who thought like Diski. The world would be a more generous, less shallow and infinitely more intriguing place.