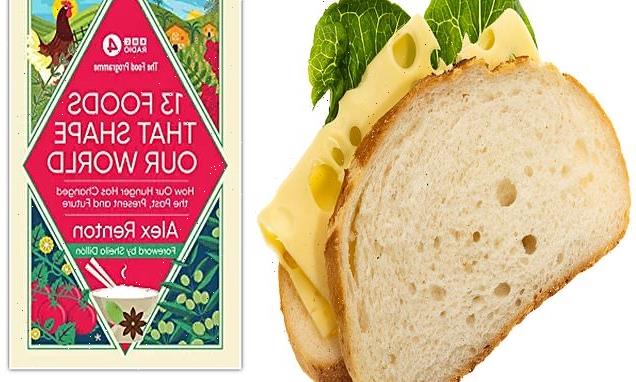 The cheese sandwich killing the planet! Author Alex Renton explores how the ingredients produce more than five times as many harmful emissions as a peanut butter and jam sarnie

13 FOODS THAT SHAPE OUR WORLD

In 1979, when the first series of The Food Programme was broadcast on BBC Radio 4, the show’s presenter asked whether more episodes of it were going to be commissioned. The station’s controller asked in surprise: ‘But won’t you have said everything there is to say about food?’

Apparently not. Today we watch endless TV cookery shows, we fret about food miles, trans fats and calorie counts, and we grow ever fatter, too — 63 per cent of UK adults are now overweight or obese.

For proof of the complexities of the food industry, look no further than 13 Foods That Shape Our World, billed as ‘the first official book’ from The Food Programme, which has now been on air for 43 years. The cover suggests it’s a jolly romp through the history of our most important foods, but it’s actually a long howl of anguish about modern food practices. 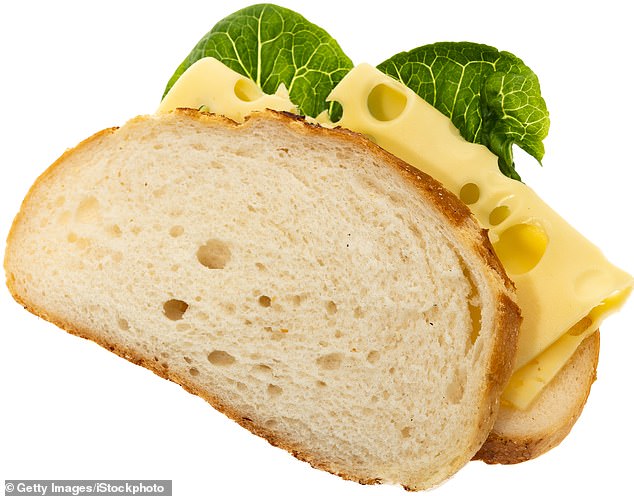 The ingredients for a cheese sandwich produce harmful emissions. Alex Renton’s new book shows how the food industry is impacting the climate

Take the sun-kissed Italian tomato: what could be healthier and more cheerful? In fact, many of Italy’s tomatoes are picked by migrants who work in dismal conditions. What’s more, your favourite pasta sauce may not even come from Italy. China is now the world’s major grower and processor of tomatoes and, as long as the paste is repackaged in Italy, it can be labelled as Produce Of Italy. ‘As a tomato lover … there’s quite a lot to worry about,’ Alex Renton writes mournfully.

Farming cows, sheep and goats for their milk may be ‘as ancient as civilisation’, but Renton tells us disapprovingly that modern dairy farming results in nearly as many ‘climate-damaging emissions’ as global aviation and shipping combined. The ingredients for a cheese sandwich produce more than five times as many harmful emissions as a peanut butter and jam sandwich — but isn’t that stuffed full of sugar?

There’s more gloomy news when it comes to our favourite fruit, the banana, that ‘amazing package of dietary goodness’. There are more than a thousand types of bananas in all sorts of colours and flavours — there’s even one which tastes of vanilla ice cream — yet almost all the bananas sold around the world are the same variety, the Cavendish.

Ominously, a virus is laying waste to many plantations of Cavendish bananas and may end up wiping them out altogether. The obvious answer is for us to try different varieties of bananas, but we consumers are firmly wedded to our familiar cheap, yellow, bendy banana.

Unless we widen our horizons, we may end up having no bananas. 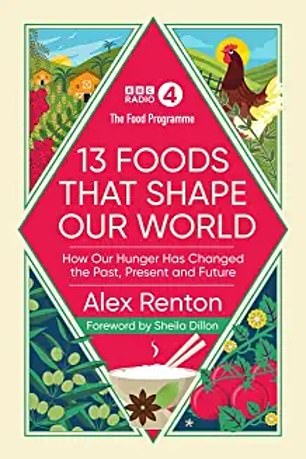 13 Foods That Shaped Our World has clearly taken its inspiration from another BBC spin-off, Tim Harford’s hugely entertaining 50 Things That Made The Modern Economy, but although it has many thought-provoking things to say about the history of our food and the way we eat today, the relentlessly finger-wagging tone becomes rather tiresome.

Renton is rightly scornful of the poor quality of much low-cost massproduced bread, but for anyone planning to bake their own wholemeal additivefree loaf instead, he points out that heating your oven to the right temperature for bread ‘is ten times as costly in terms of emissions of climate – affecting gases as buying one from a shop’.

So what is the eco-conscious foodie to do? The author’s answer to almost all ethical food dilemmas is that we should simply be prepared to pay more for what we consume (and in the case of bread, that means patronising your local artisan bakery).

For all its occasional preachiness, there are plenty of interesting foodrelated nuggets in this book. For instance: the secret to really smooth mash is to let the peeled potatoes sit in hot water for half an hour before boiling them.

But on the whole, 13 Foods That Shape Our World will leave you feeling depressed about what’s going on with food production, and confused about how to be an ethical shopper. The days when a radio boss thought there was nothing more to say about food seem a very long way away.