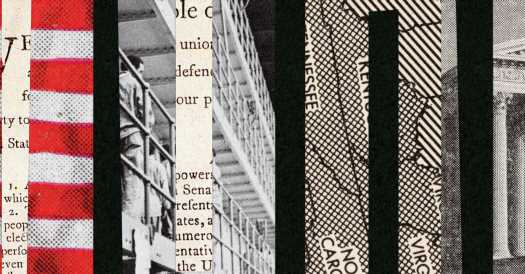 A combination of scholarly insight and firsthand pain lends force to this book about the inescapability of prison. Miller, an assistant professor at the University of Chicago, interviewed hundreds of people to learn how former inmates navigate life after serving time. He himself grew up in poverty while his father was in jail. “Halfway Home” combines case studies with memoir, focusing on Miller’s brother, whose collect calls, arbitrary parole officer and efforts to remain free bedevil the author and his middle-class family. The book also offers a wide view, noting that 45,000 state and federal laws regulate the lives of former inmates, adding up to the most “profound level of legal exclusion.” Their status as ex-convicts affects their ability to vote, secure housing, find jobs and see their children. Some of Miller’s rhetoric goes too far: He refers to jails as “cages,” describes incarceration as “the afterlife of slavery” and entitles one chapter “Chains and Corpses.” Yet counterbalancing these flourishes are the enraging indignities suffered by his subjects — most of them African-Americans. They include one man who spent hours traveling to the wrong agency on the instruction of a careless parole officer. He would have had to walk nine miles to another agency had the author not agreed to drive him. Miller describes this precarious ecosystem as the “economy of favors.” Ex-convicts move “from one catastrophe to the next,” relying on the forbearance of others to help them avoid eviction, firing or a missed appointment, any one of which could mean a return to jail. Miller turns a rigorous yet compassionate eye toward a population that we often overlook. Far from having paid their debt to society, former prisoners are persistently kept from rejoining it.

WHY THE INNOCENT PLEAD GUILTY AND THE GUILTY GO FREE
And Other Paradoxes of Our Broken Legal System
By Jed S. Rakoff
208 pp. Farrar, Straus & Giroux. $27.

Rakoff, a prominent federal judge, patiently but relentlessly details the shortcomings of the criminal justice system. After spending his career trying cases as a prosecutor and defense attorney, and then overseeing them from the bench, he began writing essays about law for The New York Review of Books. Thirteen are streamlined here into an elegant broadside from a liberal perspective. Prosecutors have too much discretion, he argues, strong-arming plea agreements and sidelining courts. Mass incarceration holds back generations of African-Americans without necessarily reducing crime. Meanwhile, corporate executives go free, shielded by deferred prosecution agreements. The precision with which Rakoff presents his arguments belies his outrage at a system that has gone wrong at multiple turns. Most of his contentions are persuasive, although some of the material about the war on terror feels stale. The book is best when the author draws upon his own time in judges’ robes, as in this arresting admission: “In the back of their minds, I suggest, most federal judges recognize the need to remain on good terms with the executive if their judgments are to be enforced.” More affecting still is Rakoff’s discussion of his experience as a victim of crime after his brother’s murder in Indonesia in 1985. The killer, benefiting from a corrupt justice system, received just three years’ imprisonment. Rakoff longed for retribution and a sentence of death. Yet he eventually came to denounce capital punishment for its expense, capriciousness and inherent racism, even declaring it unconstitutional in a 2002 judicial opinion. Nevertheless, determined to see both sides of a polarizing debate, he chides fellow abolitionists for “their failure to give more than passing attention to the moral outrage that provides much of the emotional support for the death penalty.”

HOW RIGHTS WENT WRONG
Why Our Obsession With Rights Is
Tearing America Apart
By Jamal Greene
336 pp. Houghton Mifflin Harcourt. $28.

Greene deplores “American rights absolutism” in this ambitious work. “U.S. courts recognize relatively few rights, but strongly,” he writes. “They should instead recognize more rights, but weakly.” Our maximalist rights tradition — Pure free speech! My body, my choice! — has inflamed politics by sidelining compromise. It has also moved debate from the town square to the courts, which tend to choose between competing interests rather than balancing them. It was not always so, Greene writes. For example, today’s advocates brook few restrictions on the Second Amendment’s right to keep and bear arms. But in the founders’ time guns in some places could be confiscated from anyone who refused to recite a pledge of allegiance. The case at the center of this book is a dispute that pitted a baker’s right to religious liberty against a gay couple’s right to be free from discrimination. In 2018 the court sided with the baker, who refused to make a cake for a gay wedding. A better solution, Greene creatively suggests, would have directed the baker to subcontract the job to a colleague or competitor. His conscience remains clean and the couple is not turned away. (And no one is happy!) American courts frequently “see their job in constitutional cases as deciding who’s right,” argues Greene, who teaches law at Columbia. “The answer, so often, is neither side — or both.” He illustrates his arguments with discussions of cases and laws in Canada, Germany and Britain, where the trade-off for less rights protection is a lower temperature in political fights. Yet while bracing in its radical moderation, the book presents unlikely avenues for reform and ultimately feels abstract. Greene offers less a way forward than a road not taken.