A MAN IN LOVE
By Martin Walser
Translated by David Dollenmayer

One hot summer in Marienbad, 73-year-old Johann Wolfgang von Goethe runs into Frau von Levetzow and her three daughters, old family friends. He has always been struck by the eldest, Ulrike (now 19), but this year he notices a difference in the way she returns his gaze. “Please understand, dear onlookers, I study not just stones, but eyes as well,” he declares in Martin Walser’s new novel, “A Man in Love.” Goethe has become famous enough that he has to play up to the role. “What causes more changes in the eye, a new light from without, or a different mood from within? Since … the weather has just now slid a dense cumulus cloud in front of the sun for us, Ulrike’s eyes are in the process of changing from blue to green.” In spite of his professorial tone, Goethe’s a goner — he’s the one in the process of changing, and the rest of the novel follows him through the various feverish stages of an obsession.

Walser is telling a version of the story that made Goethe famous in the first place, of the sorrowful young artist Werther’s unrequited infatuation with a young woman called Lotte. “Was not our relationship,” Werther asks, “a perpetual interweaving of the most subtle feeling with the keenest wit, whose modifications, however extravagant, all bore the mark of genius?” This, more or less, is what Walser’s elderly hero feels now about his conversations with Ulrike, who teases him by twisting his own slightly pompous epigrams against him. (At one point, she even quotes a long passage from one of his novels.) Like Werther, Goethe ends up tagging along, involving himself in Ulrike’s life (buying presents for her sisters, making small talk with her mother) in the belief that something exquisite and profound and unreadable by outsiders is taking place in their everyday encounters. 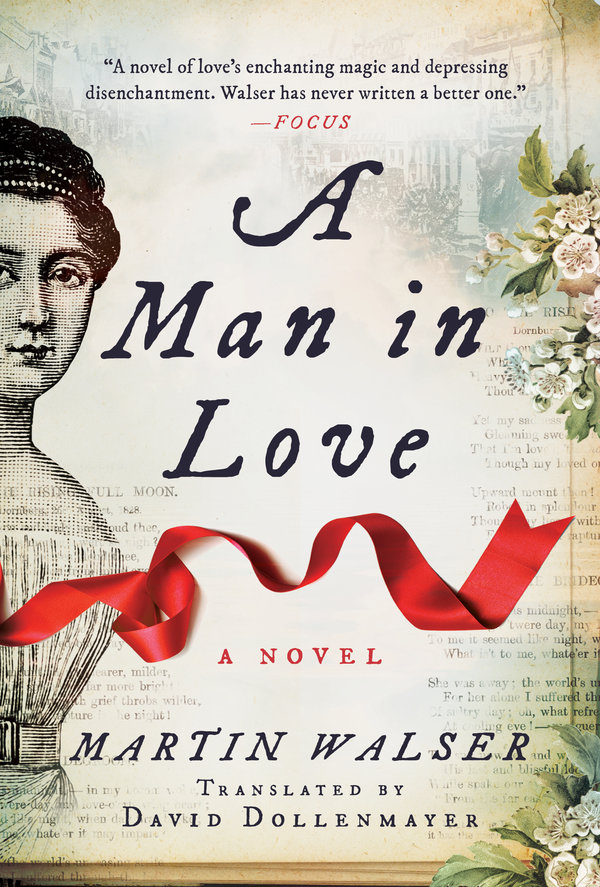 Auden described “Werther” as “one of those works of art in which the conscious and unconscious motives of the creator are at odds. … To us it reads not as a tragic love story but as a masterly and devastating portrait of a complete egoist, a spoiled brat, incapable of love because he cares for nobody and nothing but himself and having his way at whatever cost to others.” Elements of this description fit Walser’s novel too, but maybe Auden exaggerates a little. Walser’s characters, of course, have the advantage of knowing about their earlier incarnations. Goethe and Ulrike win first prize at a fancy dress ball after each dresses up (without telling the other) as Werther and Lotte. To escape the heat of the party, they go for a walk and the poet trips over a branch, hurting himself badly. He’s not as sprightly as Werther, after all.

The real Ulrike (and there was a real Ulrike, referred to briefly and movingly in the final chapter) gets a little lost in this portrait of a writer’s egotism. Her appearance is always filtered through Goethe’s obsession, so that the experience of a 19-year-old woman, awkwardly trying to respond to the flattering but also insistent and uncomfortable attentions of a powerful man, isn’t what comes across. We never find out what she really thinks of him; it’s her mother who steps in and makes Goethe understand that his marriage proposal is ridiculous. Ulrike is hemmed in on all sides.

Goethe himself is more exposed, and the picture we get of him is more complex than sympathetic. His feelings are wildly exaggerated, but his pain is real — apart from everything else, he suffers from old age, coughs, fevers, falls and tiresome social engagements. There’s also the fact that Goethe, unlike Werther, was a great writer, and at the heart of this beautiful novel lies Goethe’s great late poem about his infatuation, the “Marienbad Elegy” (with the original German helpfully placed beside the English, which shows the deftness of David Dollenmayer’s translation). It’s the work of a famous man who can confidently assume that his private troubles have a scope and scale that make them publicly significant. As they turned out to be.

Benjamin Markovits’s latest novel, “Christmas in Austin,” will be published in November.