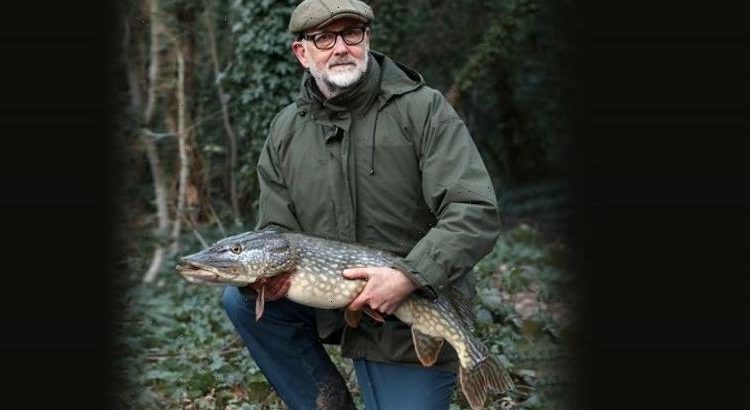 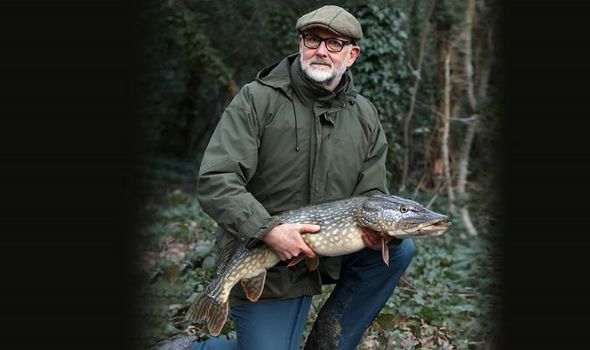 HE WAS a newspaper dance critic for 13 years, dreaming up the stories in his spare time that would eventually inspire the BBC’s hit thriller, Killing Eve, starring Jodie Comer as his beautiful assassin Villanelle. But after three volumes, and three television series so far, in a plot twist no one could have predicted, the next chapter in Luke Jennings’ writing will be a short story for an anthology about fly fishing, called Lifelines.

After closing the file on his successful spy novels, and with a fourth series of Killing Eve coming in 2022, Jennings has been busying himself with a short story, Homecoming, for the fishing book project. Yet, fittingly for the man whose imagination spawned some of the most memorable spy and secret agent characters in recent history, his own love of fishing was inspired by a real-life undercover agent who would go on to be murdered by the IRA.

It was as a fresh-faced pupil at Gilling Castle, a former feeder prep school for Ampleforth College in Yorkshire, that Jennings, then 12, was impressed by occasional talks given at his school by Robert Nairac. The latter had just left Ampleforth and was about to join the Army and the ultra secret 14 Intelligence Company.

Although there was some eight years between them, Nairac and Jennings formed an unlikely friendship. “Robert Nairac opened up the whole world of fly fishing to me, he was like an elder brother in a way,” recalls Jennings. “He was very charismatic, a keen falconer, fisherman and shot. I went to stay with his family and we’d go fishing. His father was also a very fine fisherman. I learnt a lot from them. Robert was very sociable, had loads of friends and a deep love of the countryside.

“He was very generous with his knowledge, a very good teacher. I grew up in the countryside and there wasn’t a great deal to do, but fishing was always a good day out, even if you weren’t successful. Robert taught me fly fishing when I was about 12 and I’ve just kept going throughout my life. Fishing means different things at different times in your life. As a boy it was an adventure, an outing. Now I have more time to fish but what I appreciate about it is really going out for the day with friends, spending the day in the countryside and relaxing. It is the fishing, too, but it’s about being with people who share your interest and excitement for wildlife.”

AND often, as he sits on the riverbank, Jennings recalls those blissful childhood days when Nairac patiently taught him casting skills. Nairac shone during officer training at Sandhurst and joined the Grenadier Guards but volunteered for dangerous military intelligence liaison work in Northern Ireland during The Troubles.

Tragically, he was abducted from the car park of The Three Steps pub in Dromintee, South Armagh, by the Provisional IRA on May 14 1977, taken across the border into the Republic of Ireland and killed in a wood. He was just 28 with a bright future in the army ahead of him and his body has never been recovered despite many searches and appeals.

In 1979 he was posthumously awarded the George Cross. “I must have been 20 or so when he was killed,” says Jennings. “It was absolutely dreadful. It certainly made a very big impression on me. I went to his memorial service. Obviously his parents were terribly upset. It was a horrendous experience for everyone involved.”

But for a budding writer, the tragic fate of his friend, and the high stakes life that led to it, were bound to provide food for thought. “The spy world has always been part of my literary life,” he says. “I have always known people in that world and been interested in it and the literary side of it. It is a very fertile area for a writer, the world of deceptions and false identities and so on.”

In his teenage years Jennings devoured Ian Fleming’s James Bond books and later appreciated John le Carré’s spy novels. Growing up in the Cold War, he was very conscious of the threat of nuclear war posed by Russia.

Although a trained dancer, Jennings went into journalism and travelled to Russia several times to write dance stories, but later travelled there to do research work for his Villanelle trilogy. His anti-heroine, brought to a wider audience by Jodie Comer, is not based on particular Russian women but he admits she has characteristics of people he has read about and observed.

“Whenever you create a character it is never a direct translation of real people,” he explains. “It’s an accretion of impressions that you get over the years. I am 68 and the advantage of that is that the longer you write, the more experience you have to draw on.”

Despite his literary longevity, one area of expertise he had not mastered was high class fashion. In scenes from the drama which live long in the memory, Villanelle sent drably dressed Eve stunning and expensive clothes as a way of taunting her in their psychological warfare.

To research the subject Jennings invited his then 13-year-old daughter Laura on a trip to Paris to try out the fabulously expensive outfits at top fashion houses. “We went around all the best designer shops,” he recalls with a laugh. “Laura tried on everything that caught her eye and they ran around to bring her this and that. They were very used to demanding teenage girls.

For now he is keen to talk about Homecoming, one of the stories in Lifelines. In it he imagines dying on an operating table and then having an out-of-body experience as he is transported to an afterlife. Beside him is a whiskery man who hands him some clothes. “It was strange, not being visible,” he writes in Homecoming. “Occupying the same space, but a different dimension to those – the hurrying medics, the blank-eyed passive patients – whom we passed.”

His new friend Pat takes him off in a Humber Hawk car and they end up in an idyllic spot off the A303, where they stop at an Edwardian hotel. They are met by a moustached vaguely military puts him at ease and leads him to a room with hooks on the wall and fishing bags. By the hotel is a river, which snakes for miles east and west and is ideal for fly fishing.

“I enjoyed writing the story and exploring the ultimate question – is death the end? Or do we live on in some way,” he adds. “I’ve been involved with a charity for disabled anglers, so Lifelines is just the sort of book to support them. By and large anglers are generous in their support for charities. It was a great idea to do an anthology of angling tales to raise money. I was very pleased to be asked to contribute.”

The book, compiled by keen anglers Nathan Walter and Rod Sturdy, has 27 short stories, including one from comedian Paul Whitehouse who recalls a burning hot August week on the River Dee in Aberdeenshire, Scotland, where he’d gone to learn Spey casting for salmon.

WHITEHOUSE thought he’d snagged a tree trunk but it was a 15lb salmon. A fresh wild salmon was a real prize and meant a sumptuous dinner back at the hotel,” he writes. “I would never do it now as we have even fewer magnificent creatures in our rivers.”

Whitehouse’s love of fishing comes across in his TV angling show, Mortimer & Whitehouse: Gone Fishing, with his old friend and fellow comedian, Bob Mortimer. “It is great to have these well-known figures writing for Lifelines,” says Nathan, 53, head steward of Knole Park golf club in Sevenoaks, Kent, who has fished all over the country.

“We raised money for the book through crowdfunding and we were delighted by the response. Whilst I wanted a mixture of angling luminaries, entertainers, filmmakers, authors and presenters to contribute stories, I also wanted first-time writers. This gives us a smorgasbord of talent, with some superb fiction and non-fiction stories.”

Proceeds from the sale of the books will go to The Royal Marsden Cancer Charity and the John Wilson Fishing Enterprise. Wilson was a popular presenter of angling television programmes and following his death his daughter, Lisa, set up a project with the aim of helping people with mental health issues to improve their wellbeing through fishing.

Lifelines, An Anthology of Angling, Anecdotes and More, compiled by Nathan Walter and Rod Sturdy, is published by Arthur H. Stockwell. Paperback costs £10.95 and hardback £15.95 from their website.