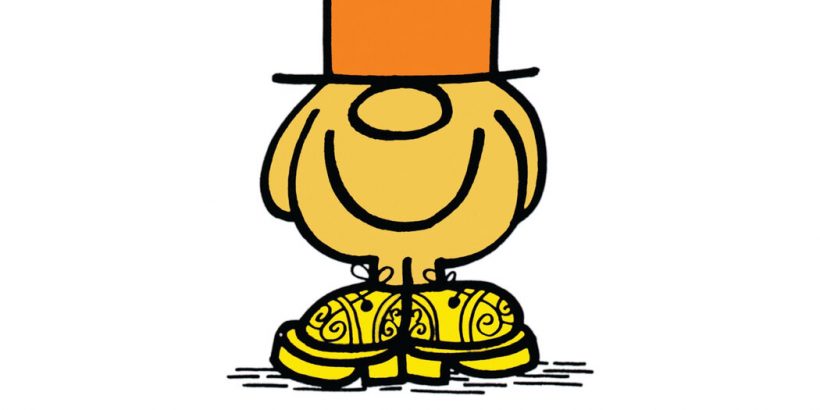 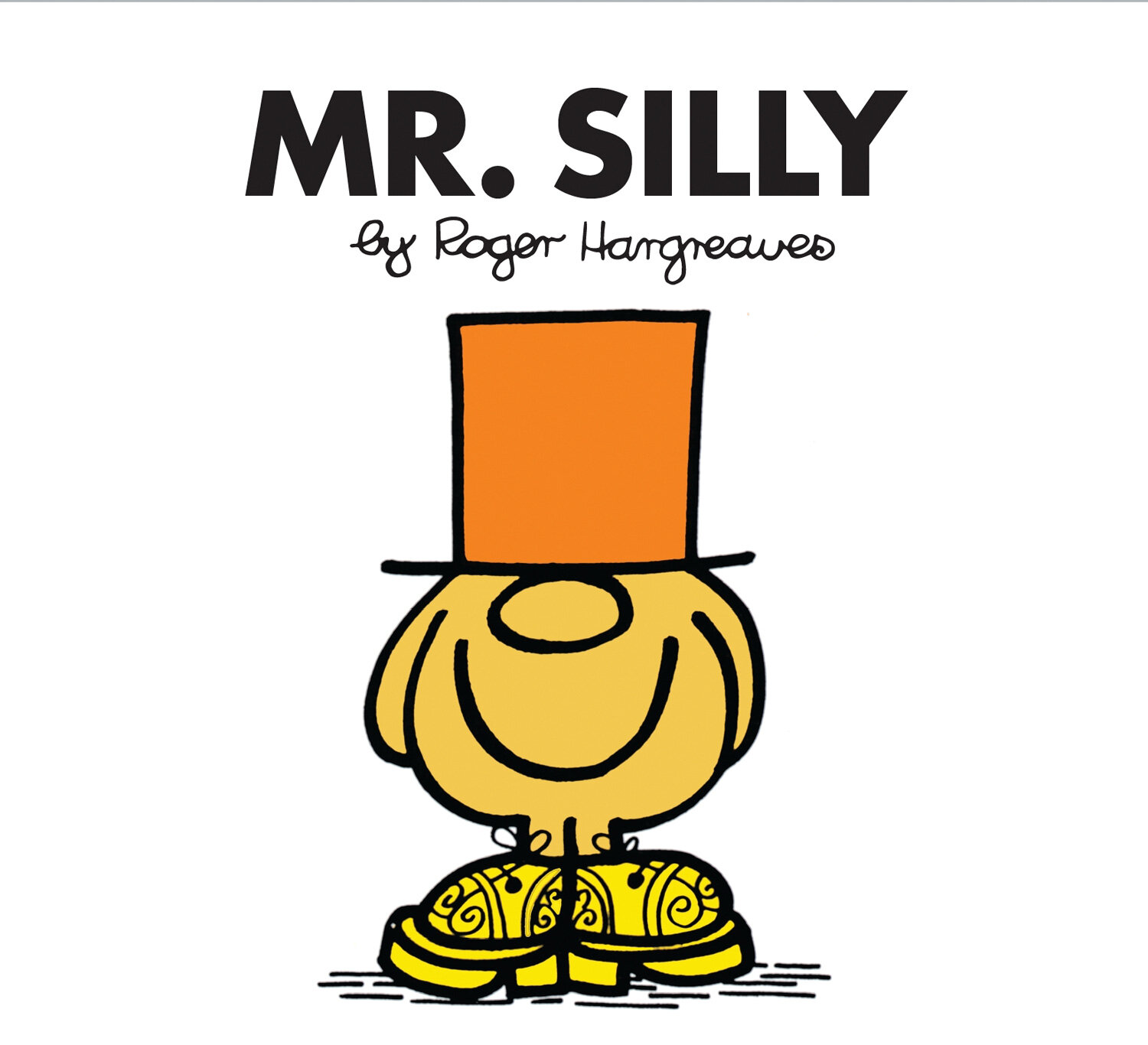 In the world of Mr. Men and Little Miss, things are exactly what they seem.

Mr. Late is never on time. Mr. Nosey is minding everyone else’s business. Little Miss Curious asks a lot of questions. There are nearly 100 characters, each with a self-titled children’s book in which his or her defining feature causes a bit of a predicament. By the end, however, they learn the error of their ways. And so do the children reading along.

This year marks the 50th anniversary of the publication of the first book in the series, “Mr. Tickle,” which the author, Roger Hargreaves, wrote and illustrated after his 8-year-old son Adam asked what a tickle looked like. Hargreaves, a British copywriter, continued to invent characters, developing their signature look — brightly colored minimalist figures, drawn against simple backgrounds — and winding up with 43 Mr. Men, 21 Little Miss characters and a thriving publishing brand before he died of complications from a stroke in 1988.

Adam Hargreaves, 25 when his father died, took over the business and, after years of practice, adopted his father’s style. He has now created 13 characters and written and illustrated 150 titles, including ones with fairy tale, travel and holiday themes. Today, over 250 million books have been sold in over 28 countries, according to Sanrio, the Japanese company best known for Hello Kitty, which bought the brand in 2011. The books have been translated into 17 languages, including French, Hebrew and Korean.

According to Adam Hargreaves, the popularity of the books stems from the clean look and clear messages that his father had a knack for because of his advertising career.

“It’s all got to be quick and snappy. An idea’s got to be instantly understood,” he said in a video interview from his studio in a 19th-century stable next to his home in Sussex, England. “So I think he transferred some of that ideology into how he wrote Mr. Men, and how he drew them as well. They’re kind of instantly recognizable.”

The books, published in Britain by Farshore, a division of HarperCollins, and in the United States by Penguin Random House, quickly led to other media and merchandising. A cartoon series ran on the BBC for 10 years starting in 1974, which helped solidify Mr. Men and Little Miss in British pop culture. Under Roger Hargreaves, items like Mr. Bump bandages and Mr. Greedy sweets were introduced. 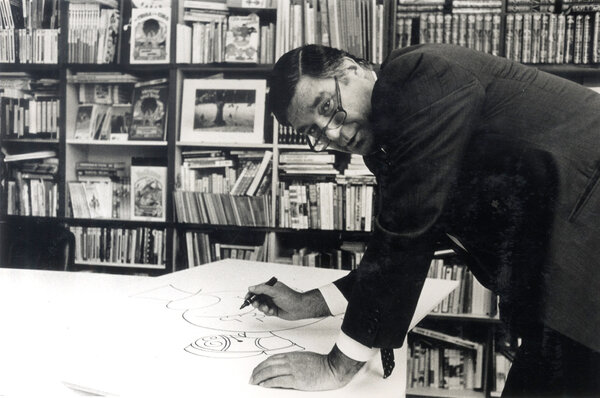 Silvia Figini, a Sanrio executive who oversees the Mr. Men Little Miss brand, said that Sanrio was drawn to it because it fits with the “kawaii” cuteness aesthetic personified in Hello Kitty.

The series holds nostalgic appeal for some of the Gen Xers and millennials who grew up with it. In 2016, the fashion designer Stella McCartney approached Hargreaves to Little Miss-ify her in a book and later developed a line of children’s clothes inspired by Little Miss Stella. The Spice Girls starred in their own individual books in 2019, the same year that Adam Hargreaves created a Doctor Who collection featuring the characters from the sci-fi series rendered in Mr. Men style. Hargreaves continues to write and illustrate titles, including “Mr. Bolt,” inspired by the track star Usain Bolt, which was published in November.

“They’re like Pop Art in a way. They really can be easily elevated because of their simplicity and their iconic look,” said the children’s book author and illustrator Jay Cooper. “They’ve got thick lines and simple colors — there’s no primary thing you’re supposed to be looking at and no secondary thing. It’s all one thing, like a piece of Lichtenstein artwork.”

The books’ merits go further than their visual appeal. According to children’s book experts, the key to their longevity is the straightforward way the characters personify emotion and behavior, which helps children learn and understand themselves.

“A parent is going to say: ‘My child is being kind of greedy. I’m going to read him this little book that has a lesson that’s gentle.’ They’re not didactic books,” said Cecilia McGowan, a former children’s librarian and past president of the Association for Library Service to Children, a division of the American Library Association. “I see them as interactive books. They’re meant to be read to a child and when you’re reading it, you’re explaining it, there’s a conversation between the adult and the child going on.”

But the books have drawn some criticism for how they pair different behaviors or traits to a “mister” or a “little miss.”

“I remember them as sweet little funny books, and they certainly reflect the lives of the child who’s reading it or the parent reading it to them, but it really is so gendered,” said Lisa Von Drasek, the curator of the Kerlan Collection of Children’s Literature at the University of Minnesota. “The gendered girlie stuff for Little Miss and the gendered masculine stuff for Mr. Men all could be Mx. You could have girlie Mx and masculine Mx. What better way to celebrate than reflect present day and include all children?”

In a possible nod to such concerns, Little Miss Inventor, an engineer, was introduced in 2018. Earlier this year, an online contest was held to name new characters, and Mr. Calm and Little Miss Brave won. Their books were published in September.

“Little Miss Brave and Mr. Calm are not necessarily stereotypes,” said Casey Nugent, an associate publishing manager at Penguin Random House, the series’ U.S. publisher. “It’s saying girls can be brave and strong, and boys can relax and be meditative. There’s a growing tradition in these books to buck standards as time goes on.”

In October, Endeavor Content, the production arm of the entertainment and sports conglomerate Endeavor, struck a deal with Sanrio to create a Mr. Men Little Miss television series.

“The events of the last two years have really highlighted for us how young children, now more than ever, need a way to better understand themselves and their feelings,” said Tamara Rothenberg, a senior vice president at Endeavor. “We see Mr. Men Little Miss as an absolutely incredible way to facilitate that understanding and conversation though a fun and playful brand.”

Adam Hargreaves keeps the original “Mr. Tickle” boxed in a drawer in his studio. It’s written with Magic Marker on cardboard, the same size as the books today, and bound with gaffer tape. Of all the characters in the series, he said, his father is best embodied by Mr. Silly.

“If you have a character like Mr. Grumpy or Little Miss Naughty, there’s a comeuppance at the end. There’s sort of a small moral or lesson learned from the book, but I don’t think that’s the principal driving idea behind them,” he said. “It’s about entertaining and amusing children.”