For parents who struggle to keep their kids in books, sequels are a blessing. If kids like the first book, it’s almost a guarantee they will like the next, and the next, and so on. Many an author who has delighted children once can successfully spin out characters and plots into new iterations, even if they never anticipated creating a series. Surprisingly to us jaded adults, the quality of these sequels doesn’t necessarily drop off a cliff. These four new books for middle-grade readers all reprise characters and settings from previous favorites.

Jennifer L. Holm, who traverses many genres from graphic novels to historical fiction and has been awarded three Newbery Honors, has followed up her 2014 best seller “The Fourteenth Goldfish” with THE THIRD MUSHROOM (Random House, 217 pp., $16.99; ages 8 to 12). In the first book, the middle schooler Ellie Cruz is living an unexceptional life when her mom is summoned by the police and returns home with a 13-year-old boy who is actually Ellie’s grandfather, Melvin Sagarsky, a retired scientist made young again through the cellular regeneration properties of a rare jellyfish. Forced to attend middle school with Ellie, Melvin enlists her and her friend Raj in a plot to patent the reverse-aging process. “The Fourteenth Goldfish” was an appealing mix of true-to-life and plain bizarre — and now, one year later, “The Third Mushroom” finds Ellie in seventh grade and needing a partner in the county science fair. Naturally, she teams up with Melvin — who may be her grandfather but is now hitting puberty, so he eats a ton, sleeps late and needs braces. The premise is barely explained in the sequel, so it helps to have read “The Fourteenth Goldfish,” but Melvin’s transformation is just as amusing. 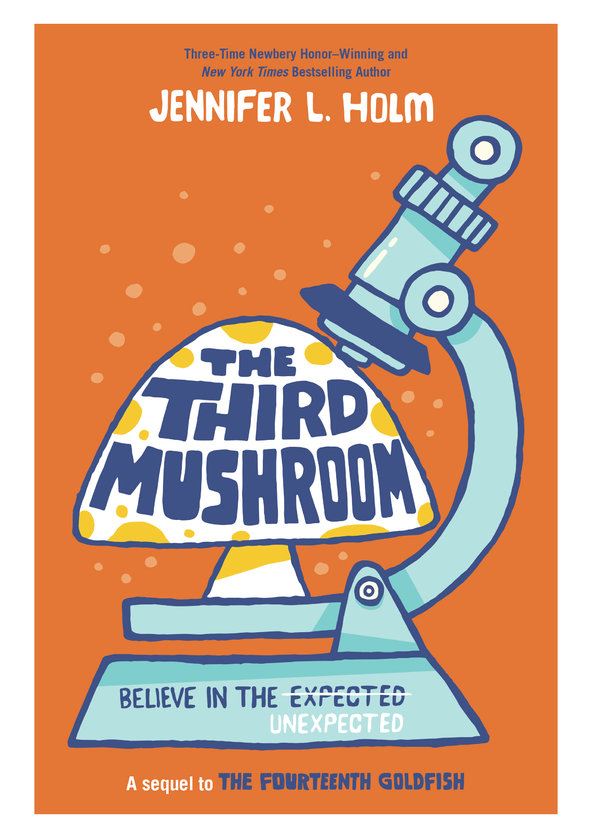 Ellie and Melvin’s project on fruit flies goes awry when Melvin starts experimenting on himself. Their discovery winds up reversing the anti-aging process. They don’t win the prize, but Ellie gets her real grandfather back. “He seems lighter,” she observes. As for Melvin, he says with a shrug: “To be honest, I wasn’t looking forward to having to take the SATs again.” Holm’s still-witty sequel adds a touching element of loss in the back story of the death of Ellie’s grandmother, whom Melvin’s scientific genius could not save.

Tim Federle, who co-wrote the musical “Tuck Everlasting” and the movie “Ferdinand,” knows the territory of being a misunderstood theater kid. As a teenager, he escaped his hometown to come to New York City to pursue a Broadway career. His novel “Better Nate Than Ever” told the story of Nate Foster, an eighth grader who steals his mom’s A.T.M. card and his brother’s fake ID and boards a bus to try out for a Broadway musical version of “E.T.” Next came “Five, Six, Seven, Nate!,” in which Nate lands an ensemble role, moves to New York and prepares for opening night. Now the series comes to an end with NATE EXPECTATIONS (Simon & Schuster, 256 pp., $17.99; ages 10 to 14), which tackles what happens after your dream comes true: The show closes after bad reviews. As with his earlier books, Federle skillfully pivots between the comedic commentary and the moving introspection of a boy trying to find his place in a homophobic world. 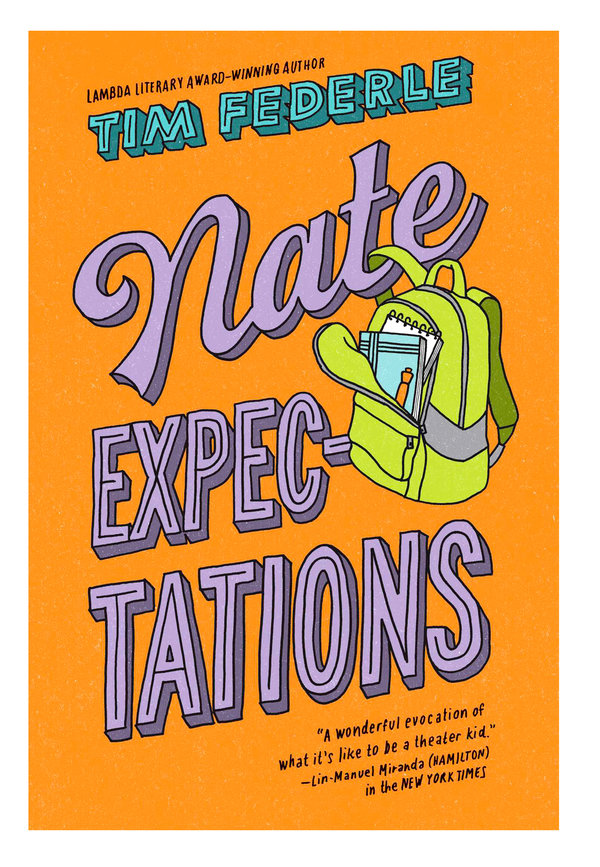 After experiencing the freedom to be himself — as well as a secret romance with a castmate — Nate Foster has to go back to Jankburg, Pa., “a town that somehow both never knew my name but also hated everything about me.” To make things worse, the high school auditorium is being torn down to build a lacrosse field. Undeterred in his love of the theater, Nate sets out to stage a musical production of “Great Expectations” in the gym, and instead of getting ostracized, he gains fans among students and administrators alike. “Some days you’re a freshman in high school, and though the world is a bubble of suck, inside the bubble you’ve made something rare and beautiful,” Nate observes. Readers will feel reassured that Nate will survive high school and go on to pursue his passion with confidence.

“Zora was bold and honest like a bumblebee asking to nectar on springtime flowers, and loud and fearless like a bobcat,” says 12-year-old Carrie Brown, the narrator of the beautifully written ZORA AND ME: THE CURSED GROUND (Candlewick, 250 pp., $16.99; ages 10 and up), by T. R. Simon. In this second book in a promised series that imagines the life of the young Zora Neale Hurston, Zora and her friend Carrie solve a murder in their town of Eatonville, Fla., in the early 1900s. Although Eatonville is the first black incorporated town in America, Zora and Carrie are hardly shielded from the racial violence of the post-Reconstruction era. In “Zora and Me: The Cursed Ground,” the two girls learn about the enslaved history of some of their town’s inhabitants and the ongoing legacy of that bloody bondage. 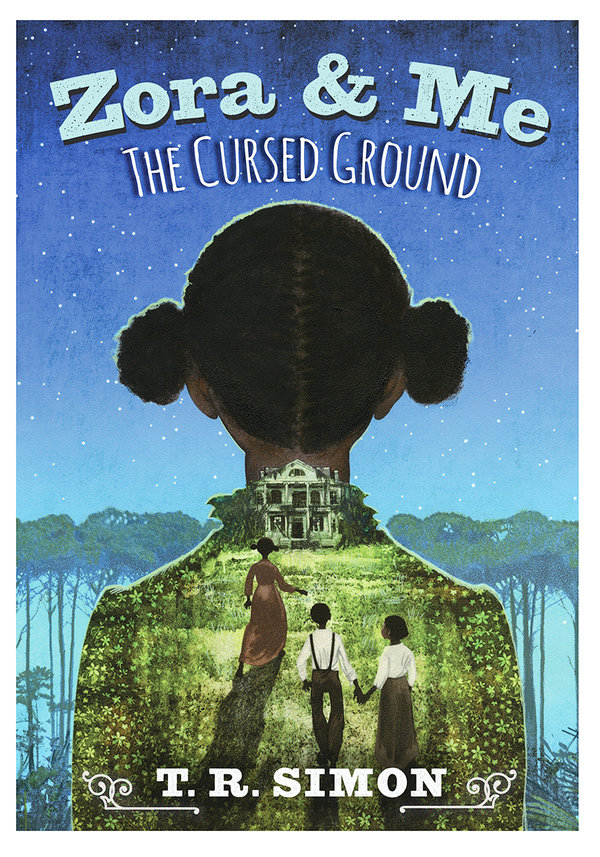 When Zora and Carrie stumble upon an old slave plantation house in 1903, they can hardly imagine a world where people are treated like property. But then two white men ride into town claiming that the land should never have been incorporated into Eatonville. Zora’s father, who is Eatonville’s mayor, is forced to take a stance. “The past is coming for us, isn’t it?” her mother asks. “White men with lynching ropes will hang us from trees here as easily as they did in Alabama. We were foolish to think that there could ever be a safe place, that we could ever get away.” The land in question holds a dark secret, one told in flashbacks from a healer named Old Lady Bronson that slowly connect the past with the present. The flashbacks vividly depict Old Lady Bronson’s life as a young girl when she was taken from Hispaniola to Florida to work on the plantation. The connection between slave times and Zora and Carrie’s world unravels slowly and with well-crafted suspense and a horrifying surprise twist. “History wasn’t just something you read in a book,” Carrie observes. “It was everything your life stood on. We who thought we were free from the past were still living it out.”

Middle-grade fiction has seen no shortage of books in the Harry Potter/Percy Jackson mold — stories of outsiders whisked off to parallel worlds where they discover their special power, receive their education and face trials to determine if they will use their potential for good or evil. These story lines often follow Joseph Campbell’s “Hero’s Journey” and provide an ample runway for a blockbuster series. Jessica Townsend’s best-selling “Nevermoor” set the stage for such a breakout by introducing 12-year-old Morrigan Crow, who is hated and feared even by her own family until she is plucked for membership into the elite Wundrous Society, where those with special talents collaborate to protect the land of Nevermoor against evil elements. 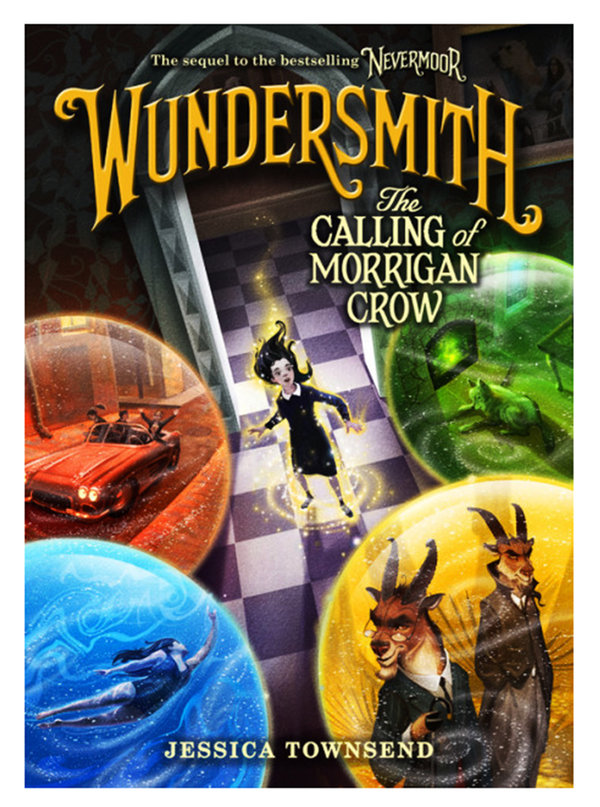 Townsend’s sequel, WUNDERSMITH: The Calling of Morrigan Crow (Little, Brown, 337 pp., $17.99; ages 8 to 12), follows her heroine through her first year of training. It’s filled with creative details of a school unlike any other (classes in speaking to dragons; half-human, half-tortoise teachers who can slow time). But unlike J. K. Rowling and Rick Riordan, Townsend has created a completely fantastical realm, so it lacks the playful tension between the real and the make-believe (such as taking the Long Island Expressway to Camp Halfblood in Riordan’s books). As pure fantasy, it also requires more back story, and “Wundersmith” gets bogged down in places by recapping what happened in “Nevermoor.” But Townsend’s skillful, suspense-filled storytelling in “Wundersmith” will keep readers entertained, as Morrigan and her eccentric classmates face a test of loyalty and bravery in what will surely be the first of many to come. After all, Morrigan’s got five more years of school ahead of her.

Ruth Davis Konigsberg, the author of “The Truth About Grief,” is working on a master’s degree in library science.