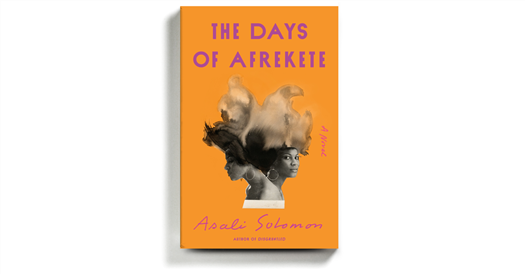 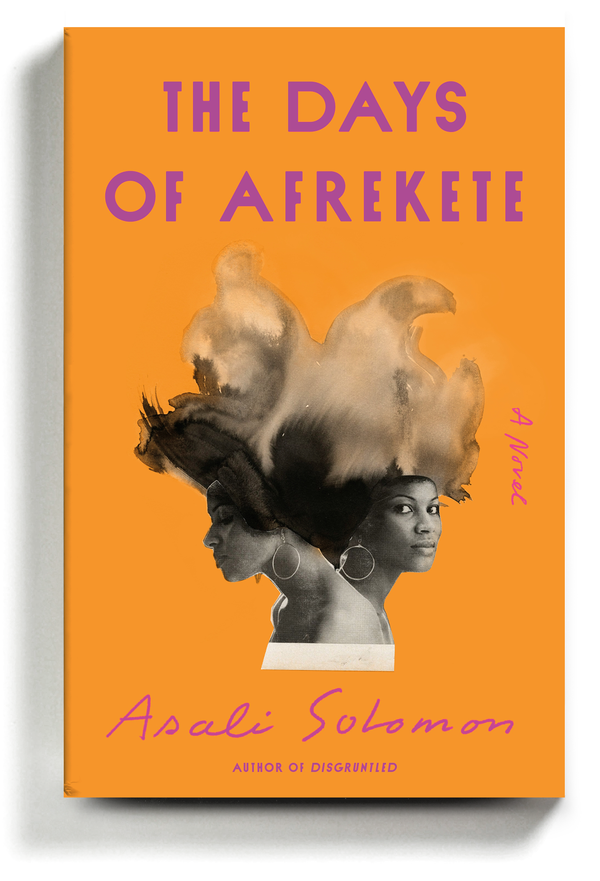 You are a Black woman living in a gorgeous 150-year-old Philadelphia house. Your husband, who is white, has cut corners while running for the state legislature, and the F.B.I. is closing in on him. He sucks lollipops to keep from smoking cigarettes and, if you’re being honest, the habit repulses you, especially when he tosses a soggy stick toward the wastebasket with a languid motion and misses and says, “Layup.” You fantasize about making your body slimmer and your jewelry heavier. Your name is Liselle. Your life will soon become a museum of shame. Also, you do not exist; you’re the protagonist of Asali Solomon’s second novel, “The Days of Afrekete.” But you are one of those fictional characters so three-dimensionally rendered that it’s easy for a reader to slip into their expensive shoes and wander through a world more realistic than reality.

We meet Liselle on the evening of a dinner party she is hosting after her husband’s decisive political defeat. (His name, beautifully, is Winn.) The dinner features chicken in fig sauce followed by a plum tart with bourbon-spiked whipped cream. At the back of Liselle’s mind is Selena, a college girlfriend whose life veered in a sorrowful direction after their romance ended. Other episodes of history whirl through her brain: the time her son came home with green dreadlocks; the time she met her estranged father; the night of her own wedding, when she and Winn got too drunk and spent their first married hours trading turns at the honeymoon suite toilet.

But mostly she thinks of Selena. As the dinner progresses, we slip out of Liselle’s consciousness and into the mind of her ex, following Selena from college to a stay in a psychiatric hospital to an internship to a menial job, through one-night stands and conversations with co-workers and an episode of getting booked for disturbing the peace at a Starbucks after pouring milk on the floor.

Solomon has a way of taking class lines that are often invisible and turning them into one of those laser museum security systems that you see in heist movies: neon, treacherous, uncrossable. In the middle of Liselle’s party, a woman knocks at the door and asks if she can wash down the house’s windows for a few dollars. “It’s not a good time,” Liselle tells the woman. “I’m not begging. I work,” the woman replies, addressing the subtext rather than the text of Liselle’s remark. In the 30 seconds it takes to shoo the woman away, Liselle experiences a mental emergency. She feels guilty, she feels irritated, she recalls moments in which she herself “felt like a panhandler.” Then Winn appears behind her and tells his wife to shut the door.

We learn about Jimena, Liselle’s “helper,” who is supposed to assist with the party but sends her daughter, Xochitl, instead. Liselle can’t pronounce Xochitl’s name, and feels awkward ordering the younger woman — a Ph.D. student and immigration rights activist — to defrost mushroom tarts. For that matter, she also feels awkward paying Jimena, an old woman with bad knees, to scrub her bathroom and load her dishwasher. Contemplating the employees, she pictures herself as “the Black mistress of a tiny plantation” or “wearing a hoopskirt and waving her lace fan at Xochitl, across a gulf, from the wrong side of history.” Then again, Liselle doesn’t want to scrub the bathroom herself.

Her thoughts always return to Selena. Where Liselle has scrambled up the socioeconomic ladder and now plays gracious hostess to the “menacingly dull” lawyers at Winn’s firm, Selena lives with her mother and works two jobs. She wears a raggedy sweatshirt. Her boss at one job tells her that she is “a 3-D Black person trying to fit into a 2-D box.” Her primary duty is to maintain chemical stability; her routine consists of work, medication, therapy, peppermint tea, sleep, repeat. When Liselle calls and leaves a message with Selena’s mother, Selena’s carefully tended equilibrium is dashed.

A running theme of the novel is the misidentification of Liselle, both by others and herself. Nobody can get her name right. Some people call her “Liesl” and others “Lysol”; her grandmother-in-law goes with “Lisa” while her mother-in-law, slightly closer to the mark, lands on “Lisette.” The very question that prompts the phone call is whether Liselle, when she gave up Selena, surrendered the possibility of recognition for good. As a young woman she dated girls and read Audre Lorde and earned a reputation as an icy seductress. At 41 she is afraid of her mom, annoyed by her friends, insecure about her thinning hairline. Worst of all, she has adopted the politician’s habit of referring to people as “folks.”

Liselle’s call to Selena happens in the first few pages of the book, just before dinner begins, which is to say that we meet our protagonist at the precise moment her Potemkin life becomes intolerable. What exactly the gesture triggers is revealed over the course of a novel so concise it reminded me of one of those wrinkle-free travel dresses that magically expand from a folded cube into a wearable garment. Solomon’s novel is a feat of engineering. It’s also a reverie, a riff on “Mrs. Dalloway” and a love story. In Liselle, Solomon has invented a character who comes to the mind’s eye in HD, with anxieties, jokes, memories, furies and survival instincts all present in prose as clear as water.