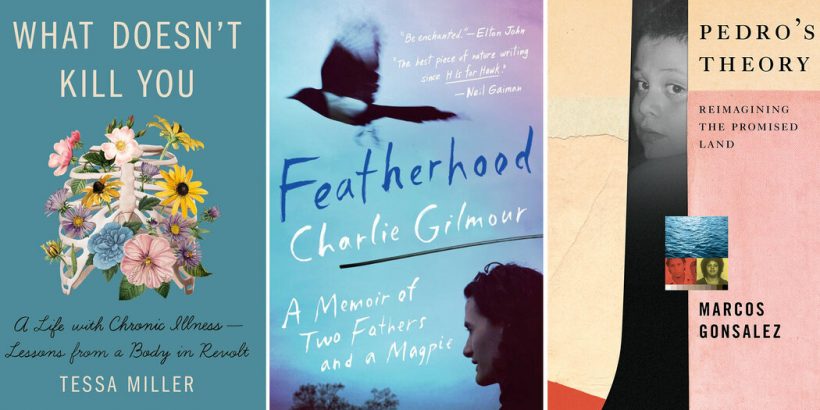 Miller’s memoir, about chronic illness and the intersection of mental and physical health, should be read by anyone with a body.

“What Doesn’t Kill You” is the story of Miller’s fight for competent and compassionate care after she was diagnosed with inflammatory bowel disease. Though this is Miller’s first book, she has already made a name for herself as a health and science journalist. Now, in her memoir, she writes explicitly for fellow chronically ill people, with chapters divided by topic, an index for practical use and instructions throughout to advise readers. If the book at times feels as if its primary function is dispensing information rather than storytelling, that’s because informed care for our bodies is the story Miller is telling.

Throughout “What Doesn’t Kill You,” Miller’s training as a journalist shines. She writes with precision, conviction, respect and thoughtfulness about pain as well as the disparate, and at times unjust, experiences that people face when navigating the American health care system. But her storytelling is also shaped by her personal experience — she writes with the frankness and intimate knowledge of someone living with chronic illness. (I, for one, am charmed by Miller’s fondness for the term “butthole,” which she uses often enough in her early pages to establish a winning authorial tone.)

Stylistically, the experience of reading “What Doesn’t Kill You” can feel a bit whiplashy. Lyrical lines like “I created my own little spinning planet to mourn in” sit alongside chapters with titles like “The Most Important Poop of Your Life,” which sit alongside cries for health care reform. And yet, Miller’s book insists on being all things at once because, Miller argues, to understand chronic illness one needs the scientific and the personal and the political.

“What Doesn’t Kill You” is relentlessly researched and undeniably smart, but more than that, it is humane and offers reliable information to chronically ill people and their allies.

With “Pedro’s Theory,” Gonsalez has created a memoir that is at once a collection of essays about his life and also a kaleidoscopic investigation of the things America has tried to promise him.

In his book, Gonsalez writes about the Americas, about race, about queerness, about passing, about colonialism, about bodies, about pride and about shame. Gonsalez is a well-published essayist and a scholar, and in “Pedro’s Theory,” he is writing against projections of Latino identity that exist elsewhere as much as he is writing toward himself. Of his childhood neighborhood, he writes: “I live for nearly twenty years in this place constructed by the white imagination. And through this white imagining is how I conceive an image of myself and my family for the decades to come. An image of myself I have had to fight against day in and day out.”

The memoir is thrilling because it engages the reader in the active process of exploring, seeking and discovering how we “compose a life” and live out “many selves and conversations in the hope to compose another Americas, another world that does not have to be this exact one.” Perhaps the best term for Gonsalez’s book is the one he borrows from Audre Lorde: “biomythography,” a combination of autobiography, history and myth.

These pages are full of pathos — the details of his life Gonsalez chooses to hold up always have ballast to them, because, as he makes us aware, everything he conjures comes at the expense of something else elided or forgotten.

To quibble, the memoir’s masterly structure speaks so clearly for itself that readers may grow impatient when Gonsalez spends time pointing out the form of the book, like someone trying to sell you a house you’re already quite happily inhabiting. But Gonsalez writes with an appealingly telescoping range. His attention lights upon granular topics — a childhood photo in one moment, “Napoleon Dynamite” in another — as well as larger ideas like the effects of colonization and, in some of the most high-wire excellent writing in the book, a history of burlap.

Because how else to tell the story of a life these days but to run the gamut from the individual to the communal to the systemic to the cosmic? Gonsalez’s storytelling feels honest for its expansiveness, and he manages this without ever sacrificing the intimacy of his strong, personal voice.

FEATHERHOOD
A Memoir of Two Fathers and a Magpie
By Charlie Gilmour
295 pp. Scribner. $27.

“Featherhood” is the story of a magpie named Benzene, whom Gilmour and his wife (the set designer Janina Pedan, whom he calls Yana) adopt and raise in their London flat, a tale that is woven together with the story of Gilmour’s biological father, the poet Heathcote Williams, and Gilmour’s own evolving thoughts on fatherhood as he and Pedan plan to have a child.

As animal stories go, “Featherhood” is mercifully free of schmaltz — Gilmour respects the wildness and absurdity of Benzene’s birdness and has a knack for elegant, visceral imagery. For instance, he details how, in an early moment of caretaking, Pedan crushes grub heads with pliers to feed the magpie.

He is similarly vivid when writing about emotional connections. His parentlike care of Benzene stirs up questions about why Williams abandoned him as a baby, as well as fears about his own potential fatherhood. Gilmour’s chronic sense of loss is palpable in the passages about Williams’s absence, but when the writing turns to his present, multigenerational, blended family, bird included, the scenes are lush with the warmth and comfort of everyday living.

In the book’s most striking anecdote about fatherhood, Gilmour dissects a tale Williams told him about a Turkish barber who Williams was convinced would slit his throat to steal his wallet midshave, and the sleight-of-hand trick Williams performed to delight and distract the barber from this (dubious) murderous intent. Of the story, Gilmour writes: “I’ve wondered if he was unconsciously confessing something about his approach toward me that day: that he dreaded being made to open up, to spill, and was using magic like a matador uses his cape, to distract and misdirect, to remain untouched.”

Gilmour, on the other hand, is fearless in sharing himself with readers. As he works through his relationships, the emotional freight is not always subtle, but this comes from a generosity and openness on his part, which, ultimately, is what makes “Featherhood” so lovely and inviting. Gilmour practices no magic here; he distracts the reader with no glitzy baubles. He gives us a man and a bird and tells us, best he can, what they’ve come to know about the world as it is. He is willing to spill a little blood.