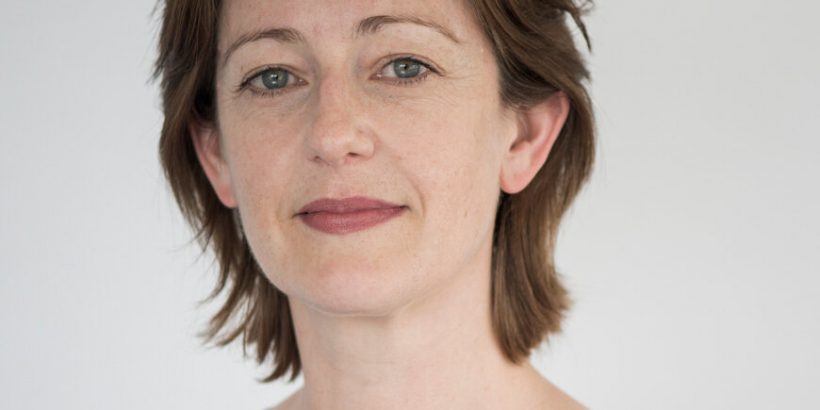 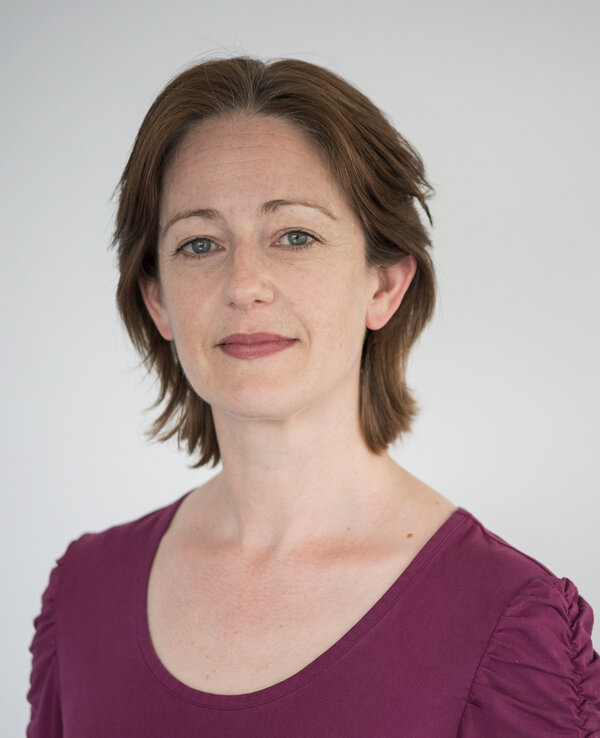 There is a difference between believing in “trans rights” and believing in “gender-identity ideology.” That’s the subtly important distinction that fuels Helen Joyce’s “Trans: When Ideology Meets Reality,” a book that offers an intelligent, thorough rejoinder to an idea that has swept across much of the liberal world seemingly overnight.

According to Joyce, a longtime staffer at The Economist, most people “understand the call for ‘trans rights’ to mean compassionate concessions that enable a suffering minority to live full lives, in safety and dignity.” Joyce endorses this idea. Her bête noire is what she calls gender-identity ideology, which holds that everyone has a “gender identity,” an internal sense of being male or female (or both or neither), that is, in most tellings, innate and immutable, “something like a sexed soul.” When someone’s gender identity conflicts with their body, and/or with how society views their body, that person is transgender. (Disclosure: Joyce and I have corresponded sporadically over the years, and we got dinner when she was in New York City in 2020.)

A primary goal of those who adhere to gender-identity ideology is to enact “gender self-identification,” or the idea “that people should count as men or women according to how they feel and what they declare, instead of their biology,” into norm and law. According to self-ID, as I’ll call it henceforth, once an individual reveals their gender identity, that trumps anyone else’s understanding of it. If you say you are a man or a woman, or both or neither, that is exactly what you are.

When followed faithfully, gender-identity ideology has important implications. Take the common trans-rights flash point of communal female locker rooms. According to this view, allowing everyone who identifies as a woman to use such facilities, regardless of their degree of physical transition or any other factors, does not entail any trade-offs worth discussing. The “core mantra” of the belief system, as Joyce puts it, is that “trans women are women.” And why would you not let a woman into a women’s locker room? That’s nonsensical.

For most of the modern history of what used to be called “transsexualism,” Joyce writes in some engaging early pages, transgender people weren’t, for the most part, understood to really be the sex they felt they were. Rare in numbers, they were given hormones or surgery by “maverick clinicians” (if they were lucky enough to find any), and treated “as exceptions, to be accommodated in society with varying degrees of competence and compassion” by the bureaucrats who would sometimes swap out an M for an F or vice versa on some government form.

Since the 1990s and especially in the last decade or so, though, there has been a genuine revolution in the liberal intelligentsia’s understanding of sex and gender, Joyce argues. This was the result of a complex and hard-to-summarize tangle of political and cultural forces, but the end result has been the entrenchment of gender-identity ideology and self-ID in many politically liberal institutions. These ideas are also being written into law in many places, including in the United States — following the lead of certain blue states, the Democrats’ Equality Act, which passed the House in February but which is unlikely to ever get through the filibuster-choked Senate, seeks to expand federal law’s definition of “sex” to also include gender identity. Other countries, like Portugal and Joyce’s native Ireland, have enacted self-ID by making it quite easy for citizens to change their legal sex without requiring signoff from medical or psychological authorities. (Elsewhere around the world, it should be noted, doing so remains highly onerous or outright impossible, so it isn’t as though campaigns to liberalize these laws popped out of thin air or are meritless.)

The zeal for self-ID extends to trusted medical and mental-health organizations, too: As I was working on this review, the American Medical Association called for sex to no longer be listed on publicly available birth certificates in the United States, since (the thinking goes) this unfairly impinges on people’s right to declare it for themselves.

“Trans” is unapologetically opposed to all of this. Now, despite her evident disdain for certain flavors of trans activism, Joyce is no conservative hard-liner, nor is she seeking some reactionary rollback of trans rights — she favorably cites the United Kingdom’s status quo on these issues, which balances legally enshrined protections for trans people with exceptions that allow for truly single-sex spaces in some settings, such as rape shelters. She also opposes legislation that strictly polices trans people’s access to bathrooms.

But she does believe that biological sex matters, that females have a right to truly sex-segregated spaces (with some compromise-oriented exceptions), and that gender-identity ideology threatens these ideals. Treating transgender people with dignity and respect and accommodation, Joyce says, does not require embracing a worldview she describes as fundamentally anti-scientific. Here she appeals directly to liberal ideals of religious tolerance: “I demand the same freedom to reject and oppose gender-identity ideology, and in return gladly accept that others have the right to preach it and live by it.”

Many of Joyce’s arguments boil down to the idea that trans people aren’t the only ones with skin in the game here. Where self-ID reigns, she writes, other vulnerable groups potentially suffer. Cisgender women, for instance, lose full access to truly sex-segregated realms that offer protection and other benefits, such as locker rooms, sports teams and prisons, because the primacy of gender identity within this ideology renders the concept of biological sex fundamentally irrelevant.

Gender-nonconforming children, meanwhile, are told from a young age that if their sex or its associated gender roles make them uncomfortable, that’s because, despite their body, they have a “boy brain” or a “girl brain” and that’s who they really are on the inside — and so their only real choice is to transition or to suffer forever. This despite evidence suggesting that gender dysphoria, especially in childhood, can have multiple causes, and often (though by no means always) dissipates over time without transition being necessary.

Joyce offers many troubling examples of what happens when a fundamentalist strain of gender-identity ideology takes hold. In Ireland, England and Canada, natal males convicted of violent sex crimes, but who identify as women, have been housed in women’s prisons. In England, a previously convicted pedophile, in jail on suspicion of having stabbed a neighbor, sexually assaulted multiple female inmates she was housed with. In British Columbia, more than a dozen female beauticians were forced to spend significant time and energy fending off a human rights complaint filed by a trans woman because they refused to wax her penis and testicles. In Spain and Australia, female politicians faced official investigations for expressing public opposition to self-ID.

Recently, England and Wales considered making it much easier for trans people to obtain a so-called gender-recognition certificate, bringing the process in line with the precepts of self-ID. The process included a period of “public consultation,” and during it, Joyce writes, feminist activists attempting to organize public events opposing self-ID were met with constant threats of venue cancellations, intimidation from protesters, at least one assault (of a 61-year-old woman) and other obstacles to simply expressing public opposition to a proposed policy change. (The Conservative government pulled the proposal last year, announcing, as a compromise, a reduction in the cost of obtaining a G.R.C.) In light of the evidence she marshals, it is difficult to disagree with Joyce’s assessment that “intimidation and harassment are carried out openly and proudly” against many of those who question the tenets of gender-identity ideology out loud.

So Joyce’s arguments are convincing. But here and there, I found myself wishing for a bit more nuance. For example, she leans heavily on the so-called desistance literature showing that childhood gender dysphoria often abates in time, but she doesn’t explain that some activists and academics have challenged its validity. These challenges happen to be overblown — my position is much closer to Joyce’s — but they warrant mention. It isn’t that some trans activists “forget that the majority of children will desist” if they don’t socially transition, as Joyce puts it — it’s that they deny that this is the case altogether. It’s important to render one’s opponents’ arguments as accurately as possible.

Similarly, in a section about the World Professional Association for Transgender Health’s guidelines for treating gender dysphoria, Joyce writes: “New standards of care are being drawn up as I write. But I see no reason to expect any turn back from ideology and towards evidence.” My own reporting suggests things are more complicated than that, at least when it comes to the child and adolescent guidelines: The subcommittees responsible for writing those sections include a number of clinicians who openly share some of Joyce’s concerns and who think the climate surrounding youth transition is trending toward recklessness. Joyce’s narrative of radical activists having nearly routed sober-minded scientists is a bit too tidy, in this case.

“Trans” is also very thin on citations — this might seem like nit-picking, but in a book so focused on in-the-weeds political and scientific controversies of a morally supercharged nature, it isn’t. And it’s a small point, but Joyce repeatedly calls Martine Rothblatt, a famous transgender woman and entrepreneur, a “billionaire,” even though she doesn’t appear to be quite so wealthy.

In context, though, these are fairly minor shortcomings. “Trans” is a compelling, overdue argument for viewing self-ID more critically. Even those outraged by Joyce’s positions would benefit from understanding them, given that, as she notes, self-ID polls quite poorly when its actual tenets are fully described to Americans and to the British. The present situation, in which liberal institutions not only embrace these ideas unquestioningly but also, increasingly, punish dissidents, is unsustainable. Open conversation about such fraught issues is the only realistic path forward, and Joyce’s book offers a good, impassioned start.