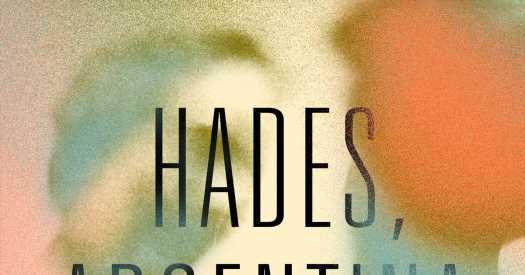 One of the signal achievements of contemporary Argentine fiction has been to take the country’s dark recent history — the state terrorism of the ’70s and ’80s, the subsequent economic crises that brutalized the poor — and channel it into ghost stories. In Mariana Enriquez’s short story “The Inn,” for instance, a tourist-town hotel that served as an army barracks during the dictatorship is haunted by spirits from the bad old days; in César Aira’s novel “Ghosts,” a gang of naked shades haunts a Buenos Aires construction site, visible to the workers and their families, invisible to the rich people set to move into the building once it’s finished. Those tales are part of a tradition critics have called “Argentine Gothic,” one founded by names like Silvina Ocampo, Julio Cortázar and Jorge Luis Borges.

“Hades, Argentina” is the first novel by Daniel Loedel, an American book editor. In a commendable display of chutzpah, he has written an Argentine Gothic: a romance of sorts between Tomás, the narrator, and Isabel, both of whom have been “disappeared” by the dictatorship in the 1970s. For Tomás, a spy for the resistance, “disappeared” means being slipped a fake passport by a friend in the military and sent into exile. For his beloved Isabel, a Montonera resistance fighter, it means being killed. When the two reunite in 1986, after the official restoration of democracy, Tomás is emotionally dead, a ghost of a man; and Isabel is physically dead, an actual ghost. Loedel has inherited a particular brand of mordant humor from his literary forebears in the Southern Cone: When Tomás references Ronald Reagan (“U.S. president? Actor from California?”), Isabel shows “no sign of recognition.” When they fall into bed, he says, “I imagine sex is … complicated for you now.”

The character of Isabel Aroztegui is very much based on a real woman. Loedel dedicates the book to his half sister, Isabel Maiztegui, a Montonera who was murdered by the dictatorship in 1978, at the age of 22. In the acknowledgments, the author writes that this novel “could not have been written without her sacrifice.”

Loedel’s sense of obligation to the real Isabel might explain why “Hades, Argentina” can feel dutiful, even workmanlike in places as it catalogs the depravities of the regime she fought. There are detailed descriptions of various torture methods, down to the number of volts used to deliver shocks — 14,000 in one instance — but scant insight into the mentality of the torturers. A set piece about the dictatorship’s practice of dropping its victims from planes “into the depths of the Río de la Plata” is wedged into the middle of the book, and written in stilted prose: “One at a time they fell.” Loedel’s exhaustive account of the junta’s crimes might be a homage to the long chronicle of violence against women in Roberto Bolaño’s novel “2666” — an oft-repeated street address in Loedel’s novel is “Río Negro 2166” — as well as to the memory of his half sister and her cause. Alas, it doesn’t always serve the story.

Still, it’s fun and sad to follow Tomás and Isabel past the forgotten equestrian statues and dingy cafes of Buenos Aires, beneath skies with “the slippery iridescence of fish scales,” both lovers stunted, one technically alive, the other joking about her otherworldly condition. When Tomás asks Isabel if she’s lonely, she says, “Like Dracula.” Any debut author who can come up with that exchange deserves some attention. Loedel will learn from this novel, and I suspect that he will approach his next book with a greater sense of freedom. Perhaps he will show us more of that bleak, serious comedy he writes so well.