THE ANCIENT HOURS
By Michael Bible

The danse macabre between religion and violence has long been a cultural fixture in the South, brilliantly evoked by Flannery O’Connor, a Catholic unmoored among evangelical Georgians, in stories like “Good Country People” and “The River.” It has been borne out in real-life events, too, from the murder of Alberta King, Martin Luther King Jr.’s mother, as she played the organ in Atlanta’s Ebenezer Baptist Church, to Dylann Roof’s slaughter of a prayer circle in Charleston, S.C.

Michael Bible’s crystalline new novel, “The Ancient Hours,” plays off these horrors, opening with a Greek chorus of middle-aged men as they recount a transformative tragedy in the postcard town of Harmony, N.C. One Sunday morning in 2000, Iggy, a disturbed teenager, strode into a service at First Baptist and doused himself with gasoline, inspired by the suicides of Buddhist monks. As he struck a match, his friend Johnny rushed him, sparking an inferno that engulfed the sanctuary and killed 25 congregants but somehow spared Iggy, Johnny’s sanctimonious mother and a 4-year-old boy.

From there, “The Ancient Hours” roams back and forth across time, plumbing crushed lives amid a backdrop of blossoming dogwoods and meteor showers. Bible knows his Bible Belt well, its family secrets and summer storms, the rigid social grids through which sex sluices like lake water. He’s drawn to the consequences of rebellion. 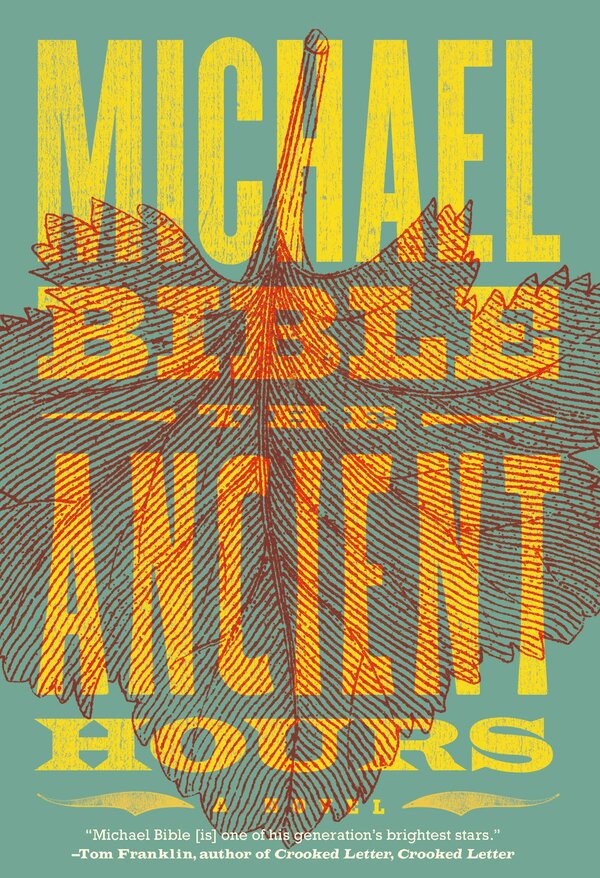 By far the most engrossing chapters are narrated by Iggy himself in 2006, as he awaits execution in a holding cell, scribbling down a memoir that serves as back story: “I did horrible things. I hit my mother once and I wrecked a stranger’s car and I stole three grand from my father to buy drugs.” He’d drifted toward booze and weed, forming a ménage à trois with his dyed-hair girlfriend, Cleo, and his aspiring dancer boyfriend, Paul. Bible beautifully captures the listless yaw of these outsiders as they search for meaning in a place where there’s little to do but drive 90 miles an hour along back roads, light joints and hook up.

But the Baptists will not be ignored. They pack Iggy off to rehab camp, where he’s forced to repent his vices and fund-raise for mission trips, interventions that only kindle his self-immolation scheme. “In six days, I’ll be weightless,” he writes from prison. “Like a dog chases rabbits in his sleep, I pine for Cleo and Paul. I dream of getting high and shooting roman candles with them from the top of a speeding freight train, racing through the night. … I dream of gladiolus tall as swords in shop windows.”

Bible treads a fine line between ripe prose and a staccato cadence as he moves into the stories of others scarred by Iggy’s crime. The novel shifts, polyphonic, between timelines, jig-sawing its narrative, revealing depths in the shallowest of characters. Harmony, unsurprisingly, is more nuanced than a Hardee’s menu. There’s the occasional misfire — a diaper-clad 5-year-old, a mystical mood Cleo calls the Constant — but Bible is spot on as he illuminates the patterns of calamity, how they radiate outward.

By necessity Southern writers are uneasy moralists: They go along to get along, plotting their transgressions on the page. It’s fitting, then, that here Bible draws up his own Holy Writ, both recoiling from religious fervor and bowing to its power. At just over 100 pages, “The Ancient Hours” may seem a slender meditation on a life that jumps the guardrails of right-and-wrong, but it packs a wallop: The actual culprits may be the folks in the pulpit and pews, fanning away the poor in spirit with their “thoughts and prayers and thoughts and prayers and thoughts and prayers.”