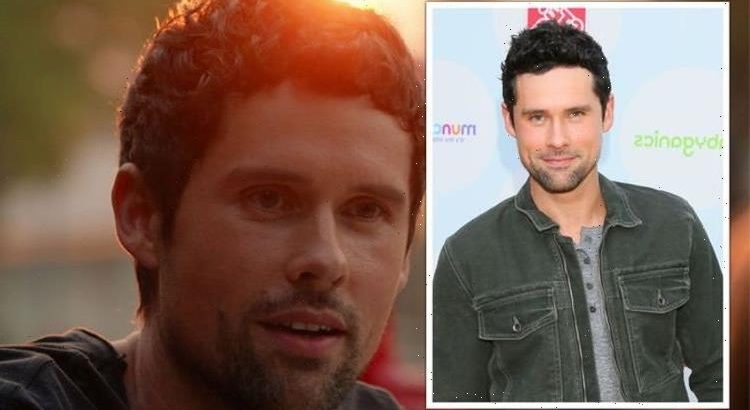 After an explosive season two finale, audiences are eager to find out who shot beloved bar owner Jack Sheridan (played by Martin Henderson) on Virgin River. In the meantime, with season three right around the corner, fans should be excited to hear that one of its stars will be appearing on another series very soon. Actor Benjamin Hollingsworth has shared his excitement about his new role in Joe Pickett.

After struggling to adjust to civilian life, his friendship with Jack begins to wane.

Brady tried his hand at working at Jack’s bar but kept butting heads with Jack and chef Preacher (Colin Lawrence) about how it should be run, leading Brady to quit his job after being refused as bar manager.

Hollingsworth had a recurring role in season one but was made a regular cast member for season two, which allowed the series to further explore his life after he begins working for the local mafia boss, Calvin (David Cubitt).

Fans of the Netflix series should be delighted to hear that Hollingsworth has now gained a role in new Spectrum Originals drama series titled Joe Pickett, and is based on the long-running CJ Box novels.

The show will be a 10-part series with Hollingsworth expected to have a major recurring role.

As described by Deadline, Joe Pickett follows a game warden and his family as they “navigate the changing political and socio-economic climate in a small rural town in Wyoming”.

Decades worth of secrets and schemes will be uncovered in the town, and will greatly affect the lives of the residents.

The Brady actor will portray Ote Keeley, an intimidating poacher whose behaviour and scary attitude makes him an adversary of the small town.

New Zealand actor Michael Dorman, known for his starring roles in Amazon Prime’s Patriot and Disney+’s For All Mankind, will lead the cast.

John Erick Dowdle and Drew Dowdle, who created the series Waco, will helm the production, along with Paramount Television Studios and Lucy Fisher and Doug Wick from Red Wagon Entertainment.

Author Box is greatly involved with the project and will serve as an executive producer as well.

Deadline reports that Hollingsworth is shooting the series while on hiatus from Virgin River, and filming for Joe Pickett is already underway in Alberta, Canada.

The Virgin River actor took to Instagram to share his excitement about the project, saying: “Totally thrilled I’m finally able to let this one out of the bag. I’ve been having a blast working with the #DowdleBrothers bringing the #cjbox book series #JoePickett to life.

“Ote Keeley might be the the most dynamic, challenging and fun character I’ve ever played.

“Nothing is more fulfilling for me as an actor to completely disappear into a role and Ote gives me that and more. I can’t wait for you to meet him,” he continued.

“@michaeldorman81 is insanely good as Joe; the entire cast and crew have been a delight to work with. Via @deadline #ParamountPlus #Deadline #spectrumoriginals #NewSeries.” (sic)

While fans of the Netflix hit have another season debuting right around the corner, many questions have been left unanswered about Hollingsworth’s character.

Brady is currently one of the suspects in Jack’s shooting so, naturally, fans are eager to discover the shooter’s real identity in season three, and whether or not Brady has betrayed his friend.

Towards the end of season two, Brady and Calvin’s right-hand man Jimmy (Ian Tracey) kidnapped Jack on Calvin’s orders but the pair lets him go.

However, this only led viewers to believe that he is a major suspect in the shooting.

Thankfully, audiences won’t have to wait too much longer to discover the truth.

Seasons one and two of Virgin River are available now on Netflix, and season three will be released on July 9.