Prominent Christian evangelicals prayed for her destruction, while others say Virginia Ramey Mollenkott saved their lives.

Raised in an evangelical household that disavowed her lesbianism, Dr. Mollenkott became a scholar of the Bible whose books on feminist and gay spirituality offered an expansive, inclusive theology that embraced not just women as equals to men but gay, bisexual and transgender people, too.

She pointed out that Adam, for instance, was male and female before he got lonely. She noted biblical passages that argued for the eradication of all sorts of categories like race, class and gender. And she wrote about how gay people could use the experience of oppression to find compassion and empathy for those who might be hostile toward them.

Dr. Mollenkott often said that she had been radicalized by the Bible. Yet she remained an evangelical.

“Although many right-wing Christians despise what I have done with the keys they put into my hand,” she wrote in an essay in 2004, “the fact is that the same Bible that deeply oppressed me has also been the most vital element in setting me free.”

Dr. Mollenkott died on Sept. 25 at her home in Pompton Plains, N.J. She was 88. Debra Morrison, a longtime friend and former partner, said the cause was respiratory failure and pneumonia.

Dr. Mollenkott had already made a name for herself in evangelical circles in the 1970s as the author of five books about feminist theology when her sixth, “Is the Homosexual My Neighbor? Another Christian View,” appeared in 1978. It quickly changed the conversation around gay people and evangelicals and helped usher in a new era of gay spirituality.

The book, which she wrote with Letha Dawson Scanzoni, a feminist author of religion and social issues, patiently works through the myriad ways that, the authors found, the Bible does not support the conservative Christian credo that homosexuality is a sin. It also examines the trauma that gay Christians and those who love them have endured because of those teachings.

The book’s arguments — theological, exegetical and ethical — were not original to the authors, but they were eloquently and compassionately articulated and “woven together into a uniquely compelling whole,” William M. Stell, an ordained minister and a Princeton doctoral student whose research focuses on evangelical gay activism in the 1970s and ’80s, said in an email.

The book’s publisher at HarperCollins, Clayton Carlson, declared the book “a counter-market publication” — publishing lingo for a book that won’t sell very well — but said he was proud to be publishing it anyway.

“If one Christian gay person, because of this book, experiences a new sense of self-respect and self-acceptance, a sense of his or her acceptability in the eyes of God, then the book will have been worth publishing,” he said in introducing the book at a symposium in San Francisco, just a few months after the city had passed an ordinance banning discrimination against gay people.

Over the years, Dr. Mollenkott and Ms. Scanzoni heard from many gay Christians who said “Is the Homosexual My Neighbor?” had saved them from suicide; they also heard from evangelicals who felt that the book was heretical and that the authors were not real Christians.

In a letter written in 1989, Bob Jones III, who was then president of Bob Jones University, Ms. Mollenkott’s alma mater, said he was ashamed that she had attended the school and taught there. He described her as a devil for “writing favorably about lesbianism” and said that he believed “it would not be unfit to pray for her destruction.”

The authors had set out to write a book on Christian ethics and social issues. But that changed when Dr. Mollenkott, who was not out publicly, told Ms. Scanzoni that she was a lesbian. As they described the moment in the introduction to the book’s reissue in 1994, Ms. Scanzoni was shocked. She had never met a gay person before, though she had written theoretically about homosexuality. In a painful exchange of letters, the women realized that they would have a very different book on their hands.

In one letter, Dr. Mollenkott wrote, “it was a terrible thing to be a person who has news to tell that can drain the blood out of a good friend’s face.” 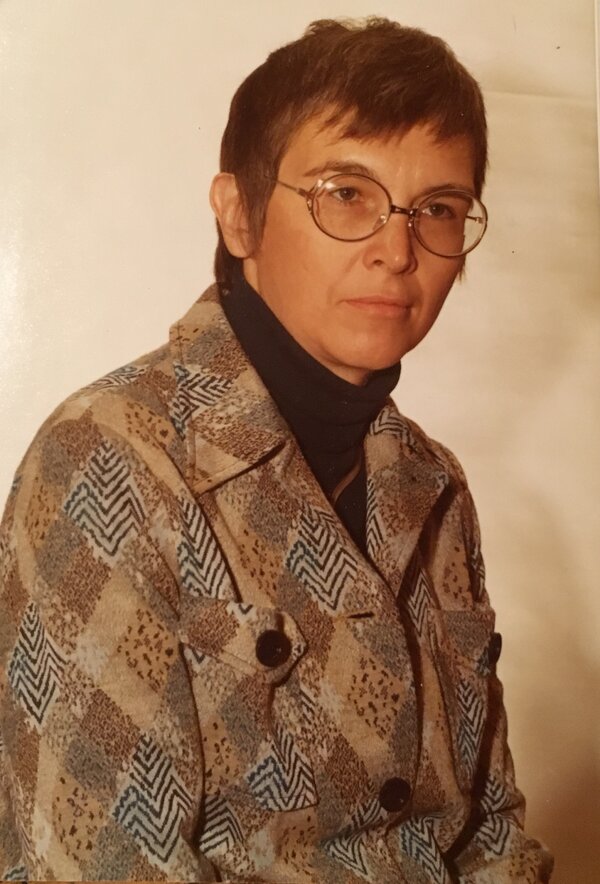 Virginia May Ramey was born on Jan. 28, 1932, in Philadelphia, to Frank and May (Lotz) Ramey. Her mother was a butcher and a grocery store owner.; her father was a chiropractor. The family belonged to the Plymouth Brethren, a fundamentalist ministry that met in a storefront. Her father left the family when Virginia was 9.

When she was 11, Virginia fell in love with a 21-year-old woman, and when her mother discovered the relationship, she sent her daughter to a Christian boarding school near Orlando, Fla. There the administrators chastised her for her lesbianism, using the Bible to “clobber her,” as Dr. Mollenkott often said. At 13 she tried to drown herself.

At Bob Jones University, a professor told her to “cure” herself of her homosexuality by marrying a man. Dutifully, she married a fellow student, Fred Mollenkott. After receiving a bachelor’s degree in English, she stayed on to teach English at Bob Jones while her husband completed his undergraduate studies.

Dr. Mollenkott earned a master’s degree in English at Temple University and her Ph.D. at New York University. Her dissertation was on John Milton, the 17th-century English poet who wrote “Paradise Lost,” and her deep dive into his work liberated her thinking about the Bible. She began to read it more critically, as a literary as well as sacred text. In studying Milton’s writings about love and marriage, and about divorce over incompatibility, she found the resolve to divorce Mr. Mollenkott in 1973.

She married her partner of 17 years, J. Suzannah Tilton, in 2013, after the United States Supreme Court legalized same-sex marriage. Ms. Tilton died in 2018.

Dr. Mollenkott is survived by her son, Paul, and three granddaughters.

She was the author of 13 books — all written in longhand on a yellow legal pad — on social justice and feminist theology as well as on gay, lesbian, bisexual and transgender issues. She also lectured and led retreats.

Dr. Mollenkott grew accustomed to hate mail and death threats, Ms. Morrison said, but would often say, “There are some things worth dying for.”

In 1999, Dr. Mollenkott received a lifetime achievement award from Sage, a nonprofit group that supports older L.G.B.T.Q. people, for “challenging homophobia in Christian institutions.” In 2001, she received a Lambda Literary Award for “best book in the transgender category,” for “Omnigender: A Trans-Religious Approach,” which explored nonbinary experiences in Christian and other religious traditions in early biblical texts.

She envisioned a society in which people could be free to define their own identities, saying in an interview published in 2018 that she considered herself “bi-gender, inwardly identifying myself with males as well as females.”

In the interview, with David Weekley, a transgender minister with the United Methodist Church, she discussed crimes against transgender people and how scholars might do their part by writing about intersectional oppression and its psychological underpinnings.

“Ultimately there is no solution except to learn healthy self-acceptance and mutual support with those who are unlike — or perhaps too similar — to ourselves,” Dr. Mollenkott said, adding, “John Keats said that ‘sympathetic imagination’ — the ability to imagine what someone else is feeling — is the basis for all morality, and I agree.”

Bradley Walsh net worth: How much is the host of The Chase worth? – The Sun