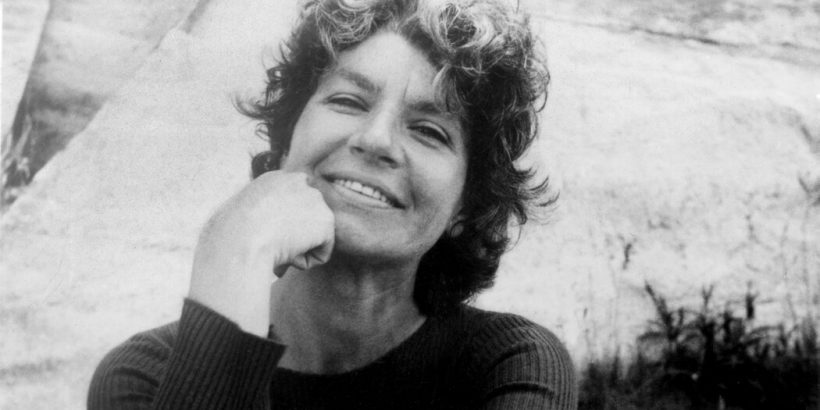 Quickly: What one trait defines the great heroines of American literature?

Bette Howland thought so. The classic American heroine, Howland once wrote, breaks the rules and infuriates society out of a mixture of innocence and defiance; she’s often only vaguely aware of the conventions she so scandalously flouts. Howland concerns herself with the characters above, but how neatly her theory applies to others as well, to Hester Prynne and Sula Peace. How neatly it applies to herself — as daring and thwarted an American heroine as any.

Howland’s career was short, spectacular, perplexing. She was a 37-year-old single mother of two when she published her first book, “W-3,” in 1974, a memoir of a suicide attempt and time spent in a psychiatric hospital. In the span of a decade, she wrote two celebrated books of short fiction and was awarded a MacArthur “genius” grant, which was followed by prolonged silence. She never published a book again. Long before her death in 2017, she’d slipped into obscurity.

She appears now to be part of a wave of rediscovered female writers enjoying posthumous revivals. But her case is more complicated than that and marked by mystery. This is not a story of mere neglect but of a writer’s collusion with invisibility, with a lifelong ambivalence toward selfhood and its burdens.

“What does it feel like to be Bette Howland?” an interviewer once asked her. “Bette Howland died a long time ago,” she replied.

It was “W-3,” recently reissued, that led to the rediscovery of Howland’s work. In 2015, Brigid Hughes, the editor of the literary magazine A Public Space, was browsing the $1 cart at a Manhattan bookstore when she came across a copy of “W-3” in its 1970s jacket and neon-green lettering, with a big blurb from Saul Bellow, Howland’s lover and mentor.

What was so arresting to Hughes in the book’s first few pages? (The magazine’s publishing imprint has been reissuing Howland’s books.) It begins with Howland regaining consciousness in a hospital after overdosing on pills, registering first the sound of a heartbeat. Not her own, but that of her neighbor in the room, echoing on a machine. Then, a breathy voice — real or imagined — proclaiming in her ear: You have been reborn.

She is not reborn. She is revived, acknowledges the fact of her body, only to let it vanish from the pages in pure relief. If there is no self to be defined, there is no self to be defended. “I wanted to abandon all this personal history,” she says. “Its darkness and secrecy, its private grievances, its well-licked sorrows and prides — to thrust it from me like a manhole cover.”

The onus of personality, the weight of the past, crop up often in Howland’s work. “Feeling alone (more so than usual) + in truth a little scared,” she once wrote to Bellow. “It takes a lot of courage to be anyone, anybody; it doesn’t matter who.” In “W-3,” we see only scraps of her life before the hospital — her small sons now being raised by grandparents — fleeting and gnomic references to what precipitated the suicide attempt: money, men. (“You are aware that something is lacking, something is needful; you have to seek some remedy for your life and you call this stupor ‘love.’”) As that first paragraph portended, this is a story about her neighbor’s heart, not her own — an anthology of the lives she encounters in the ward known as W-3.

Iris, stately in her silk trousers and Nehru jacket, introducing herself in the group meetings as “a manic-depressive of 27 years’ standing.” Childlike Trudy, with her shiny helmet of blond hair and terrible case of gonorrhea. Guz, who had slit his wrists and wanders the ward in his blood-spattered socks. I could go on — and I want to, for there is still slim, crowlike Simone to mention, and Gerda, who reminds me of Amy Winehouse: “Her tiny distorted feet in ballet slippers had great projecting arches — reefs of bone.”

“I took a deep breath and listened to the old brag of my heart,” Sylvia Plath wrote in “The Bell Jar,” her fictionalized account of her own breakdown and suicide attempt. That’s not the Howland way. “Everyone knows the sound of heels clicking in hospital corridors. Everyone knows the tread of the heart,” she wrote in the short story “The Life You Gave Me.” There’s a refusal to romanticize sickness or health. Her suffering doesn’t make her unique or interesting; instead it folds her into a common experience. Her insistence is on telling the story of a collective with blunt clarity, and sidestepping the genre’s potential for sentimentality or sensationalism. She brings the particularities of the world to life, how hair care was a miserable problem for the women of the ward; everyone just gave up and resorted to wearing towels like turbans.

I wonder if it’s that tone that transfixed Hughes as she thumbed through the discount rack. It’s what hooked me — the temperature of the prose, its cool watchfulness. The narration isn’t distant, but it isn’t intimate either. Howland isn’t interested in redemption or instruction — but something more elusive.

A clue turns up midway through the book, when one inmate — glamorous Zelma, who arrives for her regular stays with wigs and wig stand — asks for permission to go see a film, “Titicut Follies.” In Frederick Wiseman’s 1967 documentary about a Massachusetts state hospital for the criminally insane, the subjects do all the talking. There’s no guiding narrator, and it’s not always clear who are the wards, who the wardens. It’s that quality of depiction that Howland seems to pursue — the clarity that allows readers to feel as if we are encountering the ward itself, Zelma herself, and not the narrator’s projections, not her own need.

“You do things right, in the end, and are willing and able to pay the cost, which is not small,” Bellow once wrote to her. In the end, though, it was not the costs that would prove so grievous but the successes, the glare of the attention that followed the MacArthur proved paralyzing for a writer who derived such strength from shucking off her sense of the self.

“I had achieved my aim, got myself where I wanted to be. Not in a mental ward, that wasn’t the goal; but free — free of my own personality, my particular history,” she noted in her offhand way as she left the hospital in “W-3.” “I was ready to reclaim it — though it could never be of as much interest to me again.”