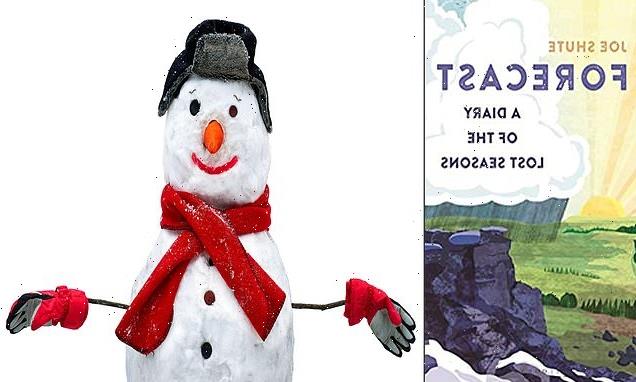 Is the snowman an endangered species? Weather watcher reveals how the blurring of seasons is affecting nature

What on earth would we British find to talk about if it weren’t for the weather? Oscar Wilde may have declared that discussing the weather is ‘the last refuge of the unimaginative’, but you can’t blame us for being obsessed by it when it’s so endlessly changeable.

This summer is already shaping up to be one of extremes. In the last two weeks alone, some areas of Britain have had monsoon-like rain, swiftly followed by a blast of heat so strong that it ‘melted roads like chocolate’ in Somerset — although compared to Germany and Belgium, where flooding has led to hundreds of deaths, you could say we’ve got off fairly lightly so far. 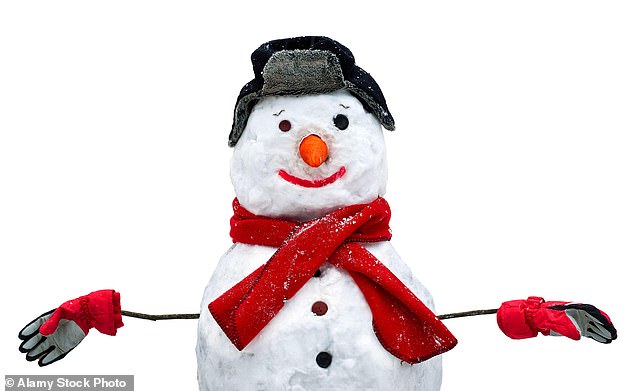 According to journalist and weather-watcher Joe Shute, the particular unpredictability of Britain’s weather is all down to our living on an archipelago surrounded by four seas, where we are ‘battered to the west by Atlantic gales, to the north by the Arctic wind and to the east and south by whatever mainland Europe chooses to throw our way’.

What’s more, our weather is becoming ever more erratic: heatwaves are lasting longer, floods are more frequent and winter frosts are weakening.

We still like to imagine the seasons in vivid primary colours — daffodils and apple blossom in spring, blue sky and swallows in summer, carpets of golden leaves in autumn and crisp, frosty days in winter — but the reality is that well-defined seasons are becoming increasingly rare. Spring is now starting a full 11 days earlier than it did in the 19th century, while autumn arrives later and lingers longer.

Cold winters are becoming a rarity, and some scientists believe snow could soon be a thing of the past. By 2040, mowing the lawn in winter could become the norm.

Ancient dialect words such as ‘roke’ (an East Anglian expression for the evening mist rising off the marshes) or ‘clinkerbells’ (a Dorset term for icicles) are being forgotten. ‘We are losing our weather words because simply, sadly, we no longer have need for them,’ Shute writes.

The culprit, of course, is climate change. The past decade has been the warmest on record; fossil fuels and carbon dioxide are accelerating the rising temperature of our planet. As a result, freak weather events are more common.

In Forecast, Shute sets out to document how this blurring of the seasons is affecting our countryside and the way we feel about our landscape. There is something deeply unsettling when the rhythms of the year are thrown into chaos: there are regular reports of swallows staying in Britain instead of migrating at the end of summer; while birds such as goldfinches and goldcrests, susceptible to winter frosts, are thriving in our gardens. 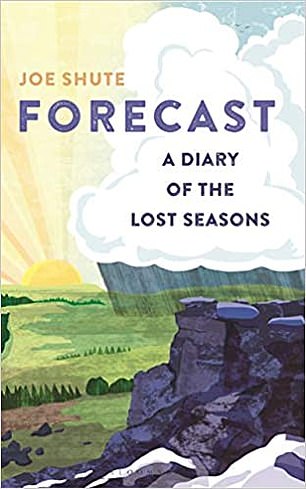 While the idea of more birds spending the winter here sounds appealing, other animals are not faring so well. Britain’s adders are on the brink of extinction: when hibernating, they wake up far too early and are killed off by sudden cold snaps in late spring. Warmer weather means the tiny dormouse, which spends two-thirds of its life asleep, is waking up in winter and, with no food, starving to death.

Renishaw Hall in Derbyshire used to produce an almost undrinkable vinegary wine. Today, conditions there are similar to those of the Champagne region of France two decades ago, and Renishaw is producing award-winning wines. ‘All sorts of stuff which is good for grape-growing is bad for everyone else,’ Shute is told.

Shute acknowledges that extreme weather is far from being an exclusively modern phenomenon. In 1703, a ferocious storm hit the west coast of the British Isles and cut a swathe through England and Wales, killing 8,000 people. Around 2,000 chimney stacks collapsed in London and Queen Anne was forced to take shelter in the basement of St James’s Palace.

It’s hardly surprising, then, that fretting about the weather has always been a central part of the British psyche. But Shute fears our increasingly muddled climate is making us especially stressed.

‘Our cherished four seasons are eventually reducing to two: a growing season and a dying season. Time can no longer be relied upon.’

He writes lyrically about the British countryside but his book is at heart a barely concealed howl of anguish at what is happening to it.

‘As long as humans have existed on this Earth we have sought to explain our lives by the passing of the seasons,’ Shute says. Now he wonders whether those seasons have become a crime scene, ‘unfolding evidence of our own wrongdoing’.