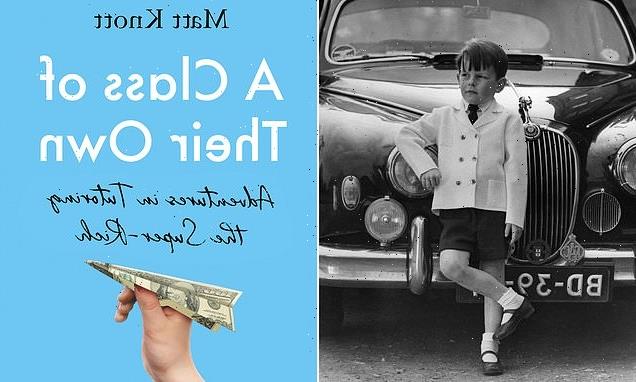 What a rich kid means when he asks for his PJs… that’s the private jets his family use to fly around the world, as revealed by an ex-tutor to children of the wealthy in a teeth-grating portrait of limitless indulgence

A CLASS OF THEIR OWN

You know you’re in for a lively read when a book begins with the author being spanked with birch twigs by a naked Russian oligarch in a basement sauna in Moscow.

Especially when the book in question is supposed to be about education.

Author Matt Knott is descended from 11 generations of teachers, stretching back to a schoolmaster in Woking, Surrey, in 1672.

He was educated at the school where his father had been a housemaster, and later studied Spanish at Cambridge.

But Matt never wanted to be a teacher: his ambition was to make films. It was only when the film world proved stubbornly resistant to his talent that a friend suggested he become a private tutor. 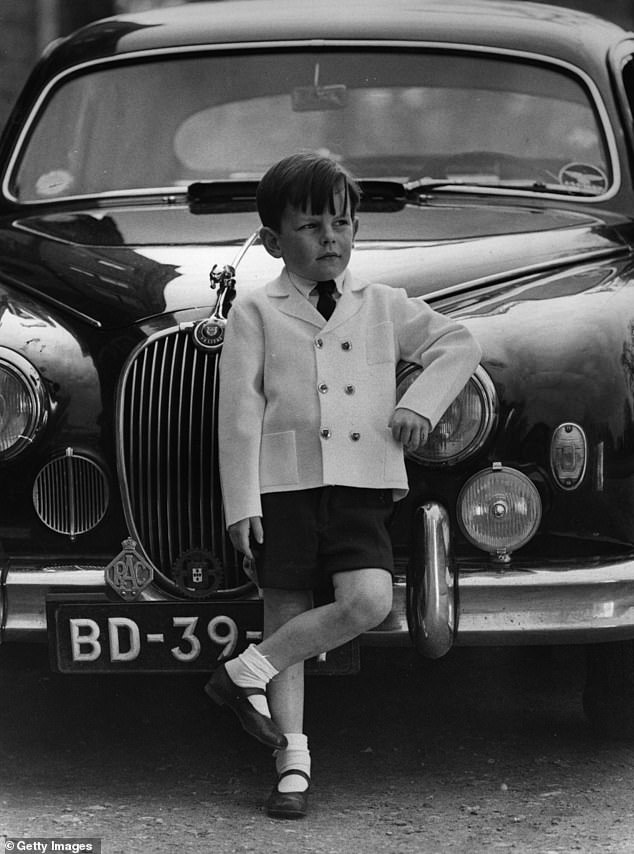 This book by Matt Knott, A Class of Their Own, is a hilarious account of life with the children of the super rich (file photo)

This book is a hilarious account of life with the children of the super rich. It is a world where supper for a five-year-old boy is miso black cod and lobster tempura. It is a world where a teenager, asked to get himself something from the kitchen, snaps: ‘Fine, but we’d better not be out of focaccia.’

It is a world of private chefs, butlers in very tight trousers, housekeepers who used to have better jobs back home in South America and helicopter trips from Tuscan villas to smart restaurants in Rome.

In the world of the super rich, ‘PJs’ doesn’t mean pyjamas, as Matt discovers during an Easter ski trip with one of his families — it means private jets.

Asked once to describe his work, he modestly replied: ‘I do rich kids’ homework.’ But his real job is to get the children into the best private schools, no matter how unsuitable they might be.

Question to Mr and Mrs Hedge Fund’s son Felix: ‘Who is your favourite explorer.’ Answer: ‘Dora the explorer.’ You won’t perhaps be surprised to learn that Felix didn’t make it to St Paul’s School, London.

The author had more success with Nikita, son of the naked oligarch, who won a place at Eton. Matt flew to Moscow to replace a previous tutor, who’d been offered a job at Goldman Sachs.

He soon discovered that Nikita was very clever, although his English idiom was a little eccentric. Dropping a pen one day, Nikita smiled and said: ‘Oopsy daisy, lemon squeaky.’

Sergei is Russia’s biggest milk supplier and he’s very rich indeed. Matt is taken to a smart Moscow restaurant and told he can eat there any time. ‘We own it,’ Sergei’s wife, Maria, tells him.

The Russians are delighted to have the services of a Cambridge graduate, and go out of their way to welcome their new tutor.

Nothing, of course, says welcome more than a good thrashing in the sauna, where Matt decides it’s probably more seemly to defy local tradition and keep his shorts on.

Sergei certainly doesn’t sound like a typical cut-throat oligarch. ‘I was disappointed,’ says Matt, ‘to find that he more closely resembled the publicity-shy husband of the first female prime minister of a minor Baltic nation.’

Yet Matt fears for poor Britain if clever Nikita is ever pitted against some of his English pupils in the corridors of power.

If the English super-rich can’t match the Russians for academic achievement, it’s not for want of trying. 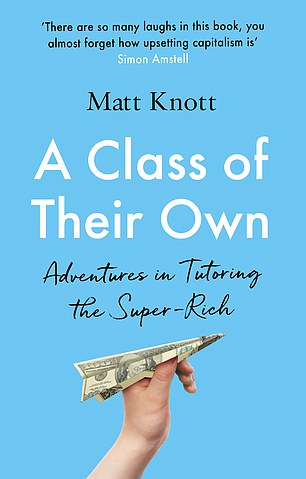 One Easter, Mr and Mrs Hedge Fund invite Matt to join them in the ski resort of St Moritz to help Felix revise for exams. He drives from the airport to the family’s luxury chalet in a white Mercedes convertible hire car, and is ridiculously excited when they all fly home in a PJ (private jet, remember).

It is while strolling around St Moritz that he is tempted for the first time to embrace the super-rich lifestyle. He notices that his clothes — chinos and a checked shirt — aren’t quite St M style.

Rich people had a way of dressing casually which only served to highlight their wealth,’ he says. ‘One of the richest men I’d ever met wore exclusively shorts and carried his own bottle of ketchup around with him.’

After a passing woman stares in disdain at his trainers in the street, Matt decides to replace them with a pair from the Dior shop. Oh dear, basic error. In fact, the British super-rich are very sensitive to displays of wealth — especially in other people. Dining in an expensive restaurant, Mr and Mrs Hedge Fund have salad and an omelette, and think Matt’s frogs legs are most eccentric. At a nearby table, somebody orders a £5,000 bottle of Dom Perignon. ‘Tacky,’ sniffs Mr Hedge Fund.

As Matt observes of the family: ‘They lived a life of unimaginable luxury, in constant fear of looking like they enjoyed it.’

You’ll no doubt be delighted to learn that money really doesn’t make you happy. It just means you can afford to buy more stuff in the hope that it might.

There are clear tensions between Mr and Mrs Hedge Fund. She is eager to please and anxious to do the right thing, while Mr H-F is the sort of man who manages to ‘find a five-minute window’ to meet his son’s new tutor.

Parents of another pupil don’t appear at all. In fact, they are so absent that the five-year-old boy calls Matt ‘Daddy’ during a trip to the Natural History Museum.

It turns out that the boy’s real father is one of the super super rich, but he is in trouble with the law in his country. The children are in London to keep them out of the way.

Sometimes, tutors aren’t employed for their educational value. Asked to look after twins Harry and Hayden in Kensington, Matt discovers they are clever enough to manage without him. Their mother, Belinda, agrees, but explains: ‘Everyone else in their class has a tutor.’

Such is the rich mum’s burden.

The book is well written, an easy read and very funny indeed. Mind you, I might not be quite so amused if I were one of the wealthy parents who employed and indeed befriended the author (now billed on the cover as ‘an award-winning filmmaker’).