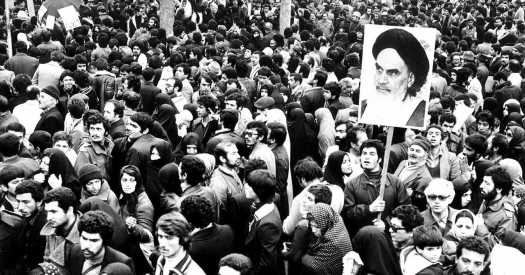 AMERICA AND IRAN
A History, 1720 to the Present
By John Ghazvinian

Facts of history are stubborn. Shibboleths of ideology are almost as stubborn. Untangling facts from fictions, platitudes of ideology from the realities of politics (or policies), in the 300-year history of United States-Iran relations is an enormous task. For parts of this history Iran was a coveted prize in the 19th-century Big Game between Russia and England, a pivotal point in the 20th-century Cold War between the United States and the Soviet Union, and for the last 40 years, a stalwart bastion of Shia anti-Americanism and its particular brand of anti-Israeli rhetoric and policy. “America and Iran: A History, 1720 to the Present” attempts to untangle it all — in less than 600 pages of text.

The book is divided in four sections, or seasons — beginning with spring and a chapter called “East of Eden,” about the first 150 years of American-Iranian relations. The summer section covers relations from the end of World War I to the fall of Mohammad Mossadeqh, Iran’s popular prime minister, in 1953. The third section, autumn, takes the story to the shah and the end of the Pahlavi dynasty in 1979. Winter covers the last 40 years, and includes a chapter on Iran’s long war with Iraq (1980-88).

John Ghazvinian, a historian and former journalist, claims, loftily but not altogether without merit, that his book is the “most extensive and wide-ranging study ever undertaken on the history of U.S.-Iranian relations.” Ghazvinian has at times taught creative writing, which is evident in the richness and supple prose of the book’s narrative.

In a breezy history, brimming with new details, Ghazvinian combines pithy descriptions and poignant anecdotes. He writes of how in the early days of the American colonies there was a “budding ‘Persophilia’ — a romantic idealization of Persian culture and Persian themes.” In fact, the first newspapers of North America were absolutely enchanted by Iran, writing with a “breathless” energy about Iran and its battle with the Ottoman Turks, deemed to be “a danger to Christendom.”

The same concern for Christianity led to the arrival of American Presbyterian missionaries in Iran at the end of the 19th century. They went there not to convert Muslims, but to provide “spiritual enlightenment” to the Armenian, Assyrian and Chaldean Christians who lived in Iran but whose Christianity was deemed to be “twisted and degenerate.” Zealous Christians, however, were not the only Americans on the scene. It is almost certain that “the first Americans and Persians to interact in person” were not missionaries but “rum traders.” Even then, in spite of public pretenses of piety, Iranians were and still are great consumers of what was called “Boston Particular (rum laced with whiskey).”

It was not all Bible and booze. From the mid-19th century, Persian reformists and potentates were keen on establishing diplomatic ties with the United States as a countervailing force against Britain and Russia. But none of these efforts and inducements, including invitations for America to invest in Iranian oil, were enough to entice a United States preoccupied with domestic challenges. No less serious an obstacle was Britain, which, after the discovery of oil in 1908, did all it could to prevent American involvement in a country the United Kingdom saw as the empire’s cash cow. Ghazvinian offers a fascinating look into what he calls “one of the great unspoken rivalries of the 20th century: the competition between the United States and Great Britain for Iran’s vast petroleum bounty.” Oil is a subject the author knows much about. A previous book was “Untapped: The Scramble for African Oil” (2007).

But if the first section of the book, spring, has fascinating nuggets of insights and facts, the narrative of the last three seasons becomes choppy, falling prey to what Ghazvinian rightly describes as the problem with so many recent studies of United States-Iran relations — the tendency to look for “someone to blame, or something to defend.” The root of the problem might well be the noble instincts of what can be called “progressive” historiography. These well-intentioned accounts — attempting to correct what they often rightly dismiss as one-sided narratives by offering the perspectives of the historically oppressed — sometimes teeter dangerously close to legitimizing the Islamic Republic of Iran with its claims to represent the marginalized, anticolonial forces, although it is itself the embodiment of harsh forms of authoritarianism.

“America and Iran” rightly posits that “antagonism between Iran and America is wholly unnecessary,” and, as Ghazvinian affirms, there is in the United States a powerful chorus that wants nothing to do with Iran. There are also elements in Israel and Saudi Arabia working against normalized relations between the two countries. The book is commendably exhaustive in its effort to expose the machinations of these forces.

No less powerful, however, are the leaders of the current regime in Iran, particularly Ali Khamenei, who thrive on United States-Iran antagonism. A historian’s commitment must be to all the facts, but Ghazvinian makes only passing reference to the government’s rash radicalism. Perhaps because of his instincts as a progressive historian, he is more dogged in the pursuit of exculpatory arguments or suppositions that could place less blame on Iran’s leaders. In the last few years thousands of critical new documents have been declassified — in both the United States and Iran — that shed new light on the relationship between Washington and Tehran. But there is little trace of them in “America and Iran.”

If, as Ghazvinian writes, his archival search lasted from 2007 to 2017, the history in the second half of his book is already dated. Evidence declassified in the last few years has shown that in 1979 the United States played a crucial role in facilitating the clergy’s rise to power and, before the hostage crisis of that year, went out of its way to befriend the new regime. It is surely important to expose the errors of American policy and of self-serving American narratives, as well as Benjamin Netanyahu’s crying wolf about Iran’s imminent ability to make a nuclear bomb — as the book does in granular detail. But it is no less important to expose the bombast of the Iranian regime, its evasions on the nuclear issue and Khamenei’s unwillingness to reach any kind of rapprochement with what he has called “the greatest Satan.” Khamenei has a long history of anti-American sentiment, dating back to his days as an unknown seminarian translating the works of the obsessively anti-American Sayyid Qutb, and clerics close to Khamenei have even created a theological basis for this antagonism.

Ghazvinian’s bias is evident even in his use of language. The most egregious example is his objection to the English translation of the concept “the guardianship of the jurist” — the defining idea at the heart of clerical rule in Iran for the past four decades. He finds the translation “awkward,” suggesting instead a “more appropriate” translation might be “oversight by the most learned religious scholars.” But guardianship of the jurist is not merely a matter of “oversight.” The published text of the Ayatollah Khomeini’s lectures elucidating this concept makes it clear that he was committed to the absolute rule of a “learned jurist” over the people, who are seen as incapable of managing their own affairs. The text of the Islamic Republic’s constitution, particularly the one revised in 1988, also makes clear how incorrect the author’s proposed new translation is. This constitution was tailor-made to allow a junior cleric like Khamenei to ascend to the role of the Supreme Leader in what was now literally called the absolute guardianship of the jurist. And Khamenei, with the power granted him by virtue of his absolute guardianship, has by fiat declared a ban on normalized relations with the United States.

To be sure, even when we disagree with Ghazvinian, the story he offers is delightfully readable, genuinely informative and impressively literate. He begins “America and Iran” by asking whether Shakespeare’s “star-crossed lovers” or Omar Khayyam’s “loaf of bread and jug of wine” will capture the spirit of American-Iranian history. Maybe a more apt quotation for this troubled history would be Horatio’s words at the end of “Hamlet,” where he talks of “carnal, bloody and unnatural acts / of accidental judgments, casual slaughters” and in the upshot “purposes mistook / Fallen on th’inventors’ heads.”