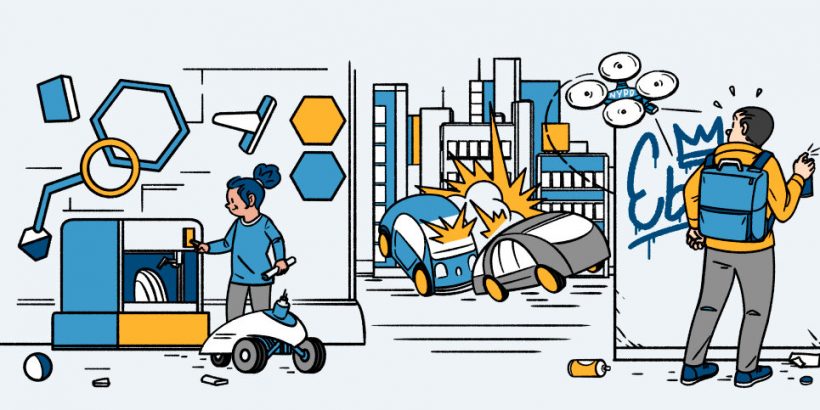 SYSTEM ERROR
Where Big Tech Went Wrong and How We Can Reboot
By Rob Reich, Mehran Sahami and Jeremy M. Weinstein

Stop me if you’ve heard this one: A philosopher, a computer engineer and a government guy walk into a bar — and give us a very detailed and overwhelming college lecture about what we need to do about tech, its power and the damaging unintended (and, often, quite intended) consequences of its inventions.

It’s a noble effort, but about halfway through this book by three Stanford professors, I felt as if maybe I were the one who needed a stiff drink, given the ceaseless onslaught of studies, factoids and examples of a far too broad swath of the problems that face our country and the world because of the growing hegemony of tech companies and their products.

Don’t get me wrong, it’s critical that we make more connections between tech and the rest of our world, especially as it invades everything from politics to entertainment to communications to travel to, yes, how we fall in love. And it’s important to recognize how we’ve become twisted and angry and hopelessly addicted, due in part to the flood of malevolent information that flows over devices and gadgets that we cannot now live without.

That was the impetus of the authors — Rob Reich, Mehran Sahami and Jeremy M. Weinstein — when they joined together at Stanford to create a multidisciplinary undergraduate course called “Ethics, Public Policy and Technological Change.” Its aim, as described by the school, is to “explore the ethical and social impact of technological innovation, marrying the humanities, social science and computer science” and from there “to bring about a fundamental shift in how students, whatever their choice of major and whatever their professional career pathway, think about their role as enablers and shapers of technological change in society.”

Well, sign me up — except that in book form and not over a full semester, it becomes a laundry list of very weighty issues, each of which should be (and has been) the subject of its own book. These include, among other things: artificial intelligence, algorithms, facial recognition, self-driving cars, privacy, hate speech and the obvious corruption built into the venture system of capitalization. Even Soylent, the drink invented to minimize the need to prepare food, makes an appearance.

If that sounds like reading an action-packed syllabus, it is exactly like that, minus getting to hang on the lovely Palo Alto campus. Jamming all these topics into one book gives it a blink-and-you’ll-miss-it quality about the material, although for those not familiar, “System Error” certainly serves as a very well-written, if superficial, primer for all we need to know about the impact of the tech industry.

Then again, maybe the authors should be applauded for their impulse to write the book at all, to the extent that it challenges readers to think beyond a one-note computer education that’s driven by efficiency and optimization, without ethical rigor. Big Tech celebrates ad nauseam the ability to grow fast and scale endlessly rather than asking whether and how we should make some product in the first place. Understanding consequences and taking responsibility for their innovation is scarce in the industry, and that is exactly how the problem mutates to where we are.

The authors — who are the ones teaching these wunderkinds — do understand that there needs to be some self-reflection, finding a medium somewhere between tech boosterism and the techlash. But in playing out the challenges, they provide only one short chapter about solutions, again like a checklist and far too light to let readers feel as if they can do much about the Silicon Valley freight train headed their way. When complex tech phrases like “blitzscaling,” “privacy paradox,” “OKRs” and “success disaster” whiz by, it’s hard to imagine doing anything about it but firing up the iPhone and doomscrolling Twitter.

In other words, I’ll take that Soylentini now.