In Julie Doucet’s comics, body parts are often changing: growing, detaching, breaking, leaking, morphing. On the letters page of an issue of her comic book “Dirty Plotte,” which ran from 1987 to 1998, one reader wrote in, “Stay cool and don’t be sad if you run out of bodily functions.” He need hardly have worried. Doucet, a Montreal-based French Canadian artist, is known for her influential 1999 graphic autobiography, “My New York Diary,” the chronicle of a very bad relationship, but the seething, exuberant comics world she creates is not only tethered to reality. It includes all sorts of fanciful, surrealistic stories with invented or hoped-for bodily functions, like one in which men insert tampons into their urethras, or “The Double,” in which the Julie protagonist happily turns into a man, only to later encounter the prior female self as a separate body. The two Julies then pleasurably have intercourse. Doucet brilliantly toggles between charting dailiness and fantasy.

DIRTY PLOTTE (Drawn & Quarterly, $119.95), a gorgeously designed box set offering two hardcover volumes collecting Doucet’s entire comics oeuvre, arrives at an opportune moment. It’s a lavish history lesson for those who might take today’s outpouring of feminist comics for granted, returning readers to the skimpier landscape of the 1990s, when Doucet’s work, in both concept and style, broke new ground. Its aesthetic echoes forebears like Lynda Barry and Aline Kominsky-Crumb, yet its execution and vision are different. (Doucet’s dense panels, full of precise, stylized shading and characterized by heavy black-and-white contrast, swarm with details; they appear as the comics equivalent of a deep focus shot, the film technique used by Orson Welles and others in which the foreground, middle-ground and background are all in focus. In Doucet’s comics, a coffee cup has personality; the objects in a room seem to dance.)

And while most of the material dates from 20 to 30 years ago — Doucet abandoned comics in 2000 — the wonderment and rage at virulently gendered behavior feels fresh, and relevant for this moment. The physicality of Doucet’s work is still shocking. The box set includes a stand-alone, stapled, digest-size pamphlet — a reproduction of the very first iteration of “Dirty Plotte,” which was a self-published fanzine before Doucet turned it into a proper comic book. (Doucet’s success in shaping alternative culture is testament to the power of self-publishing; the collection is dedicated to “all the zine makers in the world,” followed by the injunction “Don’t do nothing.”) On its third page a woman, as if performing a striptease for readers, sheds her clothes, then rips her breasts off, leaving bloody patches on her chest. She then proceeds to gut herself with a knife; finally animals pounce into the frame to eat her entrails. It’s a darkly funny, jolting vaudeville. But if Doucet’s work leans heavily on violence to both women and men’s bodies (there are many cut-off penises), it is also unapologetically about female desire; the last issue of “Dirty Plotte” concludes with a story about jubilant masturbation with an elephant’s trunk. 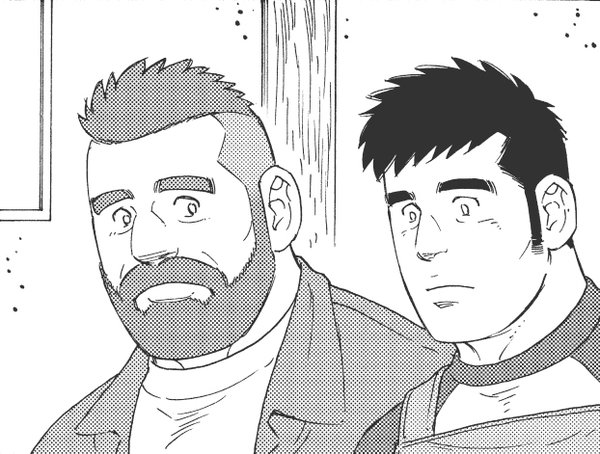 The Swedish activist Liv Stromquist is a less skilled cartoonist than Doucet, and yet her FRUIT OF KNOWLEDGE: The Vulva vs. the Patriarchy (Fantagraphics, $22.99), translated by Melissa Bowers, has a wonky charm. It’s a deep dive into the workings of female genitalia, and global and historical practices around the same. (Prepare to be alarmed by what Stromquist has unearthed, including the 1948 clitoridectomy in the United States of a 5-year-old girl to prevent masturbation.) “Fruit of Knowledge” grew on me because of its weird, hybrid, this-only-really-happens-in-comics tone: It’s didactic, goofy, academic — she cites historians like Thomas Laqueur and Nancy Cott — and veers from the educational into the whimsical, concluding with fablelike narratives, including an ingenious one in which the character Eve (yes, that Eve) stands in for a multitude of women, addressing readers directly and offering snippets of stories sourced from the Bible, Stromquist’s private conversations and elsewhere. 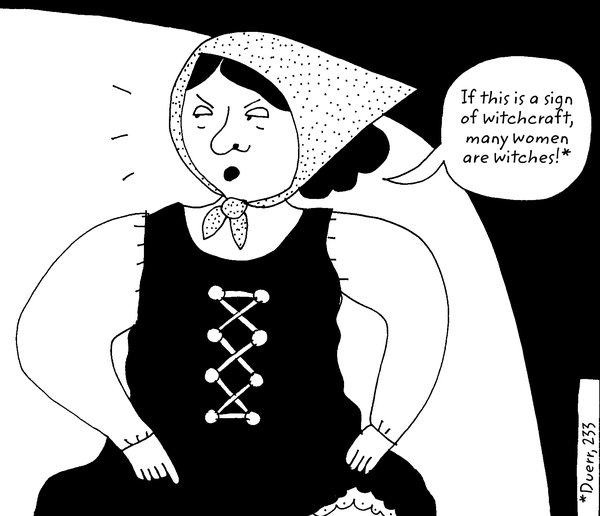 Another key international perspective appears with Gengoroh Tagame’s MY BROTHER’S HUSBAND: Volume 2 (Pantheon, $25.95), translated by Anne Ishii, the conclusion of the first manga series in Pantheon’s Graphic Library, which publishes many of the field’s most celebrated cartoonists, including Art Spiegelman and Marjane Satrapi. If Stromquist explicitly attacks what she identifies as “the binary two gender system,” Tagame plays this out in a sweet fictional tale that scrutinizes Japan’s widespread cultural taboo against gay marriage. The winner of multiple mainstream awards in Japan (where same-sex unions are not legal), “My Brother’s Husband” is Tagame’s first “all-ages” title. He is famous for his sexually explicit, even extreme work in the bara genre — gay manga for gay men.

In “My Brother’s Husband,” small hints of the erotic edge onto the pages, particularly in Tagame’s detailed drawings of men’s (mostly clothed) bodies, but this careful, good-natured, family-friendly story offers something for everybody — kids and adults alike — even as it introduces real complexity around sex and gender expectations. Yaichi is an amicably divorced, single, work-at-home father to a lively, open-minded young daughter, Kana. After his estranged twin brother, Ryoji, dies, Ryoji’s big, bearded, bear of an adorable Canadian husband — Mike Flanagan — arrives in Tokyo to meet his relatives for the first time. In Volume 1, Kana is shocked not only to learn that in some countries men can marry men, but that her father had a brother at all. The second volume, which unfolds in Tagame’s forthright, approachable black and white, has a pedagogical tone (cue high jinks and life lessons), but this is offset by its genuine humor, and its deceptively sophisticated investigation into the nature of love, marriage, divorce, bereavement and nontraditional child-rearing across multiple contexts.

Part of a growing body of trans comics, L. Nichols’s autobiographical FLOCKS (Secret Acres, $21.95) also focuses on changes and acceptance within the family unit. His colorful frames track a deeply religious upbringing in southwest Louisiana — where he was raised as a girl — and present his improbable, fraught journey to M.I.T. and later into his transition and marriage. While Doucet’s fluid line seamlessly lends itself to picturing gender fluidity, Nichols’s narrative uses cartoon figuration — in this case, a shifting, button-eyed rag doll — to represent nonbinary gender identity, revealing how comics can help offer a language of expression outside of societal norms.

Hillary Chute, a graphic novel columnist, is the author of “Why Comics? From Underground to Everywhere.”