When Kent was the Klondike of coal: This intriguing slice of social history, filled with personal testimony from ex-miners and their families, is a well-written reminder

IN BLACK AND WHITE

Even those who live there don’t always recall that the county once had an industrial heartland — the Kent Coalfield.

This intriguing slice of social history by Peter Williams, filled with personal testimony from ex-miners and their families, is a well-written reminder. 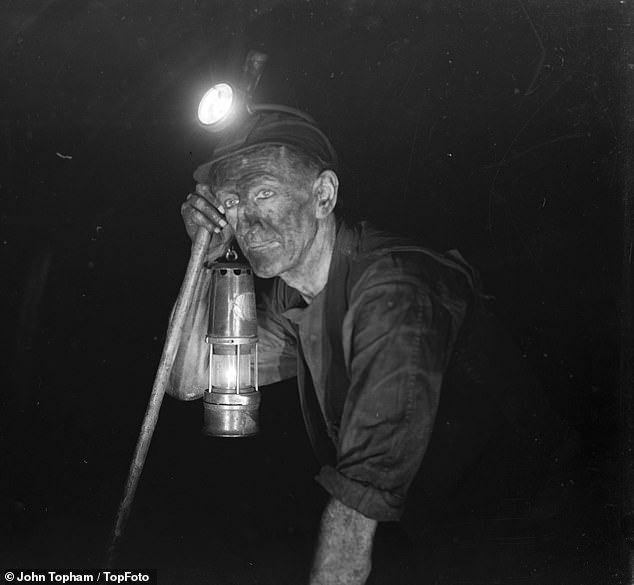 In search of work: Kent attracted jobless miners. Miners arrived in Kent from all over Britain — Scotland, South Wales, Yorkshire

Today, Eurostar trains travel at speed through the Kent countryside, but it was a failed attempt in the 1880s to build a Channel tunnel that was the reason coal was discovered in the county.

Machinery made redundant when the tunnel project was abandoned was turned to a new use. Boring down 2,221 feet into land near Dover, a seam of coal four feet thick was discovered.

By the time of WWI, there were three working pits. Much of the development was done by an unscrupulous businessman named Arthur Burr who didn’t allow three bankruptcies in his early career to stand in the way of his determination to make money out of the coal.

Burr died in 1919, just after being declared bankrupt for a fourth time, but the coalfield was established. 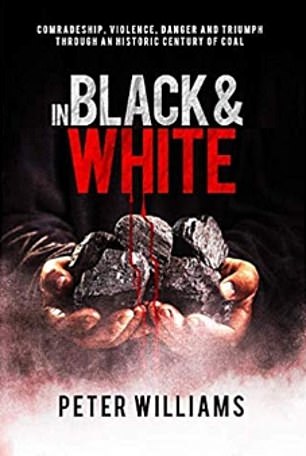 IN BLACK AND WHITE by Peter Williams (PWTV £14.99, available on Amazon)

Its heyday began in 1926, after the General Strike, when men elsewhere in the country lost their jobs. Out-of-work miners converged on Kent, travelling by bicycle and on foot. Many walked hundreds of miles.

One miner recalled a man who tramped all the way from Durham, taking seven weeks to do it.

He began a job at the Kent pit one day. ‘He sat down at 2 o’clock and said, ‘I do feel bad’ and the next thing there was, he just keeled over — as dead as doornails.’

Miners arrived in Kent from all over Britain — Scotland, South Wales, Yorkshire.

It was ‘like the Klondike’, one said. They were not always greeted with enthusiasm by the locals. Landladies put signs in the windows of lodging-houses which read: ‘No miners, no dogs, no children’.

Entire new towns were proposed to accommodate them, but only one, Aylesham, was ever built. Incomers from all over the country brought their own ways of speaking: the ‘Aylesham accent’ is markedly different to that of the rest of Kent.

The new town had mod cons unknown to the miners from the north.

One man, interviewed by Williams, recalled how his father couldn’t believe that hot water came out of a tap in his new home.

‘And the electric light; people used to switch them on and off all the time, like a disco. It had never been like that up north.’

The Kent Coalfield flourished through WWII and survived the first few decades that followed, but its story was brought to an end by the miners’ strike of the 1980s. The last coal from the last pit in Kent was brought to the surface in 1989.

One of the former miners who witnessed the demolition of the pithead described it as ‘like being at the funeral of an old friend’. Peter Williams has written a worthy obituary for a now-vanished industry.