When two zoos went to war: Separated by the Berlin Wall, the men who ran zoos either side of it were bitter rivals who finally came to blows — in the elephant house!

Here’s a tale from the Cold War that’s little-known but deserves not to be.

Berlin as a whole, of course, was embedded in East Germany, so West Berlin was connected to the rest of West Germany only by road, rail and air. What a bizarre state of affairs it must have been. 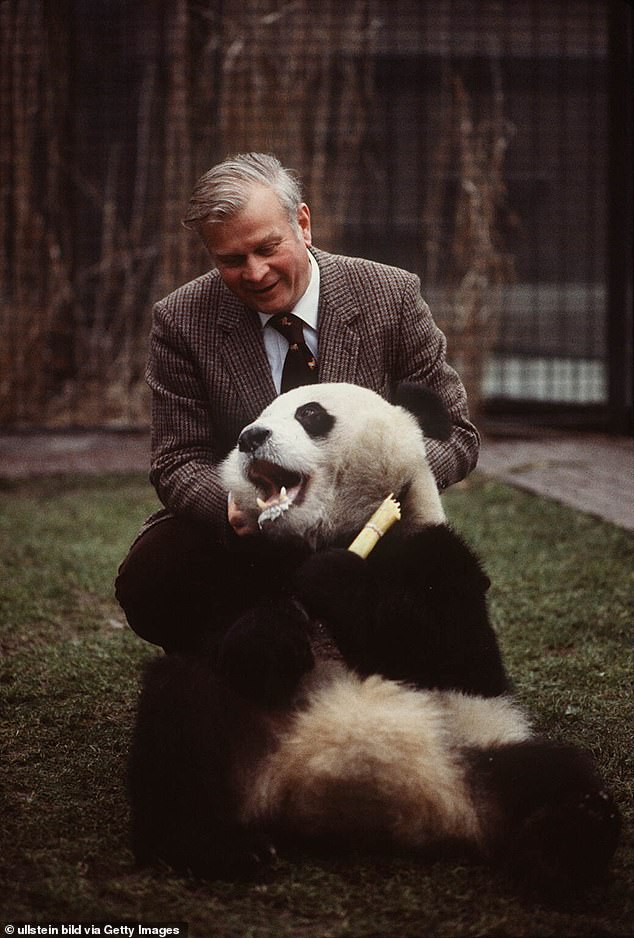 Berlin Zoo, as it originally was, was a tourist attraction of legend and much loved by the city’s inhabitants. Like much of the city, the zoo was horribly damaged in the war, and one of the city’s first priorities afterwards was to rebuild and restock it.

The problem was, the zoo was in West Berlin. And before the Berlin Wall was built, East Berliners were still travelling across the border in huge numbers to visit it, which annoyed the East Berlin government inordinately.

So they decided they needed their own zoo. Thus the Tierpark (literally, ‘animal park’) came into being. It used the converted grounds of a large house fallen into disrepair, and was several times the size of the poor, shrunken, urban West Berlin Zoo — it was a zoo for the new post-war order.

There was no money, there were no raw materials, and there weren’t that many animals, but the Tierpark somehow got what it required to launch, function and grow. 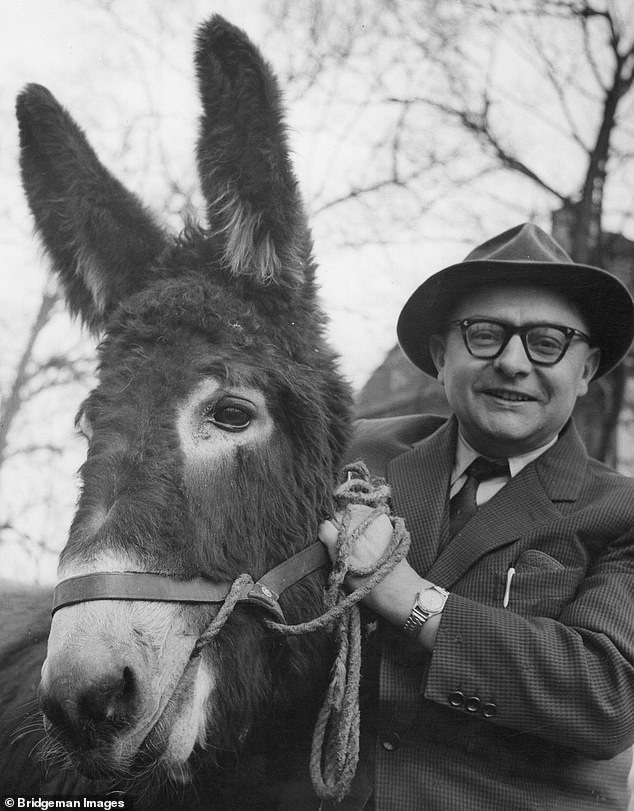 East German zookeeper, Heinrich Dathe (pictured), was a slightly older man in a hurry. Their mutual detestation is the theme of this book

It thus attracted the hordes of visitors it needed, many of them curious West Berliners who travelled in the opposite direction to see the new place.

The irony is that in the 1950s, when all this was happening, the two zoos’ keepers had got on rather well. Then the incumbent in West Berlin was replaced, and the new keeper, Heinz-Georg Klos, was a different sort of fish.

He was a young man in a hurry, while his East German counterpart, Heinrich Dathe, was a slightly older man in a hurry. Their mutual detestation is the theme of this book.

If one got a rhino, the other one wanted a rhino. Dathe couldn’t get any apes, so Klos spent a fortune building an ape house. And so on.

Zookeeping turns out to be a tricky business. On one hand you have to be an internationalist, reaching out with the hand of friendship to your fellows overseas, in order to secure the best animals for your zoo. 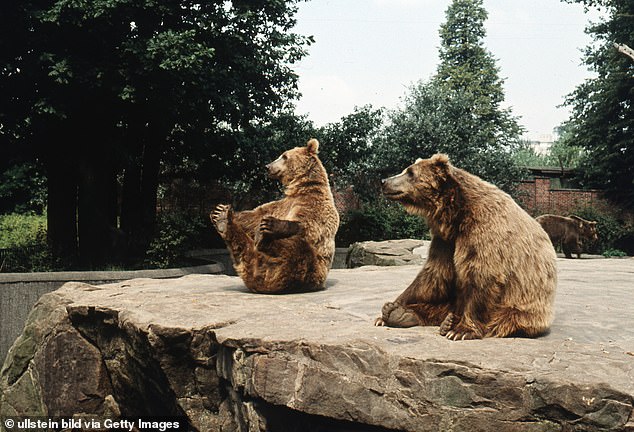 Berlin Zoo, as it originally was, was a tourist attraction of legend and much loved by the city’s inhabitants

On the other, it’s dog eat dog. Klos learned this the hard way when he secured an antelope from a zookeeper he knew in Frankfurt without looking at the animal in advance.

‘Grzimek surely wouldn’t take advantage of him, Klos thought; they were friends. When the antelope arrived, however, it was missing half its lower jaw.’

In 1962, U.S. attorney general Robert F. Kennedy visited West Berlin and brought a bald eagle, which he named ‘Willy Brandt’ in honour of the city’s mayor.

Unfortunately Willy Brandt turned out to be ‘one creaky old bird’. He was barely able to swallow and his calloused claws made it impossible to sit on a branch. 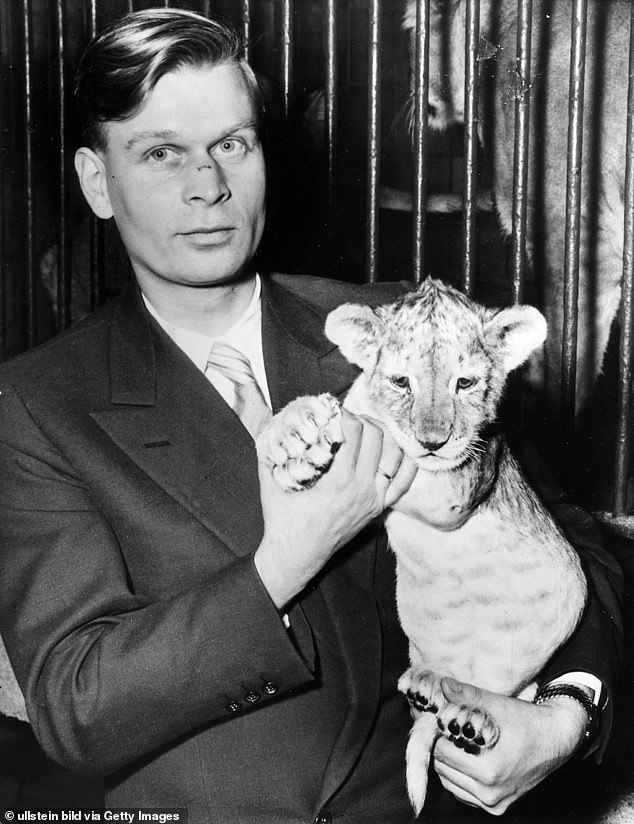 Then the incumbent in West Berlin was replaced, and the new keeper, Heinz-Georg Klos (pictured), was a different sort of fish

The eagle died two years later, but Klos had already acquired a younger one who was passed off as the real Willy Brandt to an unsuspecting public.

This all went on for years and years. There are also tales, after the Berlin Wall was built, of East German zookeepers hiding in moose crates to escape to the West.

And of the day in 1966 when the TV series Flipper started running on German television. Suddenly every zoo that had a dolphin was mobbed by crazed Flipper fans. And every zoo that didn’t looked rather dowdy and incompetent by comparison.

When both Dathe and Klos had been in their jobs for a quarter of a century, in the late 1980s, Klos bought some new elephants and opened an elephant enclosure. 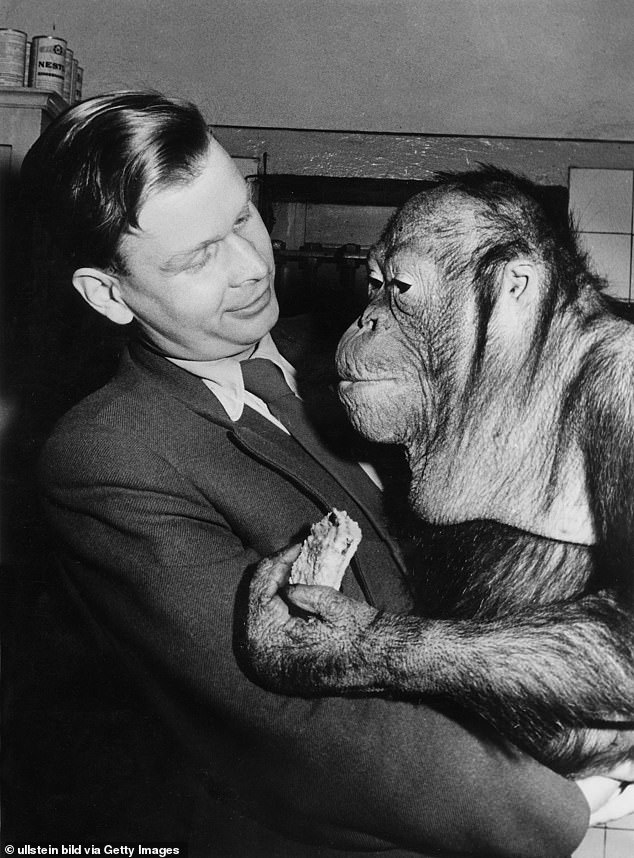 When both Dathe and Klos (pictured) had been in their jobs for a quarter of a century, in the late 1980s, Klos bought some new elephants and opened an elephant enclosure 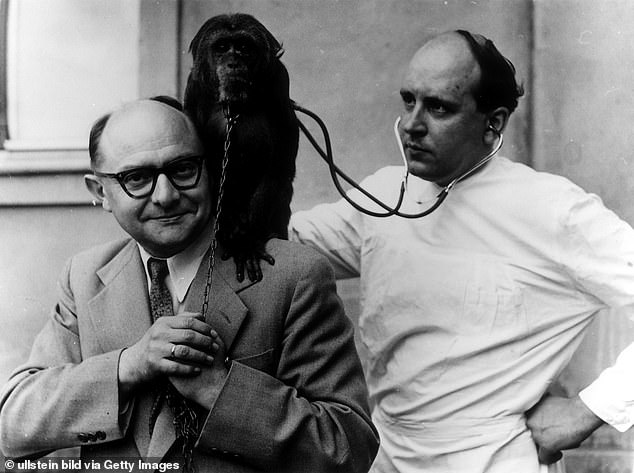 Elephants are prized possessions in zoos, and now Klos had more of them than Dathe (pictured)

Elephants are prized possessions in zoos, and now Klos had more of them than Dathe.

Courtesy dictated that Dathe be invited to the opening, but when Dathe criticised the elephants for looking ‘a little puny’, Klos had reached the limit of his patience.

‘One word led to another, and eventually a shoving match ensued between the two ageing men — neither much taller than 5ft 5in — right there among the elephants.’

J.W. Mohnhaupt is a youngish German journalist and zoo nut, and this is his first book to be translated (by Shelley Frisch).

At times it’s a little dry and, let’s face it, Germanic, but the story he has to tell is so strange and funny that his deadpan style actually suits it rather well.

The book is subtitled ‘An Incredible True Story From The Cold War’, and for once that’s no exaggeration. 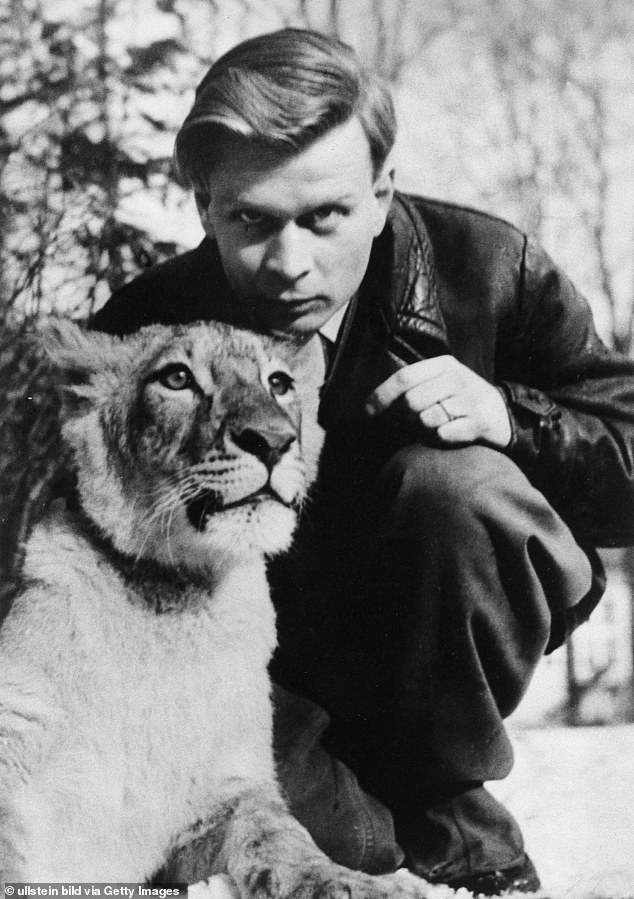 Courtesy dictated that Dathe be invited to the opening, but when Dathe criticised the elephants for looking ‘a little puny’, Klos (pictured) had reached the limit of his patience

Inside Naya Rivera's Legacy as an LGBTQ TV Trailblazer: 'Meant So Much to So Many Queer Women'