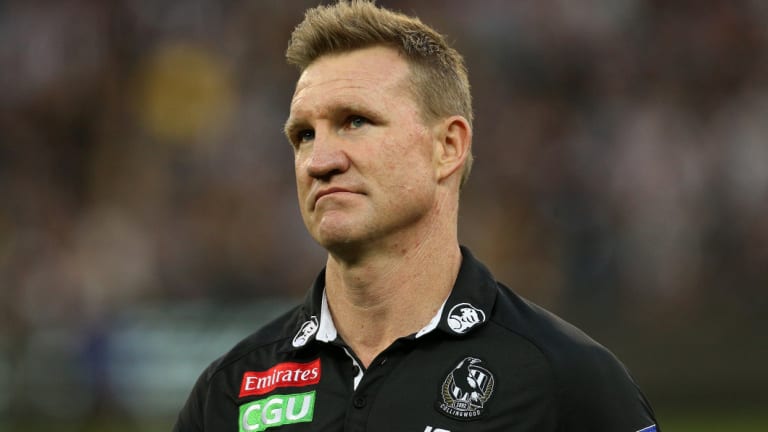 Collingwood coach Nathan Buckley has read The Courage to be Disliked and wants his players to read it too.Credit:AAP

It's been more than 80 years since Dale Carnegie kick-started the business book industry with How To Win Friends and Influence People, but now the message has been flipped. Who needs friends?

Japanese bestseller The Courage To Be Disliked , by Ichiro Kishimi and Fumitake Koga, has sold more than three million copies in Asia and its popularity is spreading further after its recent translation into English.

A dense, solemn tome thick with references to 19th century philosophers, The Courage To Be Disliked has already been championed as an inspirational read by Collingwood coach Nathan Buckley and Silicon Valley tech guru Marc Andreessen.

It is not yet a success on the level of Mark Manson's more digestible The Subtle Art of Not Giving a F*ck, the best-selling lifestyle book in Australia last year, but it is generating buzz in the corporate world for the same reason: it gives the boss permission to stop worrying about what other people think.

More than 13,000 copies have been sold in Australia since its release in May last year, while local bookshop Readings has sold 900 since last June, which is steady business for something that really isn't a breezy read. 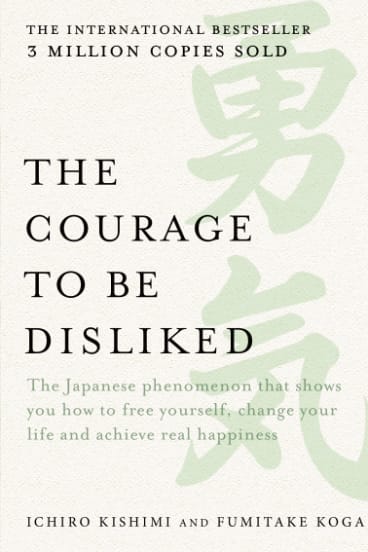 The Courage to be Disliked is creating a stir.

"It has been very big for us," managing director Mark Rubbo said. "It continues to sell strongly."

Unlike some other self-help books, The Courage To Be Disliked is not a straightforward list of steps that one can take to find happiness in life.

It unfolds through the form of a “Socratic dialogue” between a sceptical youth and a philosopher, who bases his lessons on the concepts of 19th century psychotherapist Alfred Adler.

Adler, a contemporary of Sigmund Freud and Carl Jung, was the founder of the school of "individual psychology". He believed that people could control their own destinies by changing their beliefs about themselves and the world around them.

The philosopher says being disliked is "proof that you are exercising your freedom and living in freedom, and a sign that you are living in accordance with your own principles".

Some of the book’s other lessons include "unhappiness is something you choose for yourself", "admitting fault is not defeat" and "trauma does not exist".

As the sport industry devotes more resources to psychology, it’s unsurprising that sports stars are among the first Australian readers to dip into The Courage To Be Disliked.

Buckley has encouraged Collingwood players to read it. Former Australian Test opener Cameron Bancroft has also been spotted thumbing its pages. The cricketer may well have needed it after his role in the sandpaper tampering affair in South Africa earlier this year.

On trauma, the philosopher tells the youth that the influence of a traumatic event can be controlled by the person who has experienced it:

"We determine our own lives according to the meaning we give to those past experiences," the philosopher says.

"Your life is not something that someone gives you, but something you choose yourself, and you are the one who decides how you live."

It's unlikely that the Australian popularity of The Courage To Be Disliked will reach the levels of Japan, where it inspired a TV show called Kirawareru Yuuki about a female detective who solves cases and doesn't care what others think about her.

But the next time a typically cheerful colleague sends an email with a terse sign-off, then maybe it's because they've jumped on board the latest self-help craze.