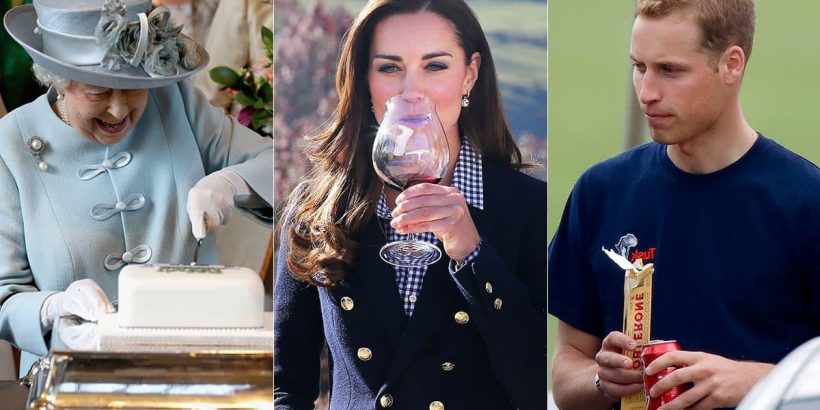 Although the lives of the royal family seem a million miles away from our own, there are a few guilty pleasures that they’ve admitted to, and most of them are extremely similar to our own secret likings.

The Duchess of Cambridge has openly said she’s a sucker for Indian takeaways, while her husband Prince William has a real sweet tooth. Meanwhile, Meghan Markle can’t resist a plate of French fries.

PHOTOS: 15 fabulous snaps of the royals having fun at garden parties

Keep reading, you might have something in common with royalty after all!

WATCH: Princess Charlotte looks so shy as she greets well-wisher 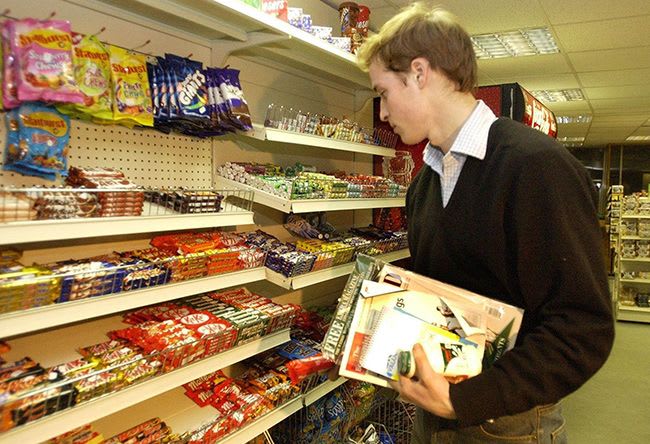 It’s well known that the Duke of Cambridge has a sweet tooth; he specially requested a chocolate biscuit cake to be served at his wedding to Kate Middleton in 2011.

The Duchess of Cambridge revealed that William couldn’t stop eating their supply of Easter chocolate during a video call to schoolchildren in April 2020 during the lockdown. As the couple wished everyone a Happy Easter, William reassured them that: “There will be a lot of chocolate being eaten here, don’t worry!” With a smile, Kate quickly retorted: “You keep eating it!” 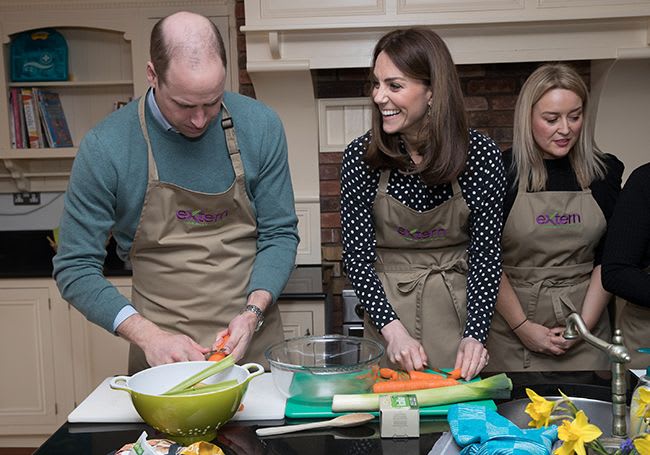 Speaking to BBC Radio One, Kate explained that her takeaway of choice would be a curry, before clarifying that Prince William wouldn’t eat it with her as he is not a fan of spicy food! William explained that he found the choice between pizza and Chinese food the hardest – we can totally relate to this!

After Kate’s confession of her love of an Indian takeaway, the pair clarified that “it doesn’t usually get ordered to the palace, we tend to go and pick it up,” before jokingly adding “not ourselves!”

Upon meeting the co-founder of Nando’s in 2019, Prince William explained that his police protection officer had introduced him to the chain as he is one of its “biggest fans,” joking he should “buy a stake in Nando’s.”

SEE: Prince Harry and Meghan Markle’s £11m mansion from the inside and out

When questioned about her ability to eat fries and stay healthy she explained that “it’s all about balance, because I work out the way I do, I don’t ever want to feel deprived. I feel that the second you do that is when you start to binge on things. It’s not a diet; it’s a lifestyle.”

Meghan named her now discontinued lifestyle blog The Tig after her favourite wine, Tignanello. The wine is a red wine blend from Italy with a fruity taste and underlying spicy tones. The mother-of-two is also a huge fan of French Carbernet, Argentinian Malbec’s and Pinto Noir from Oregon. 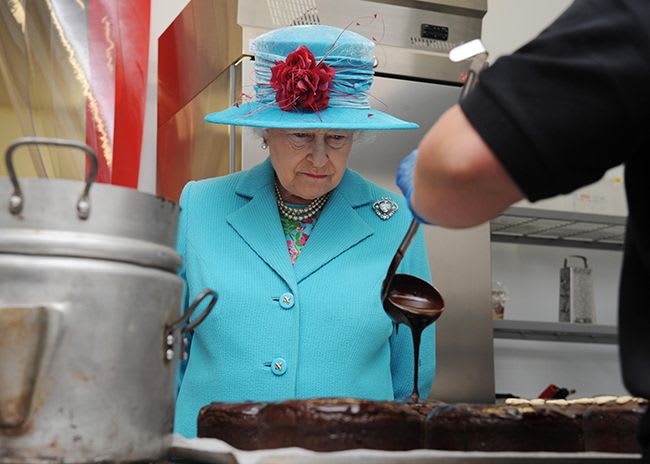 In an exclusive interview with HELLO! in 2016, Darren McGrady, the former royal chef for the Queen, revealed that her Majesty “is absolutely a chocoholic.”

Darren went on to explain that the 96-year-old didn’t particularly love food and was not adventurous when it came to meal choices, whereas her late husband Prince Phillip absolutely loved trying new dishes.

In a radio interview with DJ Scott Mills, the Duke and Duchess proclaimed that “everyone should be watching Game of Thrones” and continued to explain it was one of their favourite programmes.

Shortly after, they were spotted in Berlin at a reception with stars from the show and it was reported that William and Kate had even asked for spoilers from German actor Tom Wlaschiha! 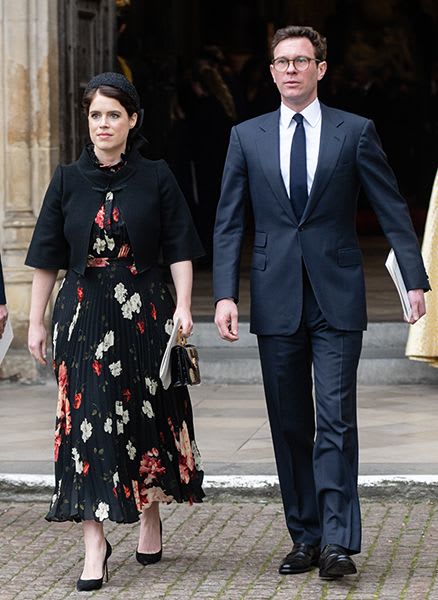 Princess Eugenie told Harper’s Bazaar in 2016 that she and her husband Jack Brooksbank were “obsessed” with TV show The Walking Dead and watch it most nights they are at home together. Eugenie has also admitted to her love for cooking programmes. 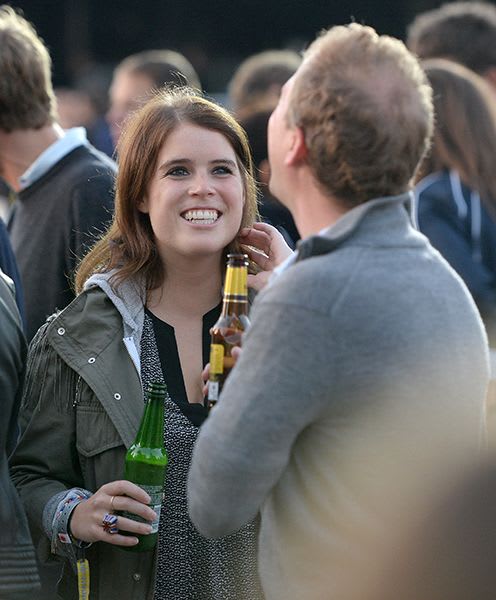 In 2019, Princess Eugenie and James Middleton enjoyed watching Beyoncé and Jay-Z perform at The O2 in London, and the duo were even spotted dancing along in the front row. Princess Eugenie was so star-struck that when Beyoncé passed the microphone to her to sing the chorus, she completely froze and forgot the words to Irreplaceable.

Although Prince Andrew’s daughter failed to remember the lyrics, it is clear from her enjoyment in the video she is a huge Beyoncé fan!

Prince William has admitted to enjoying a wide scope of music, including listening to the American rock band Linkin Park. However, it was Ellie Goulding that the Duke and Duchess chose to perform at their royal wedding back in 2011.

The 32-year-old singer performed her cover of Elton John’s Your Song during the couple’s first dance with Ellie later explaining that “William and Kate were very appreciative…and told me how much they enjoyed it.” 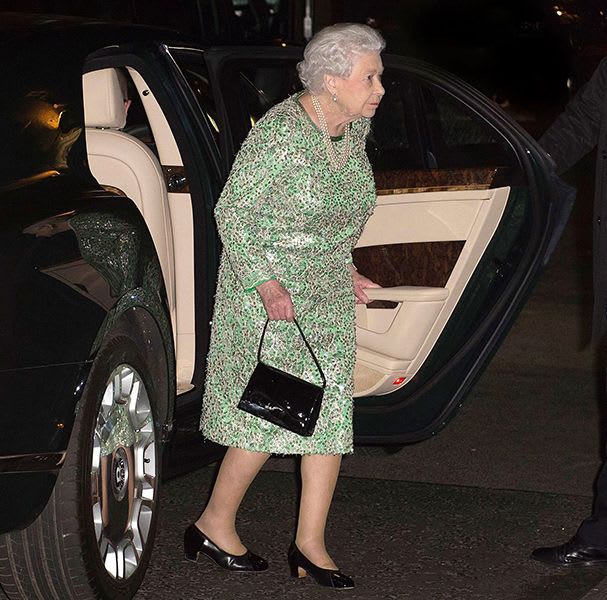 The Queen went to Bellamy’s in Mayfair for her 80th birthday and returned a decade later with Princess Anne and Princess Alexandra for dinner. It is reported that this is one of the only restaurants that the Queen has ever eaten in, that is not a private club!

It’s no surprise her Majesty visits this restaurant. The menu at Bellamy’s offers the finest meat, fish and game and the menu adapts to the season.

Make sure you never miss a ROYAL story! Sign up to our newsletter to get all of our celebrity and royal news delivered directly to your inbox.