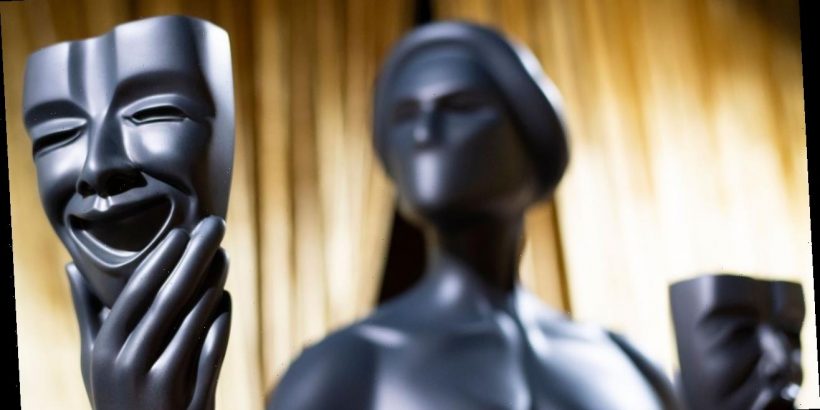 The only thing better than announcing “I am an actor” is being able to say, “I am a SAG Award-winning actor.” During Sunday’s 27th Annual Screen Actors Guild Awards, SAG-AFTRA minted a new class of winners during a reimagined awards ceremony.

Honoring the best in film and television — as well as stunt people in both — this year’s most-nominated TV series were The Crown and Schitt’s Creek, while Chadwick Boseman made SAG history, becoming the first actor to earn four nominations in a single year. (He’s posthumously nominated for Best Actor for Ma Rainey’s Black Bottom and Best Supporting Actor for Da 5 Bloods, as well as Outstanding Cast as part of both film’s ensembles.)

The SAG Awards were originally booked to take place on March 14, until the Recording Academy rescheduled the GRAMMYs for the same day. After redating their telecast for April, producers announced the 2021 SAG Awards would be entirely pre-taped and air as one “jam-packed” hour. As such, there would be no gala banquet, no red carpet and no host.

There are, as always, still winners. See the full list of winners, in bold, below.

Outstanding Cast in a Motion Picture

Outstanding Ensemble in a Drama Series

Outstanding Ensemble in a Comedy Series

Outstanding Female Actor in a Television Movie or Limited Series

Outstanding Male Actor in a Television Movie or Limited Series