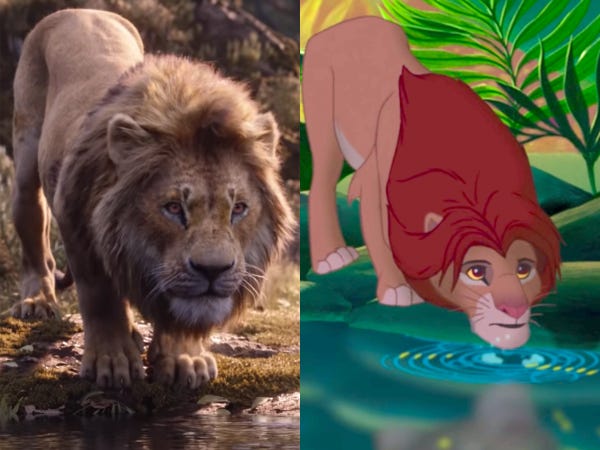 Disney's planned sequel for the "live-action" animated version of "The Lion King" is moving forward with Oscar-winning director Barry Jenkins at the helm, according to a new report from Deadline.

Jenkins, who wrote and directed the 2016 best picture winner "Moonlight," will direct the sequel. The first-remake's screenwriter Jeff Nathanson is returning to write the new movie, as well. Deadline's Mike Fleming Jr. reports that "the story will further explore the mythology of the characters, including Mufasa's origin story."

"The Lion King" remake grossed over $1.6 billion worldwide at the box office last year, continuing the trend of Disney's success with reboots of its hit animated films.

You can see all the Disney remakes which have made over $1 billion in our list here.

Back in 1994, Disney released a direct-to-video animated sequel to "The Lion King" called "The Lion King II: Simba's Pride." While the original film was a take on Shakespeare's "Hamlet," the sequel drew inspiration from "Romeo and Juliet," centering around Simba's daughter Kiara falling in love with Kovu, a young male lion from a different pride.

Based on Deadline's reports, it seems as though this new "Lion King" sequel won't follow the same narrative as the 1994 sequel, but instead look back into the past of the main characters.

Jenkins followed up his 2016 Oscar-win for "Moonlight" with the 2018 film "If Beale Street Could Talk," which landed him another Academy Award nomination for best adapted screenplay. Regina King won the Oscar for best supporting actress for her role in the film.

This year, Jenkins wrapped production on an Amazon TV series, "The Underground Railroad," which he adapted from Colson Whitehead's novel of the same name. Jenkins wrote and directed the full series.

There's no news yet about the potential release date for Disney's sequel to "The Lion King."