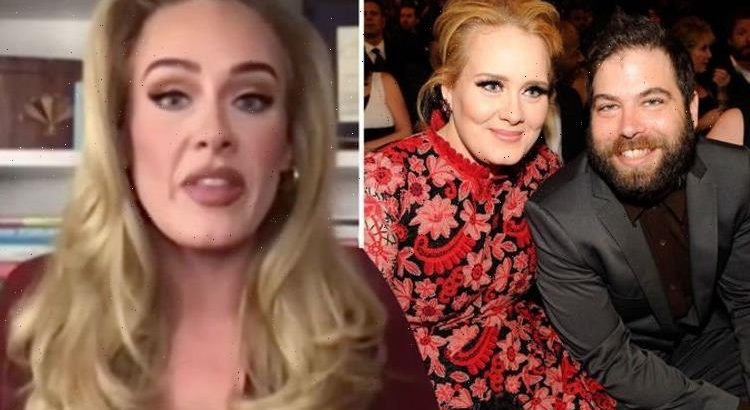 Adele says her divorce was 'overdue and exhausting'

Adele split from charity CEO Simon Konecki after three years of marriage and is now dating sports agent Rich Paul. The 34-year-old is back in the spotlight with her brand new single Easy On Me as part of her upcoming album, which she says will explain all about her split to their son Angelo.

This week, the singer caught up with Heart Radio presenters Amanda Holden and Jamie Theakston to discuss her music comeback.

During the chat, the latter asked Adele about her “big, life-changing decisions” in recent years.

He went on to ask her how important it was for her to make such a change.

“It was overdue,” Adele spilled.

“It was exhausting, it was really hard work but I was able to take the time that I needed, which isn’t a given for everyone, I’m very aware of that.

“The more and more you put it off, the worse and worse it gets and I had been putting it off anyway for years before… now I am chilled as anything.

“So I’d say it’s worth it, you know treading through all of that poo is worth it.”

Amanda chimed in: “You have to put on your waders don’t you?”

“One hundred percent,” the singer agreed. “Or you’ve just got to jump in head first.”

In her most candid interview to date, the mother-of-one said she is still on good terms with her ex-husband.

The couple have remained friends and co-parent their eight-year-old son Angelo.

Addressing their split, she told Vogue Magazine: “We kept it to ourselves for a very long time.

“We had to take our time because there was a child involved.

The former couple now live opposite each other in Beverly Hills.

She added of her ex-husband: “I’d trust him with my life.”

Adele went on to say he was the “perfect” person to have a child with.

The Someone Like You hitmaker also spilled that she had dated after their split, but some couldn’t cope with her being in the limelight.

She has since found love with 39-year-old Rich Paul.

Gushing over her new beau, she spilled: “He’s great. He’s so f**kng funny. He’s so smart, you know.”