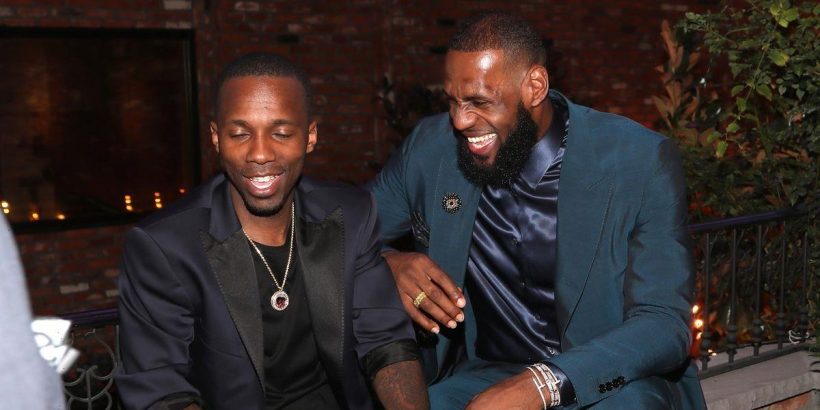 Pop sensation Adele ’s boyfriend, sports agent Rich Paul reportedly spent the 34 year old’s birthday partying with his clients at a swanky £3,000-per head dinner in Miami, instead of celebrating with his partner.

Adele herself celebrated the occasion by sharing a series of smiling images on Thursday, along with a caption about how "happy" she is, yet no sign of her was spotted at the flash dinner which saw her partner rub shoulders with sporting legends such as basketball star LeBron James.

Rich, 40, who first went public with their relationship in Summer last year, was also said to have been joined by Kevin Love, Stephen Ross and Maverick Carter as they attended the American Express Presents Carbone Beach dinner party ahead of this weekend’s Miami F1 Grand Prix.

It is unclear whether Rich spent the day with Adele to celebrate her special day.

According to Page Six, Rich spent the evening socialising and networking with clients and friends as he happily posed for snaps at the enviable event.

Other guests at the event included Jared Kushner and Ivanka Trump, chef Mario Carbone, DJ Hannah Bronfman and driver Pierre Gasly, with the evening also rounded off with a surprise performance by Opera legend Andrea Bocelli.

By contrast, as Rich allegedly partied in Miami with pals, Adele shared a stunning photo with fans on Instagram, as she celebrated her 34th birthday in the sun.

The Hello singer broke a two month silence on Instagram to share the snap, with the photo revealing a fresh face and beaming smile.

While wearing a custom designed Carolina Herrera dress and dancing around a garden, the singer went on to tell her 49.8million followers that she has “never been happier”.

She then went on to further reflect on the past year, which she described as “healing” and even saw her postpone a highly anticipated Las Vegas residency in January this year, much to the chagrin of fans.

The Grammy award winner said: "What a difference a year makes! If time keeps healing and smoothing out all the creases in my life like it does as the years fly by, then I can't wait to be 60!”

“I've never been happier! So many lessons, so many blessings to be grateful for. This is 34, and I love it here! Thank you for the birthday love as always x”.

As part of her celebration, the singer treated herself to the designer dress, with the final creation somewhere between designer Herrera’s £4,044 ($4,990) 'embroidered strapless mini-dress with train' and her £2,423 ($2,990) 'bubble sleeve floral dot mini dress.'

Aside from the glamorous outfit, Adele was also later spotted in a pair of striped pyjamas that matched her inner circle of stylist Jamie Mizrahi, photographer Raven B. Varona, travel author Jedidiah Jenkins, and Crown + Conquer founder April McDaniel.

The group of friends were all shown to be staying in a luxury condo where they indulged in a variety of lime squeezed cocktails before taking a dip in the pool.

It comes after earlier this year Adele said she would like to have her first child with the sports agent.

Speaking on The Graham Norton Show in February Adele said: “I would like to have more children – I only just feel like I've caught up with my sleep from nine years ago when I had my son.”

Adele also voiced her "regret" at having cancelled her Las Vegas residency during the same interview.

“I tried my hardest and really thought I would be able to pull something together in time,” Adele explained. “I regret that I kept going until that late in the day. It would have been a really half-a***d show and I can't do that.”

“People will see straight through me up on the stage and know I didn't want to be doing it. I've never done anything like that in my life and I'm not going to start now.”

“We are now working our a***s off, but I don't want to announce a new set of dates until I know everything will definitely be ready. The sooner I can announce the better, but I just can't in case we are not ready in time.”

She added: “It is absolutely 100% happening this year. It has to happen this year because I've got plans for next year. Imagine if I have to cancel because I am having a baby!”