The dashing hero of Four Weddings and a Funeral was originally supposed to be Alan Rickman, Richard Curtis has revealed.

Hugh Grant ended up playing the role of Charles in the 1994 film, launching his career as a romantic lead.

Curtis, who wrote the film, said at the Cheltenham Literature Festival that he had wanted Rickman but was outvoted. 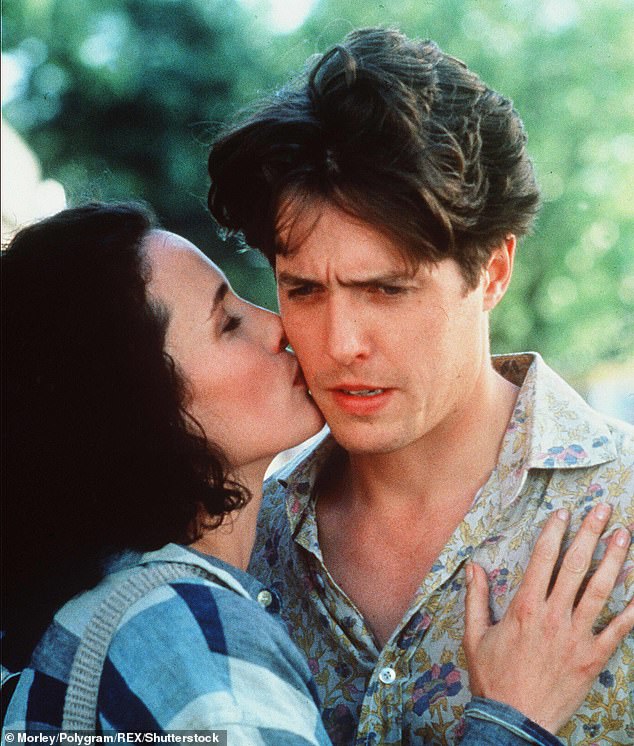 Hugh Grant (pictured with Andie Macdowell) ended up playing the role of Charles in Four Weddings and a Funeral, launching his career as a romantic lead

‘We auditioned 70 people. Eventually it was down to Hugh and Alan Rickman and I went for Alan but I was outvoted. I just thought Hugh was a bit annoying, too good looking, a bit posh,’ he said. ‘I was right about all of those things but he is also very good.’

Rickman, who died in 2016 aged 69, had by this time found international fame as the villain in Die Hard and as the Sheriff of Nottingham in Robin Hood: Prince of Thieves. And he went on the revel in the dark role of Snape in the Harry Potter films.

Curtis also revealed that Charles was supposed to have his own film while two of the plots of Love Actually, which he also wrote, had been intended as stand alone films.

But he admitted they would have been ‘very, very unsuccessful films so I am very glad I managed to squeeze all the good bits out of them into 12 minutes each’.

Curtis is also behind the hits Notting Hill and Bridget Jones’ Diary but said he plans to retire on his 64th birthday in 2020.