In a preview clip of his upcoming interview with George Stephanopoulos, Alec Baldwin claims that he did not fire the gun that killed Halyna Hutchins on the set of ‘Rust.’

Alec Baldwin, 63, will address his involvement in the accidental shooting death of cinematographer Halyna Hutchins on the set of his film Rust in an interview with ABC News’ George Stephanopoulos on Thursday, December 2. A preview clip was released the day before the full-length interview, and it shows Alec claiming that he didn’t fire the gun — which was loaded with a live bullet — that killed Halyna, 42, and injured director Joel Souza while they were filming scenes for the Western movie in New Mexico on October 21. “The trigger wasn’t pulled. I didn’t pull the trigger,” Alec explained.

Alec’s comments led George, 60, to ask the actor, “So you never pulled the trigger?” Alec responded, “No, no, no. I would never point a gun at anyone and pull the trigger at them, never.” The rest of that conversation will be show in the full interview. Also in the preview, the 30 Rock alum said he has “no idea” how a real bullet ended up on the Rust set and inside the gun. “Someone put a live bullet in the gun. A bullet that wasn’t even supposed to be on the property,” he explained to George.

Alec got emotional throughout the interview preview clip. At one point, George asked the Emmy winner if the shooting incident “is the worst thing that’s ever happened” to him. Alec shook his head in agreement, and said, “Yes. Because I think back, and I think of what could I have done?” Alec also spoke fondly about Halyna, before getting choked up about his late co-worker. “She was someone who was loved by everyone who worked with, and liked by everyone who worked with, and admired,” he said. 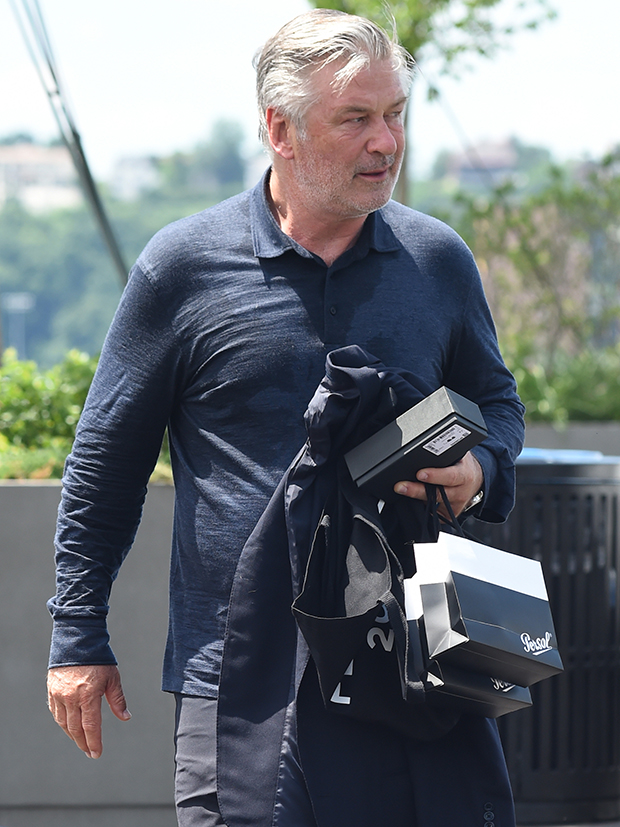 Alec & Hilaria Baldwin — Photos Of The Couple & Their Kids 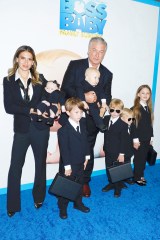 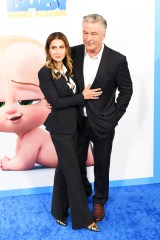 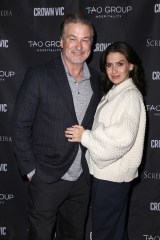 This ABC News special marks Alec’s first sit-down interview since the Rust shooting occurred. He previously spoke about the incident to the press in Manchester, Vermont with his wife Hilaria Baldwin, and he told the reporters the tragedy was “a one in a trillion event.” The star had initially broken his silence the day after Halyna died. “There are no words to convey my shock and sadness regarding the tragic accident that took the life of Halyna Hutchins, a wife, mother and deeply admired colleague of ours,” he wrote on Instagram. “I’m fully cooperating with the police investigation to address how this tragedy occurred.”

The Rust shooting is still under investigation. Jason Bowles and Robert Gorence, the attorneys for Rust armorer Hannah Gutierrez-Reed, have said they’re investigating whether someone was attempting to “sabotage the set” of Alec’s film by putting a live bullet in a box of dummy rounds, which led to Halyna’s death.