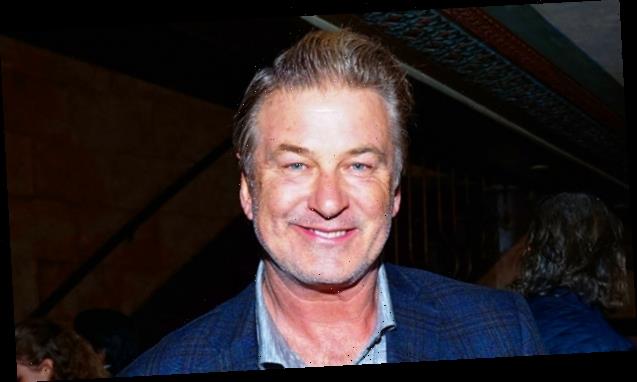 Alec Baldwin snapped at critics to mind their ‘own business’ after the surprise arrival of his sixth child with Hilaria Baldwin.

Alec Baldwin, 62, vented that America “is a country fueled by hate” after fans flooded his Instagram with criticism following the birth of his seventh child, Lucia. One fan in particular asked “who’s the mother” of the baby girl since the child arrived six months after Alec and his wife, Hilaria Baldwin, welcomed their last child Eduardo “Edu” Pao Lucas. The fan asked many more invasive questions — like “if the baby was adopted” — underneath a photo of Hilaria with the newborn child surrounded by her and Alec’s five other kids, which Alec shared and then deleted on March 2. The 30 Rock star clapped back at the nosy fan.

“You should shut the f-ck up and mind your own business,” Alec snapped back in his comments section. And he wasn’t done replying to the haters who, for some reason, were flummoxed over Alec and Hilaria’s growing family.

Another unkind fan reacted to the baby news by writing, “My first response was like, ‘Yikes’ but it’s not my business and if they love and can support all of these children, then God bless them.” To that, Alec responded, “I believe that people should simply say congratulations, or just shut the f-ck up. That’s it.”

After seeing all the negative comments, one fan wrote, “wish I knew why are people so mean…” Alec wrote back, “because, basically, they’re not very smart. Americans are people who know less about how to live a peaceful, healthy life than most of the civilized world.” He doubled down on this theory and wrote in another comment, “america is a country fueled by hate .”

Amid the uproar over Alec and Hilaria’s sixth baby, Hilaria shared a cryptic message on her Instagram page. “I have come to the frightening conclusion that I am the decisive element. It is my personal approach that creates the climate. It is my daily mood that makes the weather. I possess tremendous power to make life miserable or joyous,” the message began, which you can read in full below.

Alec is also the father of model Ireland Baldwin, 25, who he shares with his ex-wife Kim Basinger. Unlike some of the critics in Alec’s Instagram comments, Ireland is “in full support of her Dad and stepmother and is of the thinking, ‘The more the merrier’,” a source close to the Baldwin family EXCLUSIVELY told HollywoodLife.