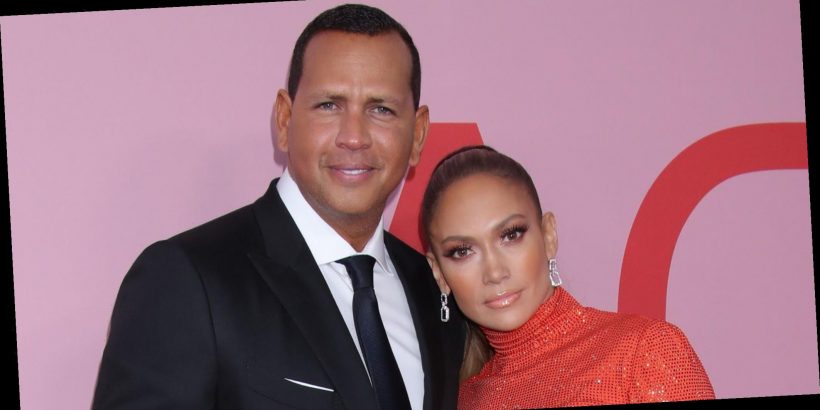 Alex Rodriguez confirmed on Saturday, March 13, that he and fiancée Jennifer Lopez are still together and have not split.

The former New York Yankee, 46, spoke to TMZ on Saturday as he headed to the gym in Miami.

“I’m not single,” he replied to a photographer who asked if he and the Golden Globe nominee, 51, had called it quits.

Rodriguez got a phone call as he left the gym and called the person he was talking to “baby,” telling them he would call them back. When asked if he was talking to the Hustlers actress, he laughed and nodded his head.

The athlete’s comments came hours after Us Weekly confirmed that the couple, who got engaged in 2019, were still together.

After rumors swirled on Friday, March 12, that the “Let’s Get Loud” singer and her fiancé had broken up, the pair announced in a joint statement to TMZ that “all the reports are inaccurate.”

“We are working through some things,” they added in their statement on Saturday. The pair are currently in different cities, as the sports commentator is in Florida, while Lopez is working on a film, Shotgun Wedding, in the Dominican Republic.

A source told Us on Friday that “there have been issues” in the couple’s relationship “for a while now.”

Jennifer Lopez’s Dating History: A Timeline of Her Famous Relationships

The insider added that the pair haven’t seen each other since March 1, nearly two weeks ago. Rodriguez shared a photo with his love on Instagram on February 28, when he visited her in the Caribbean. He captioned the photo, ” Perfección.”

A month earlier, the “I’m Real” singer told Allure magazine that they’d been in couples counseling amid the coronavirus pandemic.

“Alex, of all people, was like, ‘I love it. I love being at home. I love doing my Zooms. I love knowing the kids are there, and you’re there all the time,’” she said in February. “It has been actually really good. We got to work on ourselves. We did therapy. I think it was really helpful for us in our relationship.”

The pair, who started dating in 2017 and got engaged two years later, had been planning to wed in 2020, but their plans got pushed back amid the COVID-19 crisis, with Lopez admitting to the magazine that it “was a big deal.”

“Maybe that wasn’t the right time,” she added. “You start thinking of all these things — how everything has its kind of perfect, divine moment.”