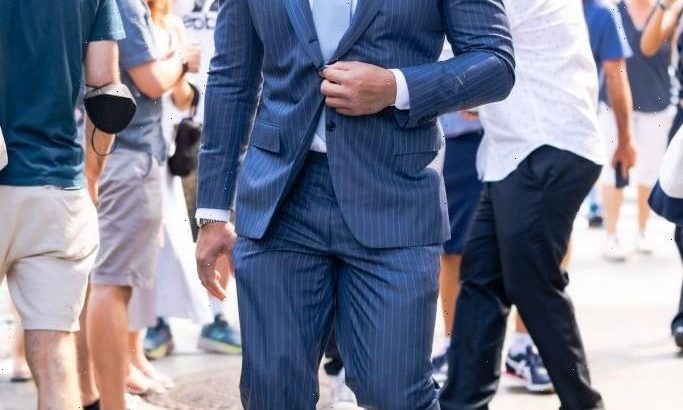 Alex Rodriguez hasn’t exactly been keeping quiet since his split from former fiancee Jennifer Lopez. He has been seen numerous times partying, traveling, and living his best life post-breakup. But is he really moving on from ex J.Lo, or is it all for show?

A.Rod was seen partying in Las Vegas over the weekend

On Friday, Rodriguez was at Omnia nightclub in Las Vegas dancing into the next morning with several women. According to TMZ, he wasn’t there with a date, but he was chatting with three women in particular.

This trip to Vegas follows several other attempts by Rodriguez to enjoy himself and forget about his ex, but that’s difficult to do when your former fiancee is in the public eye as much as J.Lo.

Before his weekend trip to Las Vegas, Rodriguez spent time on a yacht. Notably, he was on a yacht at the same time that his ex J.Lo was, which happened to be on her birthday, and in the same area.

To be fair, Rodriguez’s birthday is only a few days after Lopez’s. His date of birth is July 27th, while hers is July 24th. He might have been kicking off his festivities a few days early, but the coincidental timing is enough to make fans of both celebrities speculate.

While J.Lo snuggled up with Ben Affleck on her yacht, recreating scenes from her famous “Love Don’t Cost A Thing” music video, Rodriguez was partying with a bevy of beauties on a different yacht, equipped with a huge inflatable water slide. Both yachts were in St. Tropez.

Rodriguez has been snapped spending time with various women since his breakup, but never with the same woman twice. It seems he is avoiding entering into another serious relationship for now.

Meanwhile, photographers have snapped J.Lo and former flame Ben Affleck looking loved-up in various locations. They have even looked at property together. There is no question that they are an official item.

In a recent interview with ET, Rodriguez stated that he is focusing on all the positive things in his life.

“I had five years of an incredible life and partnership and also with my daughters, we learned so much. And now we have the opportunity to take that and move forward and say, ‘You know what? We’re so grateful for the last five years, how do we make the next five years better because of lessons learned?’”

It sounds like he is thankful for the time that he shared with J.Lo and ready to use that experience to improve his relationships in the future.

“So I’m in a great place. I’m so grateful for where God and and and the light has really put me, and I’m really looking forward. Mostly to see how my girls keep developing.”