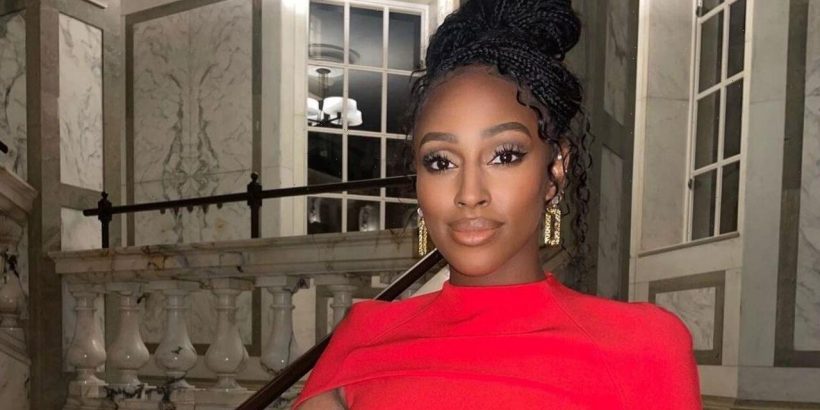 The former contestant of ‘The X Factor UK’ has been accused by presenter Ulrika Jonsson of seeking attention by choosing to keep details of her baby under wraps.

AceShowbiz –Ulrika Jonsson has slammed Alexandra Burke as “attention seeking” for not revealing the gender of her baby. Ulrika scoffed when Alexandra, 34, and her footballer fiance Darren Randolph, 35, decided to keep details of her child private as she said her family “did not ask for fame” after the couple welcomed their first child together in July.

“The public clearly have an interest in her and her private life. That’s the deal we make with fame. And I’m pretty sure her partner and child have, and will continue to, enjoy the fruits of her celebrity labour. I cannot understand how declaring whether she’s had a girl or a boy would in any way compromise her beloved child,” Ulrika said as she wrote in The Sun.

“Announcing you’re pregnant and then shutting the door of access to your life for those who have hitherto cared about your journey, supported you or are just plain nosey, isn’t on.”

Ulrika’s comments came after Alexandra got tearful when announcing her decision on “Loose Women“. She said, “I come from ‘X Factor’ which is public and gave me a platform. In the process I asked for this but my family never…”

“The impact on them is hard and they never asked for it. I want to protect the baby and make its own decision. When I spoke to my friend I said, ‘I don’t want to hurt anyone.’ My mum would say it’s the wise thing to do.”