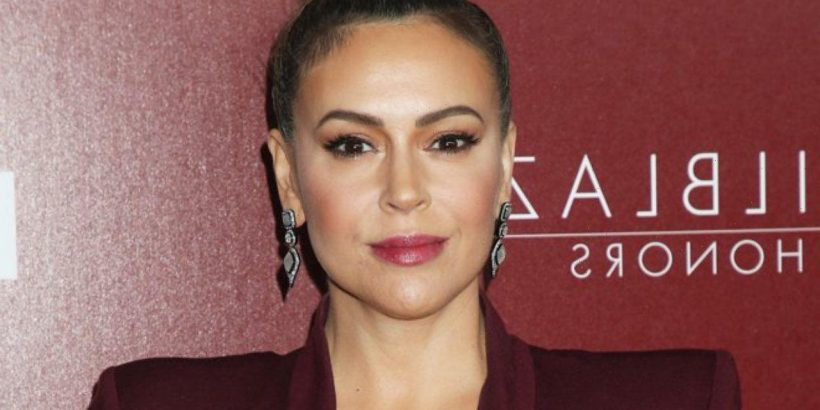 The ‘Charmed’ actress reveals her politician ambition as she says she would love to represent Democrat and run against Republican for a seat in the U.S. congress.

The former “Charmed” star previously teased a potential move into politics on Twitter and, in an interview with The Hill, Alyssa confirmed she’s still seriously thinking about it

“I split my time between Truckee, California, and Bell Canyon, California, and the Republicans have basically had a strong arm there in the 4th District,” she said. “I would love to maybe consider flipping that seat blue. It’s going to take someone with, I think, name recognition and deep pockets to be able to run against (Tom) McClintock, and so I’m considering it.”

p> However, Alyssa added that any political aspirations will have to wait until after the scheduled “Who’s The Boss?” reboot – which she has signed up for.

“Before I run, obviously I can’t do both at the same time,” she explained. “So it’s just really going to be about timing.”

In a further statement to Deadline, the 48-year-old added that “it is possible that I will run for office in 2024.”

Alyssa Milano is not the only celebrity with political ambition.

Matthew McConaughey, The Rock, and Caitlyn Jenner also considered to run for public office, but they were recently ripped to shreds by Bill Maher.

Maher didn’t hold back with his criticisms as he claimed those stars suffered from “malignant narcissism.”

“There’s a thousand things you have to know before taking office, to do it right… Can our celebrity friends tell us… what is budget reconciliation? What are the three legs of our nuclear triad…? What does the Fed do? Where’s Chad? What agency is responsible for our nuclear weapons? What does the 14th amendment say?”