Amanda Gorman, who made headlines for reciting her incredible poem ‘The Hill We Climb’ on Inauguration Day, shared some cute behind the scenes moments from the big event, in a new interview.

Amanda Gorman, 22, went viral after stepping into the spotlight with her beautiful poem at Joe Biden‘s inauguration on Jan. 20, and now she’s giving us the inside scoop about what happened behind the cameras. The poet laureate revealed that she witnessed former first lady Michelle Obama, 57, getting a little irritated with the former president Barack Obama, 59, because of all the hugging he was doing! In the days of COVID-19, it’s natural that the concerned wife would be looking out for her husband and others in a crowd of people and according to Amanda, she even kept “yelling” at Barack to “stop.”

“It was funny cause I was there and I remember Michelle Obama being close, she kind of kept yelling at Barack like, ‘Stop hugging people. Stop being close to people,” she hilariously told Ellen DeGeneres on the Jan. 26 episode of Ellen. 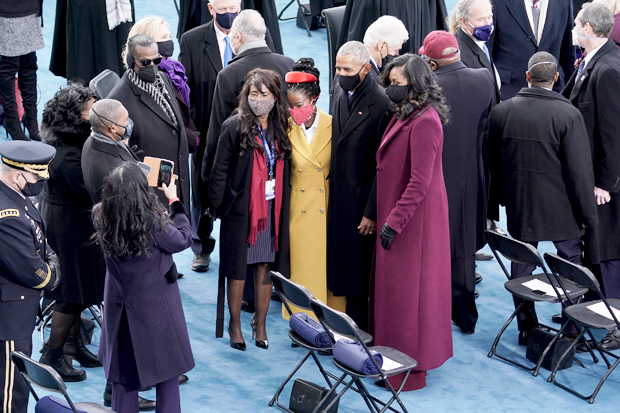 “Then when I was done, she kind of like pushed him out of the way and gave me the biggest warmest Michelle Obama,” she added while motioning a hug with her arms.

The youngest ever inauguration poet also revealed that she met Michelle “a few times before” the inauguration but “not Barack.” 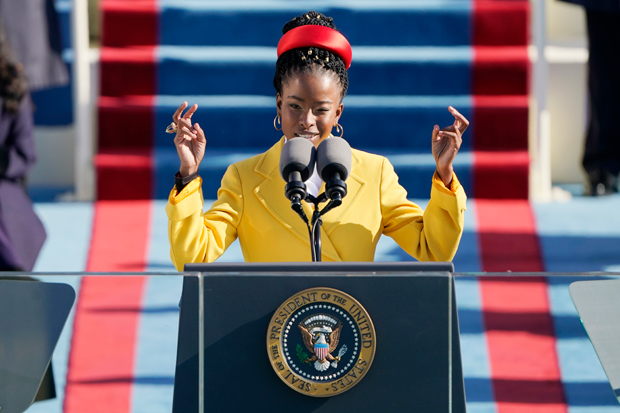 “Whenever I meet Michelle I hope that she forgets meeting me because I just want a do over. I just want a clean slate, like I just want to do it right this time,” she continued telling Ellen. “But she always remembers and she’s always great and when I hug her, I’m so short, my forehead is like in her belly button.”

Amanda’s funny interactions with the Obamas, who looked fantastic at the inauguration, was just one of the many memorable moments she had during the historical day. The talented writer also talked about being at the event with her excited mom and sitting next to Jennifer Lopez, 51, who sang “This Land Is Your Land” and her fiance Alex Rodriguez, 45. “My mom kind of leaned in and was like, ‘That’s A-Rod!’, and I was like, ‘Do you want to get a photo?’ and she was like, ‘Already done, already done’,” she said with a laugh.