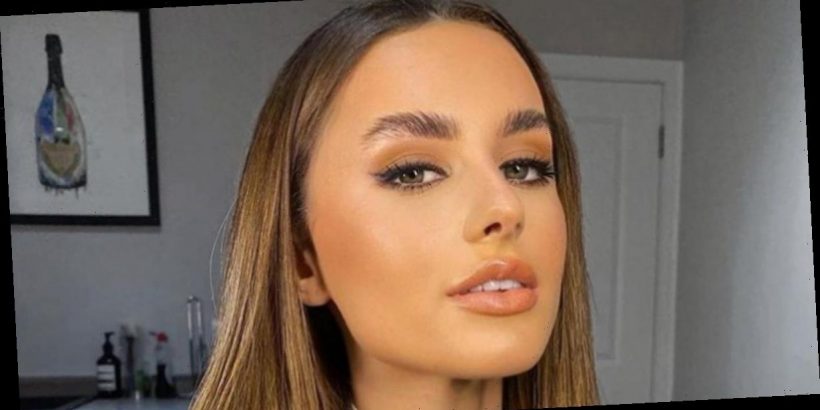 Love Island star Amber Davies has commented on her surprising connection to Bridgerton’s Luke Newton, after he was spotted joining in on a Zoom call with the star.

After eagle-eyed fans spotted Luke, who plays Colin Bridgerton in the hit Netflix show, on Amber’s story, she responded to comments.

Posting another video where she zoomed into Luke, Amber wrote: “To all of the dms saying ‘omg it’s Colin’ yes it is [laughter emoji’” Amber then tagged Bridgerton’s Instagram account.

So how does Amber know the Bridgerton star?

It turns out that Luke is dating Amber’s sister, Jade Louise Davies. Like her sister, Jade is also a stage star and seems to have been dating actor Luke since 2019. What a small world!

Fans have been loving Bridgerton since it was released in December, with the drama set around the introduction of young debutantes to society in early 1800s London.

And while there is plenty of scandal and romance on the show, there are also a big helping of sex scenes between the show’s main couple, the Duke of Hastings and Daphne Bridgerton.

Daphne actress Phoebe Dyvenor has revealed that she fast-forwarded through the racy sex scenes when watching the show with her family.

The actress explained that she was "on high alert" for the intimate scenes she shared with co-star Regé-Jean Page, 31, who plays Simon Basset.

The 25 year old star, who is the daughter of Coronation Street legend Sally, held a screening for her family last year and confessed she held the power with the remote control.

Speaking of her mum's reaction to her performance, Phoebe said: “She is very proud and excited. I watched the show with the whole family, even the grandparents managed to watch it.

“I had to sit there and fast forward on high alert with the remote control. We managed it just about.”

It comes as Regé-Jean recently failed to rule out a romance between himself and his co-star Phoebe. Dropping a subtle hint to Access Hollywood that they are close, he laughed: "I think that everything you need to know is on camera.

"The sparky words, scripts and material are more than enough."

Fans of the show have been obsessing over their favourite actors in it, with some pointing out their surprise at finding out actress Nicola Coughlan’s real age.

The Derry Girls star plays Penelope Featherington on the show.