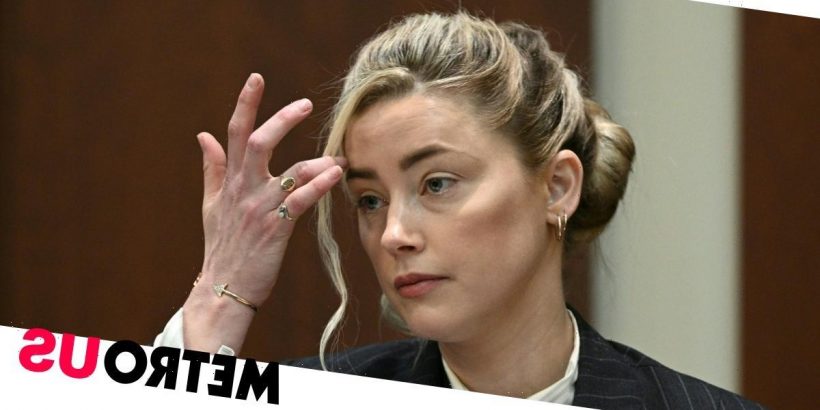 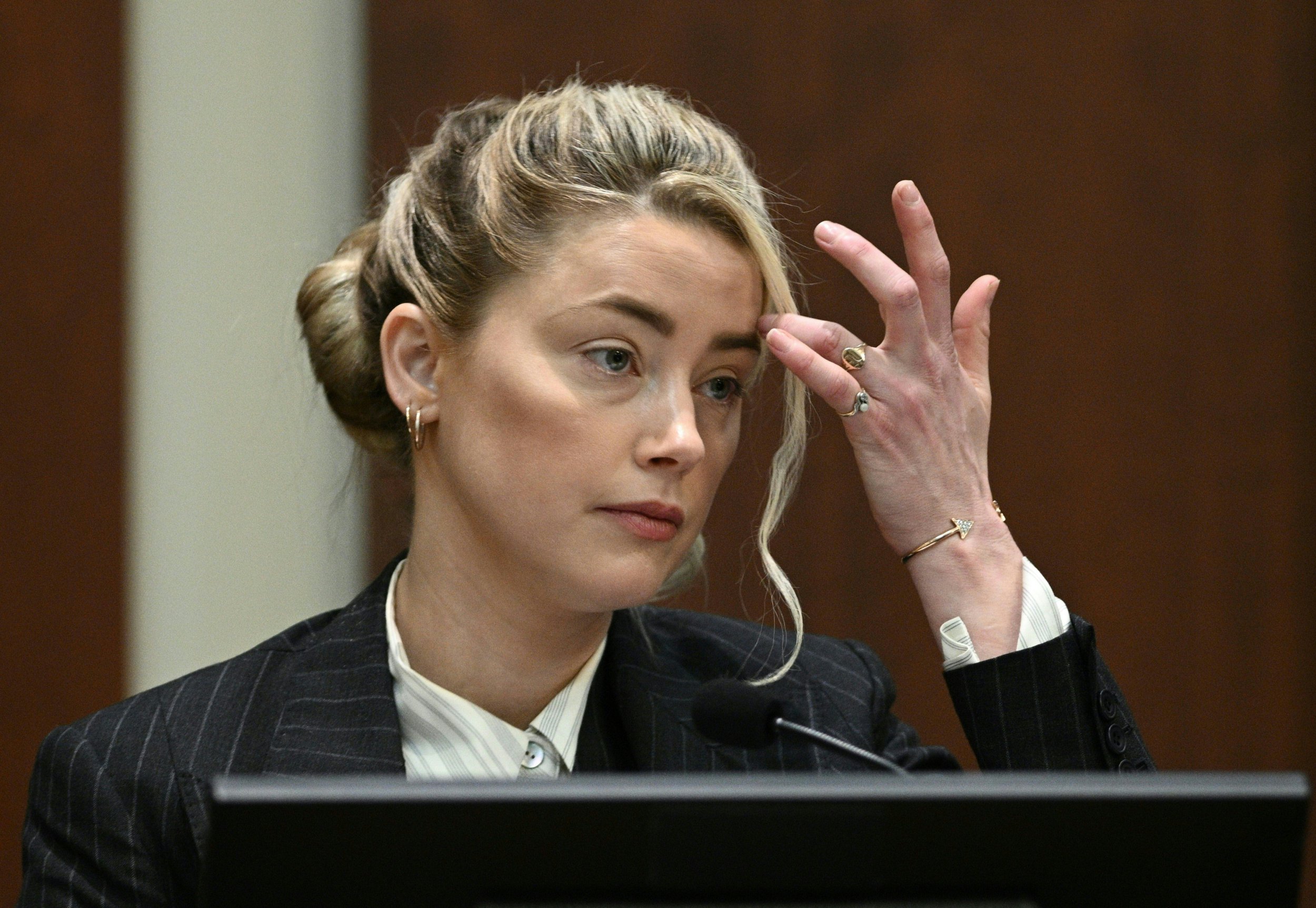 Amber Heard left court on Tuesday with a police escort to help her avoid Johnny Depp supporters who had gathered outside.

The ex husband and wife are locked in a legal battle stemming from an op-ed Heard wrote in the Washington Post in 2018 in which she detailed her experience with domestic abuse.

Depp, 57, and Heard, 36, are suing each other for $50million (£40m) and $100m (£80.3m) respectively, with lawyers for Depp arguing the op-ed suggested Depp was abusive to Heard despite him not being named in the article.

Heard is counter-suing Depp for libel after he labeled her a liar.

The massively public trial, which is being livestreamed across the world, has seen fans of Depp waiting outside the court with signs and gifts for the actor.

On Tuesday, following cross-examination on the stand where she denied assaulting her ex-girlfriend and accused Depp of a ‘smear campaign’ against her, Heard was led out of the court with a police escort.

The Aquaman actress was escorted to a car by police as she was led out an exit that allowed her to avoid the dozens of Depp supporters who had gathered outside.

Photographs taken from outside the court sees Heard being led out of the building, her head down, as officers watched carefully.

Once in the vehicle, Heard was driven away from the court, with throngs of Depp supporters still outside the building as the car drove away.

Shortly before the end of Heard’s time in the witness box,  Depp’s attorney Camille Vasquez brought up previous claims that Heard struck her former partner Tasya van Ree in 2009.

It was alleged at the time that Heard hit van Ree’s arm and pulled her necklace off before being arrested.

However, the charges were soon dropped.

Heard denied the assault claims while under cross-examination and accused the story of having been ‘planted in the press by Johnny’s team’.

She later added: ‘This is another example of the smear campaign.’

Elsewhere during yesterday’s court proceedings, Heard also hit back at claims that she was cast in Aquaman because Depp got her the role.