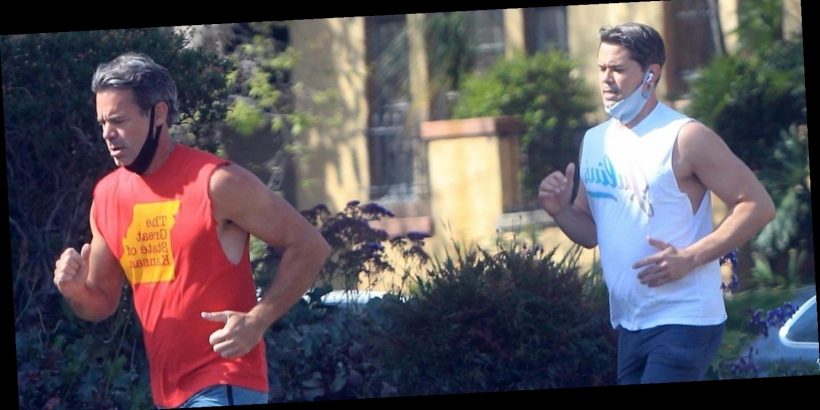 Andrew Rannells and Tuc Watkins are getting in some exercise!

The 42-year-old The Prom actor and the 54-year-old Desperate Housewives actor went for a run around the neighborhood on Saturday afternoon (March 20) in Los Angeles.

If you didn’t know, Andrew and Tuc have been dating for a few years after starring in the 2018 Broadway show The Boys in the Band.

They reprised their roles for the film adaption of the Broadway show which was released on Netflix last year. They also appear together on the Showtime dark comedy series Black Monday.

See the photos of Andrew and Tuc showing off their hot bodies during a beach day!